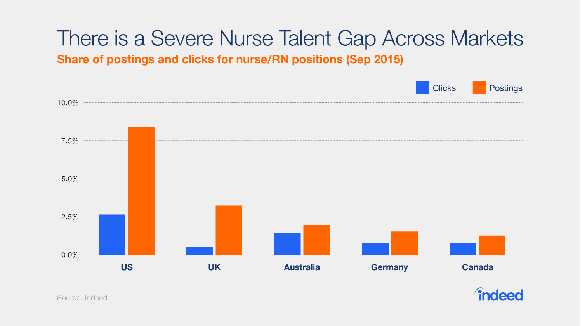 Globalization is one of the most critical forces that influences the new millennium. Human existence and societies on a global scale are also driven by digitalization and urbanization (Kraft et al. 2017). Moreover, Kraft et al. (2017) stated that “Although nursing to some extent bas been a global profession, the expansion to global awareness clearly develops the patterns in nursing knowledge.” For Jones and Sherwood (2013), the globalization of healthcare is responsible for an increasingly interconnected workforce that may also span international boundaries, processes, structures, and systems in order to provide healthcare for people all over the globe. Nurses, due to their representation in the global workforce, are integral for the global healthcare economy. In order to meet global healthcare needs, allied healthcare professionals and nurses often have to move between boundaries, creating opportunities and challenges among countries (Jones & Sherwood, 2013). Therefore, the global nurse workforce is an interesting and relevant topic.

Rationale Behind the Topic

Several researchers have stressed how globalization presents a significant challenge for nursing. According to Kraft et al. (2017), the global approach to nursing corresponds to the challenges of equality and human vulnerability in the 21st century. It was also pointed out that there is a common and global trend towards justice and fairness as it is everyone’s responsibility to face the deeper human rights issues today (Rosa et al. 2020). The global situation today warrants an examination of the quality of care associated with nurses as compared to physicians. Maier and Aiken (2016) stated that care that is led by nurses results in at least an equivalent quality of care when nurses partially or fully substitute for physicians. In addition, this trend also led to improved patient outcomes, reduced hospital admissions, and reduced mortality among patients (Maier & Aiken, 2016). Thus, the introduction of expanded roles for nurses can be supported by robust data, provided that educational requirements are met. In addition, the roles of physicians and nurses are increasingly becoming blurred for the past few decades. In many countries, physicians are becoming increasingly specialized, making it less likely for them to work in rural areas or to take on primary care roles (Maier & Aiken, 2016). The topic is extremely relevant today because of the increasing globalization that the United States, and the rest of the world, is facing. Furthermore, a globalized nurse workforce presents both challenges and opportunities. Therefore, it is a relevant and pertinent topic to discuss, partly because globalization affects all nurses in all countries.

Lobbying for Changes in Globalized Nursing

The World Health Organization has been pushing the boost of the global nursing workforce to cater to the problems of healthcare shortages, as well as the ambitious goal to implement universal healthcare by 2030 (Gordon, 2020). One particular issue faced by healthcare institutions is the role expansion of the scope of practice of advanced nurses. Maier and Aiken (2016) states that this is the most viable solution to the globalized nursing workforce, since boundaries between countries and territories are increasingly blurred. It is important that this issue be pushed into legislation in order to effectively address the shortage of nurses and physician in the country. According to Rosa et al. (2020), one of the first initiatives underlying this initiatives is for government and health ministries to support this issue. During this step, campaign advocates should “call for increased contribution from nurses to policy making, greater investment in workforce development, recruitment of more nurses to positions of leadership, additional research that measures the effect of nursing in certain areas, and the sharing of pest practices across the profession.”

In order to effectively lobby for this nurses issues, a specific agenda needs to be made. According to Rukholm et al. (2009), one of the aspects that is evident is that the quality of nursing education should be increased. This can be addressed by placing checks and balances across all nursing schools in order to have a universal approach to education. Maier and Aiken (2016) found several barriers against the expansion for nurses, and this finding is consistent across different countries. In order to address this problem, lobbying must be carefully planned out. This is because campaigns that are ill-designed will not be able to convince policy-makers to change legislation.

Rukholm et al. (2009) stated that the United States, among all developed countries, has the longest history of experience with nurse practitioners. In the country, variations in nurse practitioner regulations in regulations and financing differ by state. Therefore, prior to launching a campaign in favor of increasing the roles of nurses, state-specific legislation should be studied. This will entail the help of lawyers for the proper interpretation of the law and for guidance as to the best strategies to employ while lobbying. Rukholm et al. (2009) also wrote that there are several challenges against increasing the capacity of registered programs on a global scale. This indicates that these shortcomings represent blocks against improving the quality of education for nurses. In line with this, increasing the capacity of education may mean identifying several other alternative ways to deliver education. Kraft et al. (2017) also stated that reflecting on the Global Nursing practice is important to attempting to reconstruct nursing education. Furthermore, there is a dearth of information on how Global Nursing is conceptualized. In order to overcome barriers, nurses who are engaged in clinical practice need to adopt a critical stance against these problems by lobbying for expanded roles and more freedom for nurses the United States.

Therefore, part of the lobbying process is to encourage nurses to speak up on the issues and identifying the most pressing ones.

According to Landers and Sehgal (2003), healthcare expenditures specifically targeted towards healthcare reach $237 million in the year 2000. These expenditures constituted about 15% of all lobbying and that these were larger than lobbying about other healthcare sectors, including communications, defense, and agriculture. The number of healthcare organizations that lobbied on healthcare reached 1192. Out of these, healthcare products and pharmaceutical products constituted the bulk of costs (Landers & Sehgal, 2003). Moreover, Landers and Sehgal (2003) that the 1995 Lobbying Disclosure Act was designed to provide an opportunity for lobbyists to lobby at the federal levels, including the White House, Congress, and other federal agencies. The law requires those who lobby to submit bi-annual reports that detail the organization for which they were lobbying, as well as the amount spent for lobbying (Landers & Sehgal, 2003).

Furthermore, Landers and Sehgal (2003) stated that “Although disease advocacy and public health organizations have long had meager resources, it is unclear what factors have limited the growth of spending by physicians and other health professionals.” It is clear that lobbying for healthcare is multi-factorial and multi-disciplinary. A team of consultants is often required for lobbying to take place.

In line with this, Landers and Sehgal (2003) described how lobbyists are hired. In particular, lobbyist are hired by insurance groups, specialty organizations, drug companies, public health groups, and other stakeholders in healthcare. Thus, the first step for lobbying concerning healthcare is to hire a lobbyist. In addition, Vernick (1999) stated that there are two types of lobbying: direct lobbying and grass-roots lobbying. The IRS defines direct lobbying as “any attempt to influence legislation through communication with legislators, staff persons, or any other government official who participates in the formulation of legislation,” (Vernick, 1999). Healthcare lobbying is not an easy task but it is essential for changes to happen at the federal level. In order to effectively lobby for nurses, it is recommended that lobbyists should be hired and that the blueprint of the changes be made available to legislators.

Current Relevance of the Material

Global nursing has become a popular topic today, with the increasing advent of globalization and urbanization. Kraft et al. (2017) stated that global nursing is a trend that is occurring because of the blurring of boundaries between countries. More so, Kraft et al. (2017) wrote that the nursing practice is evolved over the last few decades. This means that the occupation is steadily being given a more central role in healthcare delivery. The looming nurse shortage has causes healthcare organizations to lobby for the increased scope of clinical practice. Today, ARPNs are allowed most of the activities that they trained for. The combination of increased scope for nurses and the rise of other allied healthcare professionals has contributed to streamlining healthcare delivery (Jones & Sherwood, 2013). The present issue is highly relevant to nurses today and it is expected to play a larger role in the future.

According to Jones and Sherwood (2013), global nursing is set to become a larger issue in the coming years, in large part because of the influx of nurses from other countries into the American healthcare system. With more and more nurses from other countries coming to the United States, the healthcare system is expected to undergo several changes in order to respond to this scenario. Kraft et al. (2017) also stated that the globalization of nurses can impact not just healthcare delivery, but also healthcare quality. The education and training that nurses undergo should be centralized in order to ensure that they are well-equipped to handle their expanded roles. In addition, lobbying for changes in healthcare can have a significant impact on patients, healthcare workers, and other stakeholders. It is prudent to say that the clinical implications of the current topic is very much couched in the healthcare delivery in the United States. Global nursing can have a substantial effect on how people access care as well as the quality of healthcare.