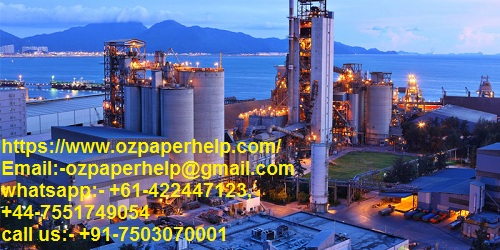 Question 1: Explain the Story and how it changed

The birth of the General Electric Company [GE] coincided with Thomas Edison innovation of the Incandescent electric lamp. Edison would later form the Edison General Electric firm that specialized in the design, development, and distribution of electric and electronic appliances. The Edison General Electric would later teamwith Thomas Houston electric company and through diversification, the General Electric Company was established.  The successful leap of the GE was supported majorly by the ability to source out funds for new developments, setting up policies and internal controls for staff and employees, building a solid managerial hierarchy, and acquisitions and mergers. Jack Welch, the eighth chairman and the youngest CEO ofGeneral Electronics made major innovations and acquisitions (Perry, 2013). The GE acquired the American Broadcasting Corporation and theEmployers’ Reinsurance. It later acquired the National Broadcasting Corporation as part of the deal. In efforts to promote and instill a culture of promotion, Jack Welch, and the General Electric Company[GE] engineered a program titled ‘Work Out’. This program would recruit talented engineers and specialists tocritically examine ways and approaches to enhance product innovation. The Work Out innovation program was the engine behind General Electric innovation efforts as it gave rise to monumental product design and developments (Perry, 2013). It is important to note as a result of a solid leadership style supported and upheld by Jack Welch, the company developed immensely and hence surpassing almost all players in its sectors. The company streamlined efforts to improve efficiency, it adopted change management to deal with competition and market instability, and it cut management levels from nine to six to enhance communication flow (Perry, 2013). The latter effort was also designed to help deal with a deep-seated culture of bureaucracy at the company which hindered growth and affected staff morale.

Perhaps a major blow for the General Electric was the failure to keep pace with key industry disruptions. For example, the 9/11 events led to a major blow in the company’s key sectors. The aviation and the insurance sectors of the General Electric sunk 20%. Also, the CEO who took over General Electric after Jack, Mr. Jeff Immelt, sold less profitable enterprise lines and made less strategic acquisitions. According to credible sources, this failure created an ‘anthrax scare’ which led GE being viewed with skepticism after years of corporate scandals (Duarte, 2017). Also after the change of the company’s top leadership, the company focused on less intangible aspects instead of delving into more important developments like focusing on the bottom line. Another fundamental change set in during the 2008 to 2009 crisis. During this time, a recession and a global economic slowdown affected consumers’ perceptions and left a havoc on the GE financial growth (Duarte, 2017). The company later cut its marketing-led innovation strategy to save operational costs and to curb itself from the prevailing financial scare and shock. These events impaired the GE footing and consequently changed consumer perception about the firm’s core product offerings. In this realization, the GE made a commitment to stay focused on consumer retention by staying focused on growth despite a tough market environment.

Jack Welch first approach was the ‘Number one or two' strategy. The CEO insisted that General Electric had to be the leading or the second in every segment it manages or operates. Failure to secure the first two positions would result in the immediate closure of that particular business line, sector or segment. Welch further sought to reduce the layers of management to boost communication flow and to reduce the bureaucracy at the GE. In this realization, the management levels were reduced from nine to five. The CEO further believed that inspiring employees and staff had a crucial growth benefit. The CEO regularly wrote motivation and thanksgiving letters to employees and the entire workforce. Jack Welch further designed a reward system that recognizes staff contributions in the company. The system classified employees and workers into three major categories; [1] the top 10%, the middle 70%, and the bottom 10% of staff. The top were generously rewarded, the middle employees were empowered and encouraged to emulate the top workers while the bottom staff were fired or retrenched. Other than recognizing employees’ efforts, Jack introduced the elements of high-performing organizations. These elements were titled as the 4E’s; Energizer, Energy, Edge, Execute, and Passion. The CEO’s long-standing commitment to quality improvements and innovation led to the adoption of the six sigma model and approach. Employee training further earmarked Welch leadership style which meant that the staff were trained at three levels. These levels were; the black belt, the green belt, and the master black belt.

Gara, A. (2017). For GE Jeff Immelt, Hundreds of Deals that did not Yield a Higher Return or Stock Price. The Forbes Official.

Goodman, N. (2012). Jack Welch on how to Manage Employees. The Entrepreneur Official. Retrieved