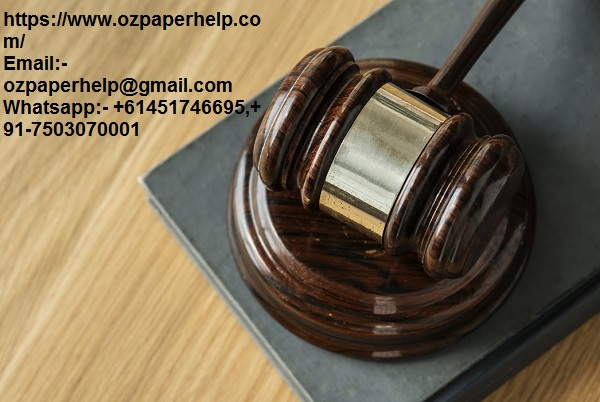 In the recent future, the capital expenditure has been incurred by the firm for the process of capital revenue. Under ITAA 1997 u/s 8-1 the cost of moving is allowed for the process of deduction because this is regarded as an expense in order to move the assets of capital from the firm. As opined by Becker, Reimer & Rust (2015), the moving cost of the machinery is denoted as the carrying cost in terms of a domestic way and the firm is in need of investments for the future. As per the ITAA 1997, u/s 8-1 the expenses can simply be deducted from the company's total revenue. This process has been incurred for the earning in the future. The moving cost of machinery in the firm is allowed for the process of deduction from the net review of u/s 8-1 of ITAA 1997.

Act in terms of revaluating assets is noted as the cost which is suffered by the firm in order to showcase the business value. In the ongoing business, the evaluation cost is suffered by the firm. As per this act, the total amount can be deducted from the income of firm which is incurred in terms of carrying out the purpose for the business in future. As asserted by Braunerhjelm & Eklund (2014), the cost which is denoted as the evaluating assets while suffering for carrying out the purpose for the business thus, 8-1 of ITAA 1997 the cost that has been suffered from companies revaluating assets is deducted from the firm income.

In the future firm is incurring in terms of having the investment as well as carrying out the cost from the firms in a domestic nature. While opposing for the petition of liquidation the cost is incurred as the legal charge for the firm. The petition for the liquidation can be incurred in terms of the legal charges of the assurance conducted by the firms on a regular basis. Hence, it is observed that the cost is needed for winding the company and it is not the domestic cost while carrying out for the trade of the company in the future. As per Carney, Gedajlovic & Strike (2014), under the 8-1 of ITAA 1997 the cost while legal charging in terms of opposing the petition of liquidation cannot be deducted from the firm's income.

The cost that has been incurred for the legal expenses in regards to the business solicitor fees in terms of discharging the firm's solicitors, mortgage as well as the providing legal advice while tackling the clients in the business. As opined by Friedman (2013), the cost that is used for convincing is under one head in the expenses of domestic incurring for the continuous activities of the business. Hence, this type of cost is allowed for the process of deduction under the section of 8-1 of ITAA 1997. Thus, the cost can be incurred in terms of decreasing the issue created by the liability from the firm's head.

The tax that has been collected is calculated on the basis of input tax from the output tax in terms of the trading body or the bank. As per the ITAA u/s 1-8, there is a responsibility for the trading in terms of the banking institution for providing tax that is needed to be collected by the government. In the opinion of Kaplan & Nadler (2015), while providing the services to the clients of the bank, Big Bank Ltd uses some of the percentages of tax on the given services that is termed as the input tax. In addition to that, the bank pay tax in the form of output tax while having the loan or incurring the indirect expenses such as advertising expenses. When it comes to the payment of GST the total sum of input tax is deduced from the total sums of bank output tax (austlii.edu.au 2017).

As per referred case, the respective bank has managed a total sum of $ 1,650,000 (GST inclusive). On the other hand, the total expense of the advertisement is $ 1,100,00 that includes the advertisement for television, campaign and in printing such as the radio with the medium of wireless advertisements. Having more than 50 branches along with that various call centres as well as a 10-storey head office. Hence, total expenses which are incurred of $ 2,650,000 (1,650,000 + $ 1,100,000), the tax Practitioner Board rate of input tax has immense importance for Big Bank including the rate of tax which is equal to 10% of the essential service of advertising. It can be seen that the advertising of Big Bank includes all the services for increasing the trade in the bank.

Hence, the output tax levied in terms of the amount of bank to $ 165,000 ($ 1,650,000 * 10%). Moreover, in the recent years, the bank has been issued for invoice expense of advertising form the overusing amount of a consultant to $ 1,650,000. In addition to that, it is seen that the amount that has been from the recent year in the input tax credited amount of $ 165,000 ( $ 1,650,000 - $ 1,485,00) after the amount deducted from the prepaid tax pay amount of $ 1,485,000. Moreover, the Big Bank Home and the Big Bank Ltd both of them had launched a brand new product which is related to the firm insurance in a partnership mode that includes the 2% of the net profit and there can be a loss while transferring of the book of the Big Bank Home. Hence, the amount of the input tax credit to ($ 1,485,000 - 2%) to that of the amount of $ 1,455,300 (approx). The tax amount that is gathered while calculating will be credited to the Big Bank account because the money is paid to the firm on the basis of prepaid and this is known as the forming of the assets of a company. Thus, the Big Bank can claim the issue with the advertising consultation.