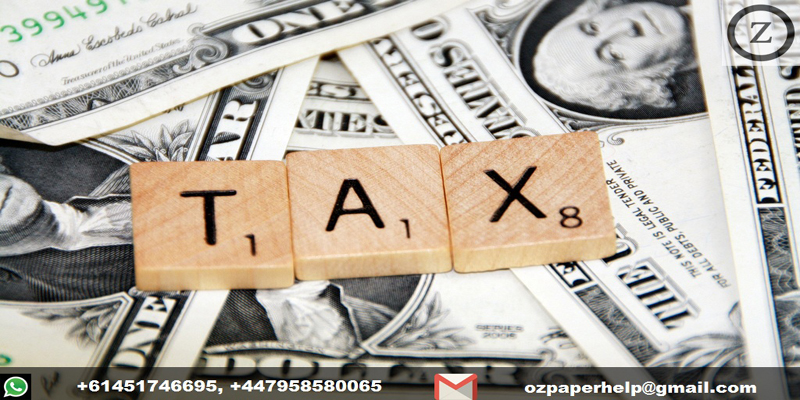 Q1. Advising the client on how the following expenses and items will be judged pertaining to the tax purposes under the Australian Taxation law

a)      Application of Australian taxation law on a provision of the lease by a landlord of a flat.

In relation to the leasing of flat or any premises to others, one must include the full amount of rent earned on the income tax return. This includes individual tax return from sections pertaining to the supplementary sector. It also includes the accessible income such as salary and wages to be reported on the income return. However, some claiming of expenses are done for a period of the year such as construction expenditure and cost of depreciation. The lease negotiation of $15,000 should include the perspective of GST if the flat or the apartment is given a lease for commercial purpose. The owner needs to register for GST for a one-off business like leasing. If the lease is taken in the form of commercial property the tenant’s payment of $15,000 will be tax deductible. The amount includes running expenses in the form of usage of facilities of home or making a convenient income from a business inside the home 72 ATC 4094; (1972) FC of T v. Faichney (1972) 129 CLR 38; 72 ATC 4245 and 3 ATR 165 (1972); 3 ATR 435 (Faichney's case). These cases are related to it.

b)     Application of Australian taxation law on the insurance amount paid by the insurance company to Cheryl pertaining to her warehouse getting destroyed.

The damages and compensation of $500,000 paid to Cheryl by the insurance company constitute income since it is received in the form of recurrent and periodic payments. The compensation will only be provided until Cheryl comes back to the capacity of building a warehouse again and the warehouse becomes capable of producing income. A single receipt of a mixture of capital and income may be apportioned amongst ordinary and capital income respectively. The commissioner will give a receipt which cannot be dissected into components of income. Regarding this the commissioner has appointed certain laws such as   TR 95/35 (capital gains: treatment of compensation receipts), TR 97/3 (capital gains: compensation received by landowners from public authorities), TR 99/19 (capital gains: treatment of forfeited deposits, installments and damages), and TR 94/29 (CGT consequences of a contract for the sale of land falling through.)

The lodgment of objections requires certain steps such as

●       Researching the issue and prepare the objection.

Further information about the payment is needed for lodging an objection. Boris paid an amount of $500 for the lodgment of his income tax return on 2015-16 and another $800 for the lodgment of the objection on the assessment of 2015-16. This clearly states that the income tax return has been at fault pertaining to its assessment. Boris did the job with the proper procedure and paying the amount. However, he still didn't get any positive results out of it. The Australian taxation laws which are valid pertaining to these cases include the objection rights and appeal under Part IVC of the Taxation Administration Act 1953.

d)     Application of Australian taxation law on James’ lunch expenses in the hospital.

James has a yearly expense of $2000 over lunch at the cafe in the hospital. Since James works in the hospital, he is entirely capable of claiming the expenses. The yearly expenses of James at the cafe fall under the office expenses. Since James is already working for the hospital, the institution in return is earning a considerable amount in the form of service through James. As per as this policy James is completely entitled to a deduction of taxes on his lunch expenses. An employee may apply the deduction of expenses under the running costs of the office. The laws which James can look forward to regarding this case  are (Thomas v. FC of T [1972-73] ALR 368; 72 ATC 4094; (1972) 3 ATR 165 and FC of T v. Faichney (1972) 129 CLR 38; 72 ATC 4245; (1972) 3 ATR 435 (Faichney's case).

e)      Application of Australian taxation law on hiring venue and providing food and drink to the clients.

●       The domicile test includes Usman’s test on domicile which is proving the place as broadly the place of residence.

●       If Usman stays in Australia for more than 183 days of his income year then he is eligible for the residence of Australia.

●       Thirdly the superannuation test which includes only for those residents working outside Australia.

In case of Usman since he went to France only for 60 working days of his income year and stayed or will be staying in Australia for the rest of the year. Usman becomes eligible for the residentship in the country as an engineer. He went to France for a short notice so his income there and also the period of stay will be taken as a negligible concern against his residentship in Australia.

Q3. In April 2016, Norman, a hairdresser had bought his residence consisting of 3 rooms in Melbourne for $ 700,000. Apart from the purchase, stamp and legal duties cost around $ 70,000. After a year in the same month of April 2017, he spent $100,000 to arrange for a small part of his home which was suitable for a hairdressing business. He used two of his rooms and established it fully at his home. He started to make his own business from his home since the following month.

Norman had started his business with a good initiative at the beginning as everything was going according to his plan. Several issues can take place in this context as the list of entities involved in his business can be of legal action. However, a major point which became an issue pertaining to his business was choosing two rooms out of the total three in his home. As a result, he was demutualising his own asset for commercial use in order to earn an extra income. This can become an issue if Norman does not follow proper rules while buying the house. If the ex-owner of that house was a policyholder and the house was owned at lease by the ex-owner, this can create a severe problem in continuing his business.

According to “Income Tax Assessment Act 1997”, Section 3.5 of Annual Income Tax and Section 9.1 List of entities can be the two supporting laws for the above issue. According to Non-CGT consequences of the demutualisation under “Income Tax Assessment Act 1997, Section 315.310”, it is clearly stated that an amount of statutory income or ordinaryincome of an entity to which the subsection (2) applies is not assessable.

This subsection (2) applies to an entity which:

(a)  is, or has been, a policyholder (within the meaning of the Private Health Insurance (Prudential Supervision Act 2015)  of, or another person insured through, the demutualising health insurer; or

(b)  is issued with the demutualisation asset, or receives the payment, because of the death of a policyholder mentioned in paragraph (a).

The above law is applicable when Norman faces a serious issue pertaining to his business. He needs to pay taxes in order to go ahead with his business successfully. Thus, as a result, he needs to go by the laws of entities.

Norman, despite thinking of various rules and laws which can affect his hairdressing business can easily abide by the rules and regulations of the above-mentioned ACT which will also help him in a gain of a capital of tax implications.