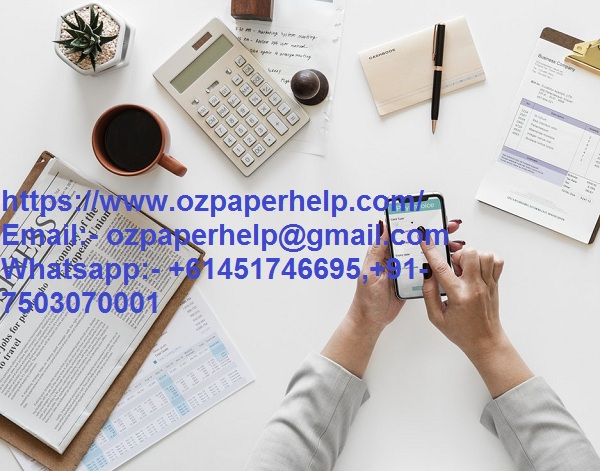 The Income Tax Assessment Act of 1997 provides several cases on how expenditure on some items is to be treated for tax accounting purposes. The various expenditures incurred by a business are treated differently, depending on their classifications. The following are few situations, and how they are treated:

a) During project execution, machines may be moved. Some cost is incurred when moving machinery from one site to another. The cost incurred during such movement of machinery is known as expenditure on capital, or capital expenditure. According to section 8-1 of the Income Tax Assessment Act of 199797, there are no deductions on capital expenditure (Afshari-Jouybari, H., & Farahnaky, 2011).  When these costs are involved, the depreciation of the asset increases, increasing the amount of depreciation included for the purpose of accounting.

b) Revaluation of assets is sometimes needed in order to obtain insurance policies ( John Wiley & Sons, 2012). Sometimes, this process may incur some expenses in terms of paying the valuers and other associated costs.  These kind of expenses results into increase in expenditure on fixed assets (Fritz, & Schiefer, 2009). Tax deductibility on these expenses occurs if the expenses result to reduction of the capacity of the entity to make profits.  Under section 8-1 of the Income Tax Assessment Act of 1997, if the expenditure positively influences the capacity of earning revenue, then it is deductible for taxation purposes because such benefits are not to be experienced for a long period of time.

c) Legal expenses incurred by a company opposing a petition for winding up.

Companies are legal artificial persons who have the capacity to enter into legal suits on its own without the involvement of the owners. As a result, it will require the services of legal personnel, which are paid for. During winding up, legal cases are involved, and there two factors that are considered when deciding on the taxation behavior of the expenses involve. These are the structure of the expenditure and effect on the ability of the business to earn income. If there is an interruption on the normal operations of the business, it means that the ability or capacity of the firm to make profit is negatively affected. In this case, the expense is a capital expenditure, hence no deductions made (Afshari-Jouybari, H., & Farahnaky, 2011). Looking into the other side, if the results of the case greatly influence the general process of the business operation, the expenditure involved is considered as revenue when accounting for taxation.

Lawyer charges, litigation fees and many other legal expenses are incurred during the life of any business entity (Hoch, Roeding, Lindner, & Purkert, G. 2010). These kinds of expenses are known as investment or business expenses. They affect the normal operations of the business and are fully deductible.  There are many business expenses, which include but not limited to the following: negotiating employment terms with order workers and wrongful dismissal expenses, defamation charges, evicting a tenant who has defaulted in rent payment, to mention but a few.

The following costs are also deductible:

Costs incurred in arbitration; settling disputes arising out of employment agreements are deductible for both employers and employees. Costs of amending existing terms and conditions of employment with the same employer are also deductible, as well as the Costs of renewing or extending a contract of employment that have a fixed term (Gelinas & Dull, 2008).

There are other legal charges incurred by individuals, which do not amount to any effect on the business. Those incurred by individuals are not deductible, and include loan discharge expenses, borrowing expenses and expenses on lease payment valuation, the cost of negotiating employment contracts, defending driving charges, charges of sexual harassment in the workplace, eviction of a tenant after term expiry, etc. They are capital expenses in nature (Fritz, & Schiefer, 2009).

Section 8-1 of the Income Tax Assessment Act 1997 is the key provision which relates to general deductions ( John Wiley & Sons, 2012). This provides that one can deduct from their assessable income any loss or outgoing to the extent that it is incurred in gaining or producing the assessable income or it is necessarily incurred in the course of doing business with aim of gaining assessable income.

Moreover, the section allows the taxpayer to subtract all losses suffered in the process of acquiring assessable income. Taxpayers are not however permitted to deduct a loss of capital or domestic nature.  Capital expenses are quite hard to claim an allowable deduction.