SYMBOLISM IN THEATRE AND CINEMA MOVIEPITCH 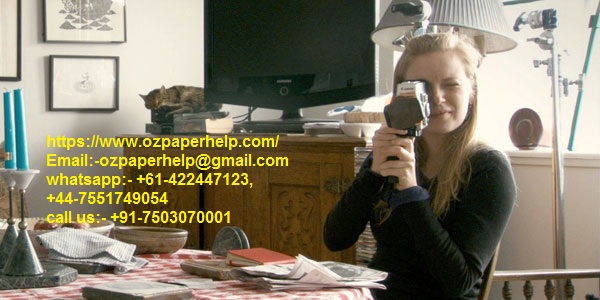 SYMBOLISM IN THEATRE AND CINEMA MOVIEPITCH

Pitch for a movie is described as a very concise verbal or even visual presentation of an idea for TV series or a film, (Doyle, 2012). This could be made by a movie director or a screenwriter to a studio executive or a film producer for reasons like financing a screenplay, (Mosso et al. 2011). The film in question is known Unstoppable Love that falls under the drama genre and specifically the romantic kind. One major symbolic character in the movie is the appearance of an owl in a tree nearby a river. The symbol is significant as it reflects a bad luck for Zamrai who had planned to go and see a witch doctor to help him get rid of a man who he thought had stolen the lady that he loved and would like to be with. The other symbol is the first-hand touch that Sasha and Vicky had when they attended the same interview. It means a lot as both of them get attracted to the texture on one another’s body.

The movie is set at a Mumbai Suburb and talks about a love that could not be stopped. The main body shows a mix up of hate from one party and love on two sides. The three principal actors are Sasha, Vicky, and Zamrai. Sasha starts as a single lady who attends a high-class college to study electronic engineering. She is in the same school as Zamrai. However, Vicky attends a low-class middle college studying the same course as Sash. They eventually graduate and apply for jobs in the same electronic company. In the meantime, Zamrai had already got employed in this industry in the Human Resource department. The results of the interview are out and everyone scrambles to have a look at the list. Vicky seems to make Sasha fall in the process. However, she does not but supports herself with Vicky’s hands when she feels something special at the moment. She does not get the job while Vicky gets. However, she appeals and is told that she has missed some requirements. Zamrai tries to talk to her that she would help her only if she agrees to be his girlfriend. She does not give in but struggles to get all the requirements despite the attempts from Zamrai to lure her. She finally gets the job and is taken to the sales and marketing department near the same department as Vicky. They would, later on, form a formidable relationship. Zamrai would struggle to get rid of Vicky, but his attempts would fail as Sasha and Vicky are in an unstoppable relationship.

Staging a Scene from the Movie

The scene would be made to look as representative as possible. The scene that will be shown is the moment when Zamrai tries to cross the river to go and see the witchdoctor. The background would show a river, an owl on a tree, fire, and crocodile in the river. The sound effects would resemble that of an owl and also reveal terrifying moments like a situation when the tension of the actor is raised at the site of a crocodile. This would reflect terror. Zamrai would dress in Black clothes with a red hat to show his demonic nature. A sad music would be played the moment he moves to the river bank to sail to the other side of the river.