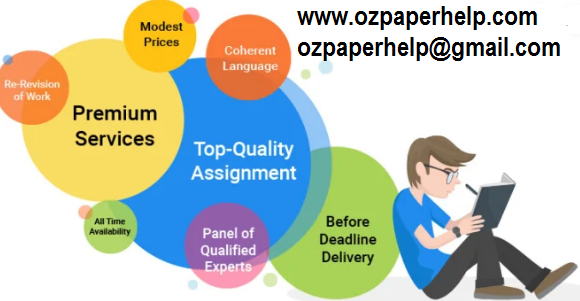 Purpose of the report:

The purpose of the report is to understand the challenges and the issues faced by the Australian postal corporation along with the suggested recommendations to overcome them. For this purpose, initially a brief introduction of the company is given in the introduction part of the report.

Importance of the purpose:

The importance of the purpose is that the organization is facing a huge loss and hence a strategic analysis process is necessary to be done to sort out the problems and pick out the solutions for the problems.

The key outcomes of the report include:

a)      The Asian postal corporation is under huge loss and the reason for the huge loss is due to the absence of innovation and the stiff competition put by other industries like Fedex and DHL.

b)      The existing strategic business plans needs to be closely examined and should be improved.

c)      The company was facing huge loss due to the growth of the other import and export organizations that carry out their trade activities with the aid of the e-commerce activities.

d)     The final outcome of the report talks about the introduction of the digitalized platforms within the industry in the future in order to improve the customer experience.

This assignment is written to understand the challenges faced by the Australian post. To examine the issues associated with the great postal industry of Australia, an effective case study analysis is done.The Australian postal corporation is located in Australia with its headquarters in Melbourne serving across the nation with around more than seventy thousand employees operating in and around Australia. The organization is a government aided one and has employees working in Australia offering the effective parcel and the postal services. The postal service’s comes into practice when the people are in need of receiving the commodities or goods from their family and friends staying in Abroad. At this place, the process of importation and the exportation comes into place where the goods are transferred from one place to another with the help of the flight services which may either through air, water or through land. The Australian postal service offers its customers with the most reliable services. The assignment discusses on the challenges and the issues faced by the Australian postal services and what kind of competition is faced by the industry which had lead to the declination of the existing profit levels of the multinational corporation. From the case study, it was seen that the major issues were faced by the industry was due to the stiff competition faced by the Australian postal services with Fedex. Apart from this, even though the organization runs with the aid of the Government bodies, still it faces some issues with the organizational structure and the non-availability of the efficient security mechanisms which results in the leakage or the stealing of the goods in between the time of delivery from the sender to the receiver.

The case study is necessary to be discussed and the issues are to be highlighted because nowadays a majority of the country’s business are relied on the importation and the exportation process which are highly linked with the operational function of the logistics and the postal service offering companies like Australian postal services (Abbott, 2018).

Political factors: Political factors are those factors which influence the organizational business operations through the impact of the power produced by the political parties prevailing in a specific country. This is the most important factor because the rich political parties have not only the control over the nation but also have the control over the multinational organizations. In the case of the Australian Post, the business enterprise is highly under the control of the Australian Government and there are no possibilities of the impact of the political power on the organization.

In this context, the economical factors influencing the Australian postal services are the economies of the Australian country. As per the surveys and the history, it was seen that the Australia is a highly developed nation when compared with other countries and the lifestyle and the working standards of the people are so high.

The legal factors influence the company’s working standards are the legal approval of the company to be established in Australia. The Australian postal service company is the most reputed organization and the organization is legally approved by the company (Johnson, G., Whittington, R., Scholes, K., Angwin, D. and Regnér, P., 2011)

b)      Growth: The growth phase determines the growth of the industry and here the growth of the Australian post is determined and analyzed. While analyzing the growth phase of the industry, the Australian post initially started its business by the establishment of the postal services. Later the business components were partially composed of the logistics industry along with the import and the export of the goods to the foreign countries. It was seen that the Australian post have widely expanded its business across several countries with the huge mass of the skilful employees. The growth is also determined when the postal services of Australia have tried to get emerged with the e-commerce activities.

c)      Shakeout: This is the stage in which a certain shake happens within the industry. The shake will be in the form of either the consolidation of the industry with the other industry or the elimination of one part of the industry if it is unable to bloom in the competitive market place. In the case of the Australian post corporation, the shakeout will occur through the consolidation of the Australian postal services with the logistics company. As the partial of the organization is comprised of the logistic activities, then the business operations of the company will be consolidated with that of the logistic firm. In this way, a shakeout is brought in the organization.

e)      Decline stage: This is the last life cycle stage of the organization and in this stage the standard of the organization is completely destroyed and the profit levels are highly lowered. The lowering of the profit levels may arise due to the non-availability of the industry to overcome the tough competitions put by the competitors and the non availability of the advanced technologies and the innovation processes. This stage is the last stage of the lifecycle process and this is the most necessary stage to be examined to check whether the organization is in the declination phase or in the booming phase. As per the case study, the Australian post corporation had shown a declination phase where the profit levels of the industry has been declined when it faced a heavy competition with the industries like Fedex and DHL (Dobbs, 2014).

c)      Intensity of the existing rivalry: This means that the intensity of the growth of the organization is determined. When the existing industrial rivalry is high, then one can say that the industry is highly positive and moving towards the higher path. As per the caste study, it was seen that the Australian business was booming rapidly in spite of its tough situations with the high level competitions with Fedex and the unsatisfied customers. The business of the Australian post corporation was able to boom its business at high levels and was able to open up the industries in several countries. Intensity of the organization is highly necessary to be examined to check whether the business has set a right path to attain a remarkable business growth and to achieve high levels in the industry (Narayanan, V.K. and Fahey, L., 2005)