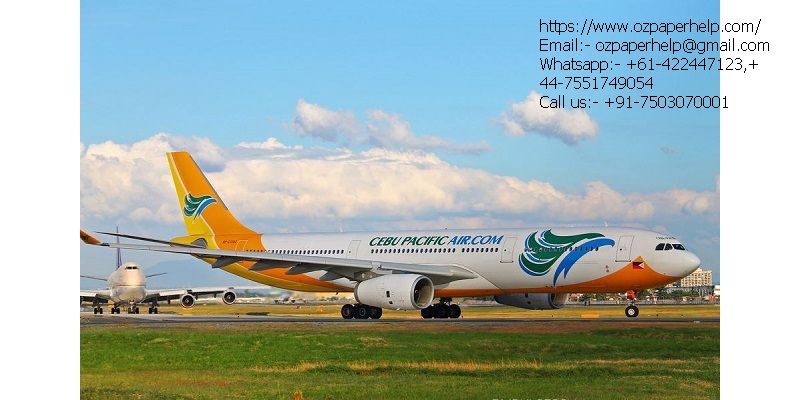 Air transport is a major industry in the world economy on its own, with air travel revenues usually accounting for about 1 percent of national GDP. Air transport has a widely acknowledged impact on the development of world trade and tourism; and, from a wider perspective, the fast and safe air transport of people and goods to any place in the world facilitates economic, political, and social change. The main operators of passenger air transport, the commercial airlines, comprise a challenging industry characterized both in the US and the rest of the world by low profits and high volatility in returns. A distinctive element in the airline business is that most of the largest carriers in the world are enrolled in one of the three existing international strategic alliances—one world, Star Alliance, and Sky Team—which are often recalled as the global airline alliances. These networks of airlines provide their members with a rich international route portfolio at a marginal cost that would be difficult to be reached through organic growth. As air transport services have been liberalized new competitors have entered the market. In most cases, the incoming carriers have adopted the low-cost, low-frills business model, contrasting with the full-service of incumbent traditional carriers.

Today there are three Global Airline Alliances (GALs) in the world: Star Alliance, Sky Team and One World. Formed during the period 1997-2000, more than a decade later half of the seating capacity in the world and around 80% of the intercontinental traffic between Asia, Europe, and America are served by airlines enrolled in the Global Airline Alliances.33 Since their creation, the number of GAL members has been increasing from year to year. The number of destinations covered by the three alliances has followed a similar pattern. The birth of airline alliances is historically linked to the development of the hub-and-spoke scheme and the need of airlines to build domestic and international networks. After the US Airline Deregulation Act of 1978, US airlines shifted their network structures from a point-to-point scheme to a hub-and-spoke scheme as a way to increase their efficiency through hub economies. Large US carriers established code shares with more cost-effective regional carriers to feed their larger and more profitable medium-haul and long-haul networks, initiating the regional alliances. At a different scale, independent US international carriers without strong domestic networks, like Pan American and Trans World Airlines (TWA),found themselves at a competitive disadvantage against other competing carriers with both domestic and international businesses, as they did not have a domestic network to feed their international routes. In fact, both carriers ended up disappearing in 1991 and 2001, respectively.

International alliances began less a few years later after deregulation, as US airlines realized of the benefits of expanding the national hub-and-spoke network structures to a multi-hub international network in which foreign carriers and large US carriers could feed each other’s traffic through code sharing connections. Airlines were aware that controlling and operating a hub in a foreign country was politically infeasible, because of regulatory limitations to sabotage and foreign ownership of airlines. It is through international alliances, foreign airlines with strong domestic networks could feed international routes of their alliance partners, and vice versa, exploiting economies of hub density in a multi-hub network.

According to Iatrou & Oretti (2007), the first international alliance was formed in 1986, when Air Florida began feeding British Island with passengers from its US network for the code shared British Island’s London-Amsterdam route. Fernandez de la Torre (1999) mentions American Airlines and Qantas point-specific alliance in 1985 as the first international code share agreement.

During following decades, large carriers found themselves in scenarios with high incentives to develop intercontinental partnerships. In the US, pressure from low-cost carriers (LCCs) forced US legacy carriers to focus more on transatlantic services due to their higher profitability. In the international scale, competition with smaller-scale, less efficient European carriers put US carriers in a better competitive position against its EU competitors; despite that, the impossibility for foreign-based airlines to establish hub-and-spoke networks in the EU by themselves forced US carriers to partner with European carriers through strategic alliances. In Europe, the smaller domestic markets had made foreign services crucial for major carriers, and some European airlines had already more than 30% of their profits from transatlantic services (Egan, 2001). The creation of the European Union single market, combined with the persistence of barriers to entry, and the existence of very few US carriers to form an alliance with, also drove European carriers to consolidate through international alliances and mergers.

Many of the first bilateral and multilateral alliances were in the transatlantic market. KLM and

Northwest Airlines formed in 1988 the oldest strategic alliance, and the most important bilateral alliance of the 1980s. Swissair and Delta Airlines partnered in 1989. In the early 1990s, other bilateral strategic alliances in the North Atlantic were British Airways-US Airways, and United-Lufthansa. From that time, until the consolidation of the three Global Airline Alliances (GALs), there were other attempts of multilateral airline alliances.

Two main characteristics can be pointed out from these alliance projects. First, with the exception of the three Global Airline Alliances and Wings (KLM-Northwest Airlines’ alliance), all other multi-airline alliances were led by Swissair. Second, the majority of the partnering carriers were small-and medium- sized European airlines, which were seeking for either a transatlantic link with a US-based carrier, a strong European alliance, or both. They were pursuing a competitive edge against the “Big Three” European carriers (Air France, British Airways, and Lufthansa), in a recently liberalized European market (Knorr & Arndt, 2003).