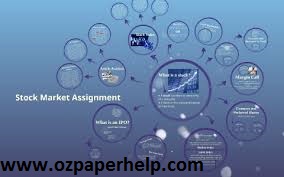 Insurance begun its business almost a century back. Insurance business gained momentum in East Pakistan during 1947-1971, when 49 insurance companies transacted both life and general insurance schemes. These companies were of various origins British, Australian, Indian, West Pakistani and local. Ten insurance companies had their head offices in East Pakistan, 27 in West Pakistan, and the rest were located outside Bangladesh. These were mostly limited liability companies. Some of these companies were specialized in dealing in a particular class of business, while others were composite companies that dealt in more than one class of business ("Insurance - Banglapedia", 2017).After the liberation the government of the People's Republic of Bangladesh in 1971, nationalized the insurance industry along with the banks in 1972 by Presidential Order No. 95. By virtue of this order, all companies and organization transacting all types of insurance business in Bangladesh came under this nationalization order. This was followed by creation of five insurance companies in the life and non-life sector:- 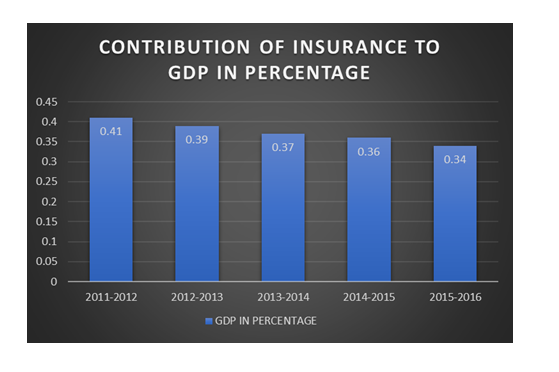 47 insurance companies are listed with Bangladesh stock market. Insurance sector is an important sector in the stock market though it has not been contributing sufficiently to the benchmark index as the other financial sectors like Bank and Financial Institution. In last few years, they are at good sectorial position in the DSE. The listed companies with their category are:- 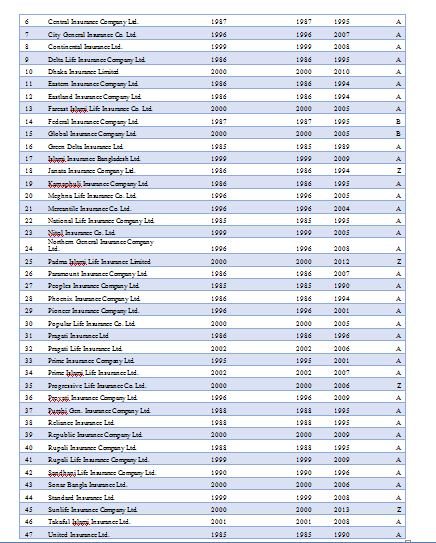 This report is prepared for the intention of analyzing the performance of listed insurance companies at DSE since 2012. the report is mainly split into three parts. Firstly, briefly analyze of key financial results of al insurance companies considering net premium income, operating efficiency, and return ratio (in percentage) and earnings. Secondly, insurance sector’s performance in terms of turnover value and market capitalization. Third, a correlation matrix between insurance sector and banking sector and insurance sector and financial sector based on the sectors market capitalization throughout four years (2013 - 2017). 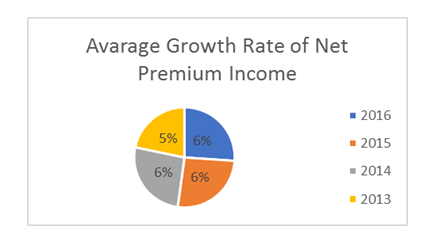 Return on assets (ROA) is an indicator used to assess financial performance. The profitability of the 35 listed insurance companies taking into account dividing the net profit after tax by average total assets were in decreasing trend during last few years. 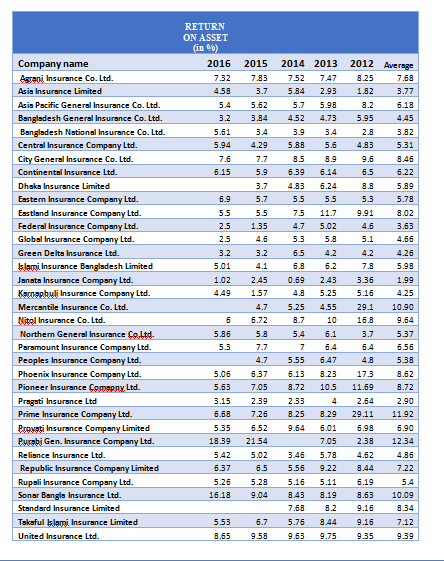 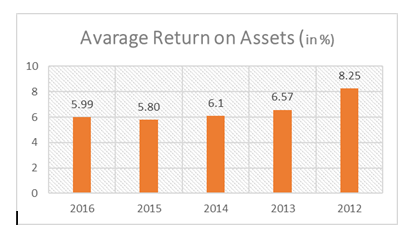 Earnings per share (EPS) is the summarized results of all income and it unveils a lot about the financial health of a company. Earnings growth is gauged by using basic EPS for the years of 2016, 2015, 2014, and 2013. 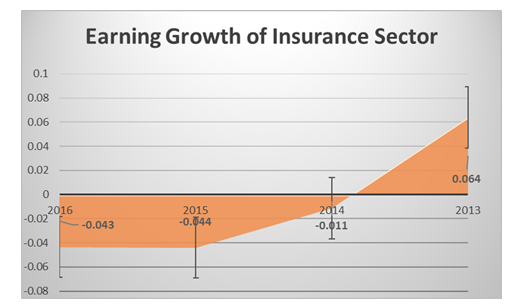 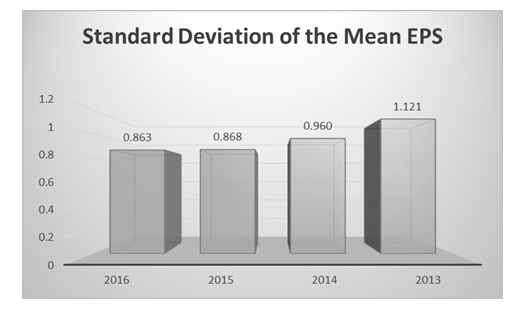 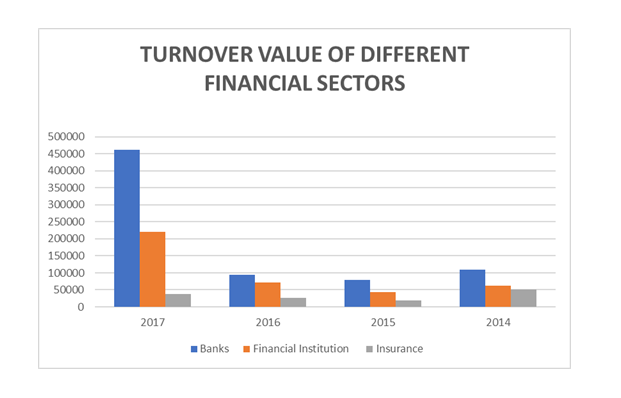