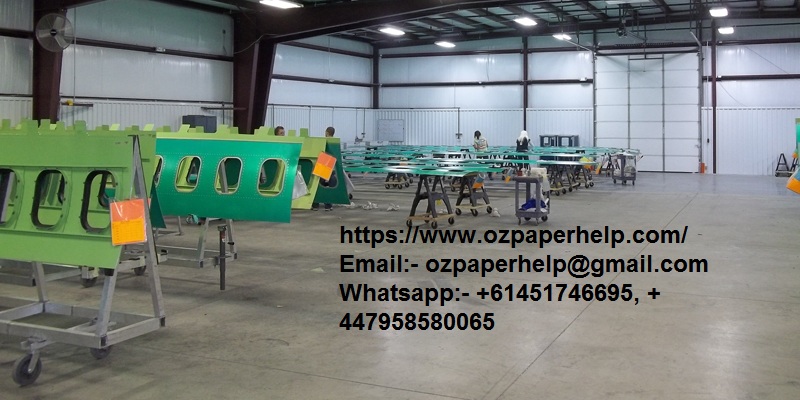 Industrialization of industrial development also helps to build the international image of the country because if a country has industries and technology its role and its position in the economic domain increases it plays more significant role in the economy at the international level. This industrialization also facilitates trades because if country produce boards products then send both products abroad and earn foreign exchange. Industry also helps to reduce dependence on others if any country has not industry then it will never progress and not compete the international level  and rely on others for small things and even small day to day use items and also for building economy and always looking to other for help in any situation.

Industrialization is the change the economic and social society from agrarian group into industrial group through manufacturing and advance technology that re-organized the economy and more efficient for labor to solve the problem of human.

Industrialization is also important for providing lot of opportunities to the citizens for employment. Like if a set-up of industry in any area of Pakistan than new employers higher on the industry for work and many jobs create that helps the citizens for improve their living standard and for better future its ultimately effect on country progress. Therefore its helps to economic development of the country the overall prosperity and in this way industry become integral part of your economy. Industrialization also facilitated reduction of poverty, provide employment, job opportunity and industry also help to improve the quality of life and can produce products and goods which are needed for bringing comfort to the lives of ordinary people for the betterment of the quality of life. Industry is also important for building defense and security potential of the country.no country has powerful defense and security arrangement unless it is backed up with industry

There is a two kind of industry in Pakistan first the general industry and also have defense related industry. Industries that directly produce goods and products which are needed for defense weapons and military equipment’s. If any country really developed like united states they could produce aircraft and ships and other items that are needed for defense therefore, when examine the defense potential of the country then also look at the economy of that country and when looking at the economy of the country than go to the area of industrial development work and check the technologies and manufacturing ways of the industries and what kind of industry a country has and how far a country a self-sufficient in defense production and defense industry.

Economy is the network that applies to everyone from individual to regional, national and international level that helps to procedures, distributors, and consumers of good and services according to geographical location. Economic activities include natural resources, raw material, labor, capital, new technologies for production of anything.

Economic development is qualitative terms which increase real national income and functional change in the economy of a country. A process of development that involving the transformation and gathering of the economy through industrialization for raising the gross domestic production and for social and structural changes of a country that compete the international level.

Economic development deals with the growth and reformation of an economy to improve the economic welfare of people that live in a particular place (IEDC, 2005). The primary effect of economic development is raising income and wealth. (Blair 1995; Cheshineet al, 2004). The economic development process combines the capital, labor, and technology of a region in such a way that helps to promote economic and social welfare (Balkely et al, 2002). The backbone of the economy is the technology that improves the way of living. Economies which are rich in term of human capital will grow faster as compared to the region having less (Romer 1990). Economic development supporting the competitive edge of a region in order to favour its adjustment to rapidly changing global markets (Darbenstott 2005; Proter 1990).