Spatial Distribution and growth of Industries 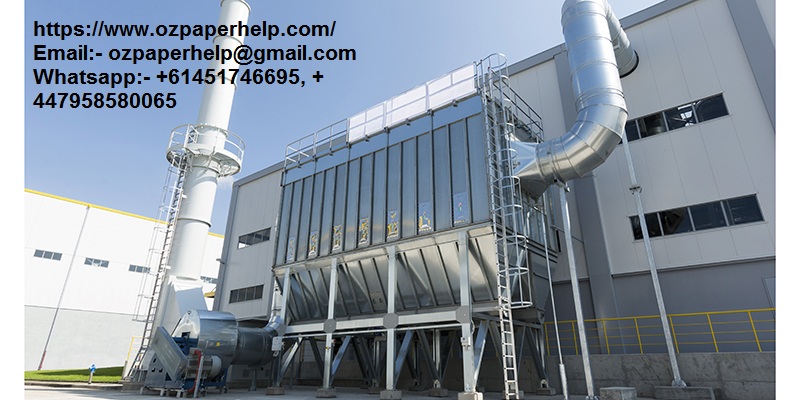 The term industry is used to describe a very specific business activity that influences the geographical factors of location and development with the use of raw material and then distributed at the finish products. Industries bring up to the production of economic good and services. Industrialization of industrial development also helps to build the international image of the country because if a country has industries and technology its role and its position in the economic domain increases it plays more significant role in the economy at the international level. This industrialization also facilitates trades because if country produce boards products then send both products abroad and earn foreign exchange.

Industry also helps to reduce dependence on others if any country has not industry then it will never progress and not compete the international level  and rely on others for small things and even small day to day use items and also for building economy and always looking to other for help in any situation.

Industry is the economic activity that concerned with the procedure of making goods in factories/chimneys with the help of raw material and heavy machines, manufacturing. In the beginning world has an agrarian time period at 18th to 19thcentury, then change the agrarian economy to machine and industries called the industrial revolution.1700’s; the beginning of manufacturing was just using hand tools or basic machines. Developments of the steam engine industries' mark a major history after these machines make progress. Iron and textile industries developed and increased a large number of varieties and volume of manufacturing goods and improved living standard. Through these give employment to the others and reduce poverty.

Due to encourage and increase in activities increased in commercial, foreign and domestic. That all conditions of industrial revolution changing the people from rural to urban and industries provide high technology that automatically increases the economy and move into the world of a new era. After the 20th century world becomes more advanced that discovered new firms and digital technologies which helps people more economical and support industries that make world gross domestic production increase.

Industrial structure and cluster have different pockets that varied according to geographical location, competitive labor skills and historical backgrounds. The overall industrial structure of Punjab is a combination of both Large and Small Industrial Estates. But the Small manufacturing estates have huge potential for development that is vital for the industrial growth of the province.

Punjab has an agrarian areas and it playing a leading role in agricultural production. The economy of Punjab is depending on agriculture, although industry has also a significant contribution. Punjab contributed almost 68% in annual food grains in the production of the country. Estimated 5.1 million acres is cultivated in Punjab that fulfill the requirement.

In 2003 Punjab produce 90% manufacture of the paper and paper goods, 71% manufacturing production of the fertilizers, 69% of the sugar and 40% of cement. In 2000 the numbers of reporting factories are 2364 and in 2015 the number of reporting factories are 3590 and the small and cottage industries include. There are 39,033 small and cottage industrial units in 2003 in Punjab. Divisions of Lahore and Gujranwala have the largest density, small light engineering units. Sialkot district is famous in surgical instruments, sports goods and cutlery goods. Punjab province is also a rich in minerals, which deposits of coals, gas, petrol and rock salt that are the second largest mine in the world. Dolomite, silica-sand and gypsum over hundreds economically valuable projects is running under the Punjab Minerals Development Corporation.

Industrial activities depend on industrial geography. The analysis of approaches and form of manufacturing geography is depends on locations. Location change the implication of local development and theme of the industries. Each factory stands in a certain spatial relationship to other factories and economic phenomena and the participation of every industry and development makes it location decision(Hayter 1997).Industries may be  concentrated or dispersed, it may also incline towards regularity or taken more random form. Weber(1990) discussed the problem of location of according to cost of minimization. The main factors of industries, according to location or cost of labor and transportation and one of the additional local factor is agglomeration (WEBER 1929). Walter Christaller (1933) was primarily not interested in an industrial location. In Punjab all of the districts plays a significant role in industrial development and growth. Lahore is the major of the industrial city because it is located at the canal bank and river Ravi and other industrial areas is Sundar Industrial Estate that is located approximately 45Km from the center of Lahore. There are 255 factories in production in October 2012 and 345 in 2013. Rawalpindi district is specialized in nine sectors. Two industrial estates of Rawalpindi district are SIE TAXILA and MIE Gujar Khan. SIE Taxila is located at about 7km from Taxila and MIE Gujar Khan started at G.T road Gujar Khan city that approved for chemicals food industries and engineering.

Industries cover a number of plots or sheds. If the area is large then it provides a number of plots that can be utilized for industries. Punjab is the largest province of Pakistan and industrial share is higher rather than the other provinces of Pakistan. In Punjab Bhawalpur is the largest district, according to the area, but only 252 industries in 2012,because the two-third part of it covered by the Cholistan desert. The district of Rajan Pur area is 12,319 Sq.Km.and most of them are covered by forest and only 102 industries are located on Rajanpur. It means industrial located in highly populated and development areas and agriculture have been done in less developed areas.