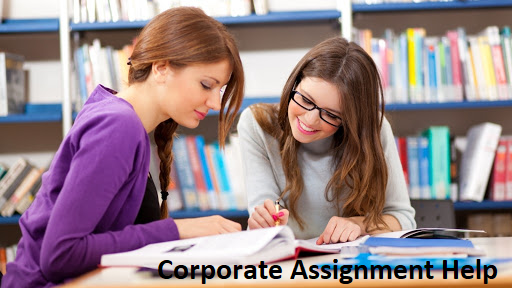 The business and trade sectors all over the world are growing tremendously in almost every domain ranging from manufacturing and production to research and development. The huge scale globalization in developed nations like USA, Australia, European nations, etc. and almost every developing country like India and China is resulting into a strong business market which demands high productivity and sustainable expansion along with operations. Hence, it is also becoming difficult to manage all the business operations in a balanced way as it results into some critical issues like delay in transportation and dealing with bulk orders. It is essential to manage the time and available resources effectively so that it does not result into some unnecessary consequences to any individual person or organisation. Therefore, corporate governance, which is a technique for effectively managing all the business activities, is required in every business sector to ensure that all the operations go in a proper way and the laws of doing business constraints or ethical values and morals are incorporated necessarily in business and corporate sector.

The non-doctrinal research is generally preferred in cases where legal provisions and the regulations issued by some high level authorities need to be considered. Moreover, this particular research consists of the interrelationships shared between the legal authorities and corporate organisations. By doing the research, the corporate governance policies and regulations that are followed in India have been considered initially and every specific detail has been analysed properly including the framework and different models of corporate governance. After completing the study about frameworks, techniques and models of governing the corporate sector of India, the primary stakeholders’ bodies that are involved in making the corporate authorities and bodies function properly have been studied. The authorities that regulate the policies of good governance in corporate sector have been studied from the Indian perspective and then the similar things in United Kingdom have been compared.

There have been many features of the Indian Framework on corporate governance that are of the international recognition level. Moreover, the Indian government has made necessary amendments and has also established various authorities that look after the corporate activities of almost every domain of business in India. The Companies Act 2013 was enacted in the Indian Parliament which has provided some powers to the high level corporate departments like the board constitution and the independent directors to make certain decision in favour of the company by making proper consultation with other stakeholders that majorly include large investors. Following are the major corporate governance authorities that looked after the smooth functioning of corporate business without violating any law are compromising any ethical or moral value.

The board of directors regulates the policies to be followed within the organisation that are focused towards the increase in performance and proper expansion of the organisation. We provide the roles and responsibilities to the senior executive department including the CEO and other senior members of the company. They look after the working progress and performance of the company in terms of statistical figures and reputation among the stakeholders .

• Shareholders of the company:

The shareholders of any corporate organisation have a crucial contribution towards the development of the company. They have the responsibility to follow every task provided to them in a specific and discipline manner so that the output of the organisation is according to the desirable criteria mentioned by the board of directors and senior executive department. Moreover, the shareholders also have to execute the operations according to the rules and regulations formulated by the company as well as the government and have to maintain the records of every activity in a proper way.

After conducting the online survey with the general population of India regarding various reforms in the Indian corporate governance sector, mixed findings have been obtained from different people. Majority of the people have provided their opinion in favour of the existing Government of India by justifying the actions of the Indian government. However, there are many people who have also criticized the Indian government for various reformations that have affected the stability of the Indian economy. The primary reformations like introducing the goods and services tax and taking some bold initiatives like “Make in India” and “Digital India” program have been widely supported by the Indian population. However, there is a huge section of the same Indian population that have criticized the government for such steps stating that it is a coercive action against the people of India by forcing them to use digital transaction methods when majority of the Indians are unable to use internet.

The quantitative data analysis about finding the effectiveness of corporate governance in India has included the results of survey which was conducted online using Facebook and YouTube where more than 6000 people have posted their result and voted for the most appropriate option according to their own respective perception. Following is the outcome of the online survey conducted where four different questions regarding corporate governance in India were asked to the Indian general people on Facebook along with their responses and post analysis.

Responding to the question about the effectiveness and intentions of the government behind demonetisation the two biggest currency notes in Indian economy, majority of the Indian general population supported the government and said that government has taken absolutely right decision by demonetising the two big currency notes. Most of the Indians believe that due to the presence of rupee 500 and 1000 notes it was easy for many corrupt people to store these notes without notifying to the government. Therefore, they were able to save a huge amount of taxes when conducting cash transactions and hiding it from the government. Out of the 18,246 people who participated in the survey, 6,457 people absolutely supported the government on this action followed by 4,284 people who believe that the step was quite good. There were around 2,943 people who are not sure whether the government has taken the right step or not followed by 2,411 people who considered it to be a bad step and 2,151 people who considered the government to have taken a disastrous step for the Indian economy. Therefore, it can be said that the Indian general population is with the government on this step because corruption and undeclared money had become a serious problem in India which was questioning the quality of corporate governance in the country.