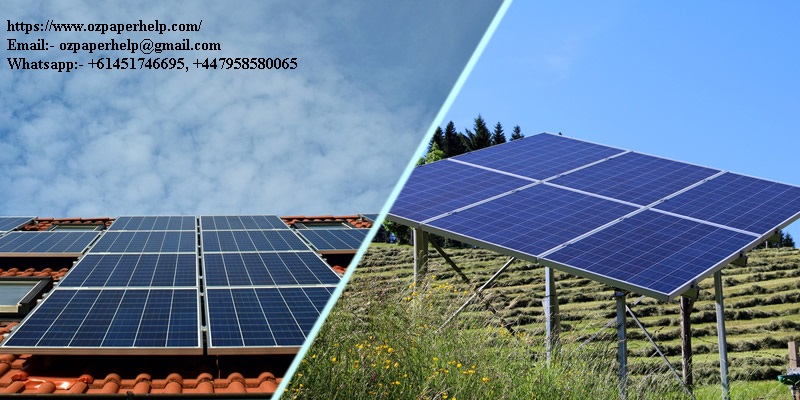 Several benefits associated with solar system encouraging people of Australia to install it for domestic as well as for commercial purpose. Feed in tariff is the mechanism adopted by various states of Australia to promote use of solar system. This system allows the owner of solar system to enjoy tax privilege. Under this scheme, once solar system is installed then owner will enjoy certain waive from electricity tariff.

Every working person in Australia is entitled to have a tax file number (TFN). The main payable tax in this country is income tax which is levied on individual’s salary and wages, investment income and business income.  The amount of income tax and tax rate depends on the individual’s earning. The Australian resident’s first $18,200 earning is tax free whereas foreign resident is require to pay tax from the first dollar of taxable income. There are certain tax deductions relating to some expenses which can be claimed if those expenses are connected to earning the taxable income.  An individual has the right to subtract these allowable deductions from one’s total income to determine the total taxable income. Private, domestic or capital expenses fall outside the scope of general deduction. Along with allowable deductions, an individual may also be entitle to claim ‘tax offset’ which directly decrease the amount of tax payable on individual’s taxable income. Tax offsets are usually known as ‘rebates’[1].

Electricity tariff is the pricing structure which is imposed upon the customer for energy consumption by retailer. In Australia, there are several types of tariff structure for electricity which encompass single rate, block rate, off-peak, time of use and feed-in tariff.  A feed-in-tariff is a mechanism which fixed a premium rate in order to pay for electricity fed back into the electricity grid generated from designated renewable electricity generation source[3].

Currently, there is no uniform tax mechanism in Australia to encourage or promote solar use. However, there are indirect tax protections for the solar system user at state level. Those tax incentives are applicable for both grid tie as well as grid off solar system.  Grid-tied Solar Electric system generates electricity for home or company and sends the excess generated power to the utility company. As mentioned above, there is no general or specific tax deduction allowable for solar use.

However, there was a rebate program by Australian Government for installing solar panels on home as well as in community use buildings. The rebate offered up to $8,000 for installing solar system.  In 8June, 2009 this program was replaced by the Solar Credits program where an installation of a solar system would receive Renewable Energy Certificate under Renewable Energy Target.

Feed in Tariff is the most lucrative feature introduced by several states in order to promote solar system usage which till now appeared as immense success.  Number of factor influence this tariff system which include the price paid, whether it is on a net or gross export basis, the maximum size of installation allowed and the type of customer allowed participating. Net feed in tariff allows the PV solar owner to enjoy privilege for surplus energy which is generated by their solar system whereas gross feed in tariff enjoy the privilege for each kilowatt hour produced by a grid connected system.