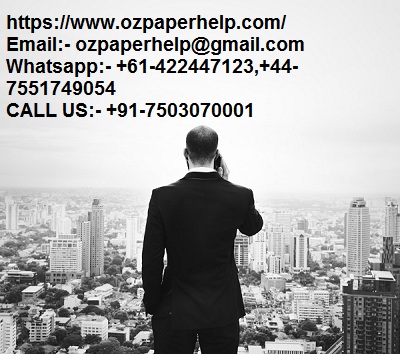 McDonald’s is a fast food chain that operates globally and is most famous for its range of hamburgers. McDonald’s was founded in 1940 as a single restaurant in California, USA by brothers, Richard McDonald and Maurice McDonald. After 15 years of operation and being a success, a businessman named Ray Kroc, joined McDonald’s in 1955 and initiated the seemingly unending expansion of McDonald’s. Ray Kroc eventually bought out the company from its founders. The expanding trend continues till date as new outlets of McDonald’s are being opened throughout the world in large numbers. As of December 31, 2016, McDonald’s has its global presence through 36,900 outlets in 120 countries . McDonald’s serves over 69 million customers daily and serves them with a wide range of options from hamburgers, cheeseburgers, chicken products, French fries, breakfast items, soft drinks, milkshakes, wraps and desserts. At present, the number of McDonald’s employees sums to over 1.5 million workers throughout the world which are employed by the company’s franchisee setups and entities, either in individual capacity as or business organizations. The number of employees, including corporate office employees and those working at company owned restaurants is 375,000 . Of all the outlets of McDonald’s, 5,669 are owned by the company and the remaining are franchised to various franchisees of both private as well as government roots in different countries.

Richard and Maurice McDonald started the first McDonald’s restaurant which was different from restaurants of other burger chains and fast food outlets in terms of its design. The brothers had planned the layout of the building in a manner similar to production line of a factory where work stations were present for different tasks of the entire process. This smartly designed system reduced time for preparation of meals and was vital in the initial success of the company. To date, McDonald’s outlets are operated on a similar system; only bettered with experience gained over 70 years of the company and with the aid of technological advancements. Originally a company selling hamburgers, McDonald’s diversified its range of products with time as well as owing to the requirements arising from the expansion of the company into new areas where cultural needs and eating habits differed from the US. McDonald’s is the largest private operator of playgrounds in the US, of which several are linked to the outlets and remains the single largest buyer of beef, pork, potatoes and apples. McDonald’s is run by a board of directors which is headed by Steve Easterbrook, a British corporate executive .

Founders of McDonald’s, the brothers Richard and Maurice were not in favor of expansion of the company to a large extent and wanted to keep the business confined to few locations. This was contrary to the vision of Ray Kroc, who joined the company later on and was bent upon expanding the company without limits into several countries and all continents. This difference led to a fight for control of the company which was won eventually by Ray Kroc and thus began the expansion spree. McDonald’s owns all the land on which its outlets are operating. The revenues of McDonald’s are comprised primarily of the rental payment of the property from franchisees, franchising fees and royalties on the products. Further, the total income of the outlets that are owned by the company goes to the McDonald’s Corporation. Due to the large base of its operations, strong techniques of marketing, presence in the industry since long and popularity among the masses, McDonald’s has outdone its rivals for a long time. The company manages and operates its outlets in joint venture with different local entities and governments . More than 80 percent of the revenue of McDonald’s comes from Japan, Korea, Australia, France, Germany and the US. Among the reasons vital for expansion as well as acceptance of McDonald’s in different countries was excellence of customer services. The company provides the customers with quick and accurate service with several options and has the ability to cater to the needs of hundreds of customers at a given time . The impact of cleanliness was also a reason for high desirability of the company’s restaurants. Especially in East Asian countries which are sources of high revenues for the company, McDonald’s was the first company to provide its customers with clean restrooms. In order to compete with McDonald’s other restaurants and businesses followed the same practices. In China, McDonald’s has entered deals with the Chinese leading oil company Sinopec, which benefits both the companies. This is based on the surge in trends of the Chinese public to visit McDonald’s for their Drive-Thru meals. The company’s main strategies include adaptation of the culture of the locality where it is being run which results in the modification of products accordingly as well as the reflection of this adaptation in its services. The expansive strategy is a success and stems from the worldwide recognition and likeability of McDonald’s, its Golden Arches symbol and the clown figure Ronald McDonald’s; all of which are great marketing successes .