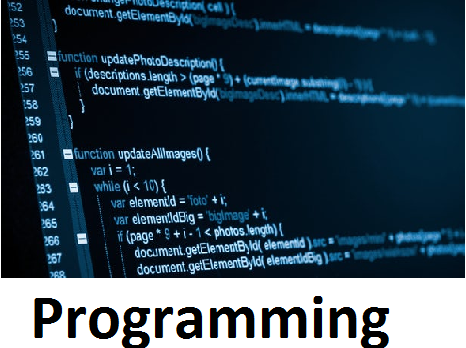 P1 provide definition of what an algorithm is and outline the process of building an application.

Programming algorithm is basically a type of recipe which explains the exact procedure required for the system to crack any hitch or to attain a particular goal. It’s just like when a particular dish or something is to be made, there are a particular step and procedure for that, like ingredients, and what is to be done first and how much time that step will take, then further what next.  So, in the world of the computer, the recipe is referred to as a ‘Procedure’ and ingredients as ‘Inputs’. The computer system takes a glance at the procedure, follows it and then allows the user to see the result, which is considered as an ‘Output’. The Programming Algorithm describes the way or method of doing something, and the computer system does its exact same manner. But there is a reminder that the programming algorithm is not any sort of computer code. It is simply written in English or in any other language which the programmer speaks. There is not any sort of blabbering in the coding or any long discussions, it just simply has a start, mid part and an end. On top of it, there is always a major possibility that there will be just two things, i.e. start and the end. It will only include what is in need or carrying the task. It doesn’t have any sort of lengthy procedures. Also, It doesn’t have ambiguous. A Programming Algorithm will always lead directly to a solution, and the solution is always efficient. There can be many steps, but keeping the number of steps minimum is better, as there is no possibility of any sort of misconception or any misunderstanding.

An algorithm can be might be written in the form of any list of all the steps or in any flowchart manner in which everything will be explained in the form of shapes and arrows.

Examples of both the algorithm are as follows:

In a stepwise manner, the algorithm consists of the catalogue of steps manner wise like following. Following is a simple algorithm generated in order to receive an email address. Like there will be simply a numbered list of steps in a simple English language, not even in a very complicated manner.

Step 2: the user’s email address is going to be accepted through building a variable.

Step 3: Variable has to be cleared in case if it is not empty.

Step 4: Email address of the user is going to be needed.

Step 6: Email address is going to be checked by seeing the responses that are stored inside it.

Step 7: If obtained address is not valid then move to step 3.

6)    If the value is greater than the middle element then, search in right array list.

7)    If the value is smaller than the middle element then, search in left array list.

Now we implement the Binary search in C language.

7)      Now again take input from user for entering the element that need to be searched.

10)  Check if array of middle is less than search if yes then first= middle +1.

In a flow chart manner also, the algorithm is always expressed in a very simple manner. Like there is a button which is the same as an algorithm, but the only difference is, that it consists of arrows and shapes, simply like a map.

So, in the above flowchart, the following things are explained stepwise.

Step 1 is simply a sort of a reminder notifying that there exists a procedure having a beginning and an end.

In Step 2, there is created a place in the computer for storing the variable.

In step 3, the variable is cleared, because it might be used again, and by deleting it, there will be no chance of content mixing.

In step 4, the user of an email address is been prompted.

In step 5, the user has to stick in the nifty variable.

In Step 6, the computer is commanded to have a close look at this email address, like is it correct or not (Meinecke, 2018)

P2 Give an explanation of what procedural, object-oriented and event-driven driven paradigms and their characteristics and the relationship between them.

Procedural Paradigm: This is a programming prototype which uses a proper top to bottom technique, i.e. it analyzes a sequence of a properly arranged stages and steps in the framework of its programming to develop a program. And within this, every commands, functions and statement are properly arranged in a systematic way to complete an entire task or a program. This procedural programming language is also defined as an Imperative language. As the name of this programming itself suggests that this language depends or existing organized events or functions which already are in the design of the structure of the program, which states all the parts which are in the system and helps to reach the desired state.

Object-oriented programming (OOP): This is a sort of a programming language of a computer system in which all the other operations are needed to be defined alongside the types of the data of the structural data. Therefore, the structure of the data develops like an object, which has all the functions along the data. And, with this, the programmers can create a connection between both objects.

Event-driven programming: This program targets events like a base for developing the software. These events are those which might be used by the users, and the concept of this sort of programming is the importance of the application and the programming development.

·         In this, the transfer of the information is done from one form of the function to the other form.

·         If there are some big functions, then,in that case, all those large functions are further divided into smaller functions.

·         In order to protect data of the function from others, there does not have any such techniques are available like appropriate and effective ones.

·         Inheritance: This is a sort of character in which the classes and objects can have the properties or the characteristics from the parent class.

·         Encapsulation: In this characteristic of the OOP, data cannot be directly accessed, because the data is already hidden. And to have that data, there is a necessity that they must interact with the object, which will be responsible for the data.

·         Abstraction: Whenever two totally different objects interact with a similar object, they in turn handle with the various set of attributes.

·         Objects:  These are basically a sort of structures which interact with the data, and there working measures.

·         Polymorphism: This is basically done by the help of the overloading process.

Following are the relationships in the Procedural, EDP and OOP:

When OOP along with EDP is considered, all the basic characteristics of OOP like Inheritance, Polymorphism and Encapsulation stays unbroken,

There exists an Orthogonal property, which means EDP and OOP, both can be used at the same time.

To provide more deatailed information over the use of IDE to implement an algorithm into an program, here I am choosing Visual Studio IDE by highlighting its usages, features and more.

Features of Visual Studio are:

1.      It is used to write very high-quality of the code and also the tools for the testing of this high quality of the given codes.

2.      It is very fast in terms of fixing up the code also in writing and navigating.

4.      For customizing the IDE, it uses an extension from thousands of others.

5.      It is effective in collaborating and uses very control of version.

4.      Also used for navigating and writing the codes.

5.      It is basically used for writing a very high quality of the code for the profile.

·         There is compiler feedback for the real-time environment.