PRODUCT PURCHASES AND THE ECONOMY 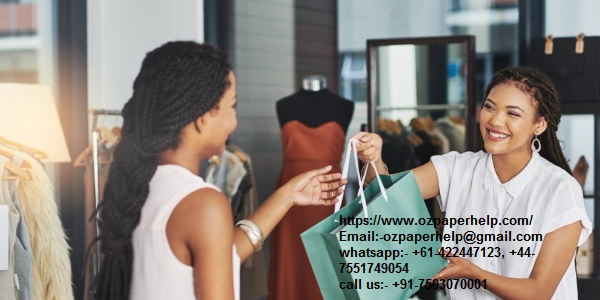 PRODUCT PURCHASES AND THE ECONOMY

Various economic indicators affect the supply and demand of commodities in the economy. These economic indicators include unemployment rates, real GDP, inflation rates, interest rates and housing starts. Consumers will usually base their consumption decisions on these factors and the suppliers as well analyze these factors when making production decisions. This paper will specifically look at the demand and supply of cars and how they are affected by various economic factors. The main factors that will be discussed are inflation and unemployment rates.

Inflation is referred to as the general increase in the levels of prices of different commodities and services in the economy over a particular period of time, (Arnold, 2014). Annual rates of inflation shows the comparison between the current prices with the previous year’s prices. For example, if the inflation rate is 10%, then it means the prices have risen by 10% over the past 12 months. This rate can be measured by using the consumer price index (CPI) or the Retail Prices Index (RPI).this is made possible by using various goods and services in two baskets. On the other side, unemployment refers to a situation where people who are willing and able to do a job does not find the job. Unemployment rate therefore, refers to the measure of the spread of unemployment in the economy and calculated as a percentage of the unemployed people over the current labor force. High unemployment rates are usually experienced during periods of economic recession in the economy. These two economic factors affect the aggregate demand of cars in the economy. They also affect the prices that suppliers charge on these cars.

Rising inflation rates has severely affected the demand of cars in the last two years in the United States. The car industry is undergoing various problems due to this increased rates of inflation. The most affected people are the consumers of these cars. As inflation rates increase, the cost of producing cars also rises. This begins from acquisition of raw materials whose prices increase. Due to the rise in the prices of the required materials, the overall cost of production will increase, (Oliver, 2010). As the costs increase, the producers will be forced to raise the prices of the cars. Nevertheless, this has to take place since they have to gain back the production costs. With the increased prices, the consumers will have to minimize the amount of money they spend on buying new cars. Most of them have tended to keep with them their old cars fearing incurring the extremely high costs of acquiring new cars. Therefore, the aggregate demand of the products has been greatly on the decline in the United States and the United Kingdom. This has made most people to demand more cheaply made cars from the countries of Asia such as Korea, china or japan. Due to this, the expensive cars have experienced low volumes of sales during the inflation period over the past two years. The cars from Asia are cheaper since the labor costs is relatively much lower in those countries than the USA while in USA and parts of Europe, the costs have gone up in order to cover for the effects of inflation. Increased rates of inflation can also cause prices of fuel to hike. Due to the increased price of fuel, the demand of cars may relatively fall by a certain margin.

According to data from the bureau of Labor Statistics, the unemployment rate has increased in the United States over the last two year. Recently, it stood at 7.6% in May this year which was a significant rise from 7.4% in April,(World Bank Group, 2015). However, many analysts expect the labor market to improve. Increased unemployment rates can result to mixed effects on the demand of cars. This is because it does not necessarily mean that when unemployment rates increase, the demand would automatically fall. The demand of cars can as well increase due to availability of more workers to purchase those cars in the future. The rising unemployment means that more workers have either lost their jobs or workforce increased but there is unavailability of the jobs. The growing number of unemployed people could mean that in the future, these people will be able to find jobs and demand for more cars as it has been over the past two years. This is evident in many countries where the unemployment rates have been high but more people have been purchasing cars. However, this increased levels of unemployment has also led to reduced demand for the cars. Most of the unemployed people have been unable to solicit enough funds to actively demand for the cars.

As the rate of inflation increases, the prices of the cars increase. The prices rise due to demand cost push inflation whereby the cost of producing the cars rise and they have to be reflected in the aggregate price of the cars. The rise in prices will make any consumer to demand less of the product. Therefore, this will make us make a decision of not buying the car. It would be beneficial to purchase the cars when the inflation rates are lower and therefore prices would have gone down. The cost of importing the car from another country also contributes to the decision of not purchasing the car due to increased exchange rates that has to be incurred.