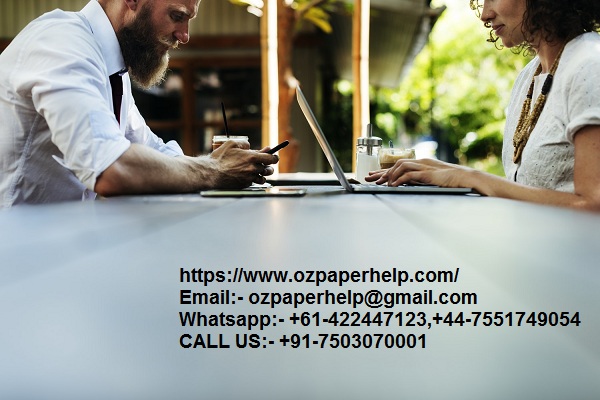 Bushfires destroy hundreds of properties, homes and affect vast land areas and numerous human lives in the state of NSW. Bushfire threats can be attributed to the fire-prone nature of Australian bushland, and proximity of life and assets to it. Notwithstanding the threat of bushfires, development in the vicinity of the urban-bushland interface in ongoing despite several urban renewal strategies. Increasing population has been creating stress over land due to rising demands for housing and infrastructure (Little, 2003). Bushfires have significant economic and societal impacts on communities, production and local businesses lasting several years after a bushfire incident. The frequency of bushfire impacts on the urban-bushland interface is expected to increase due to transgression of human population into bushland and intensification of extreme weather events (Penman et al., 2015).

Important legislation for bushfire control includes the Rural Fires Act 1997. The objectives of this Act related to bushfires include prevention and alleviation of bushfires in local government regions and other areas of the State assigned as "rural fire districts", co-ordinating bushfire prevention and mitigation across the State, protecting people and property from potential bushfire impacts, and carrying out environmental protection as described in the Protection of the Environment Administration Act 1991 (Smith, 2002). NSW legislation requires construction and renovation on bushfire prone land  to meet the requirements of Planning for Bush Fire Protection 2006 and the "Australian Standard: 3959 Construction of buildings in bushfire-prone areas 1999". Non-compliant developments are referred to local NSW Rural Fire Service (NSW RFS) under the Environmental Planning and Assessment Act 1979. Development of a "special fire protection purpose" property on bushfire-prone land requires a Bush Fire safety Authority (BFSA) from the NSW RFS under the Rural Fires Act 1997 (NSW Government, 2017a).

Till date, losses incurred on account of bushfires have been estimated to be greater than AUD 10 million (McAneney et al., 2009). As an example, Penman et al. (2016) indicate that preparing all properties in Sydney for bushfire incidents will cost the State Government an amount greater than AUD 7 million which is beyond its range of expenditure; therefore to prepare their properties for bushfires, residents will need to bear costs equivalent to AUD 10,000 with an yearly maintenance cost of AUD 1000.

That the Minister arrange for Government-funded incentives to property owners who wish to stay and defend their homes in event of bushfires so that the degree of preparation of properties is improved.

The threat of bushfires is inevitable due to the nature of the Australian bushland. The threat is intensified at the urban-bushland interface on account of changing human populations and demands (Gillen, 2005a). Bushfire incidents more than often correspond to strong weather events where high temperatures, low humidity, strong winds and droughts become prevalent. The most widely used technique of controlling bushfires is prescribed burning (Bradstock et al., 1998). This technique is a part of priary fuel treatment (Penman et al., 2015). It involves starting controlled fires ahead of bushfires so that it consumes fuel before the bushfire while progressing towards it. However, damage caused due prescribed burning instead of bushfires has been documented in some landscapes (Whelan, 2002). Other methods employed to protect life and property from bushfires include fire suppression which refers to the effort to extinguish or control bushfires using fire fighting equipment including aircraft, helicopters and trucks (Penman et al., 2015). Asset protection zones (APZs) are established beyond the urban-bushland interface in NSW to offer protection to vulnerable human life, properties and valuable assets from bushfires through strategic protection techniques such as fuel management (Gill and Stephens, 2009).

Although these strategies are employed during incidences of bushfires, the success of protection from bushfires is dependent on how people respond to unplanned bushfires. It also concerns the mechanism of bushfires, house material and design, presence of a surrounding environment such as gardens, sheds or combustible materials placed near properties, and decisions made by humans before, during and after a bushfire event (Blanchi et al., 2006). The risk from bushfires is influenced by urban vulnerability induced by humans, and the nature of the hazard (Gillen, 2005a). In New South Wales, contentious politics and an isolation between government institutions across the State have led to the prevalence of taciturnity and a general disagreement over participation in collaborative efforts for bushfire protection and combating urban vulnerability. Issues within governance are evident from unsafe human behaviour during bushfire events and the precarious location of development across NSW near the urban-bushland interface. Despite the fire-prone nature of these locations, the benefits of property possession in such environments are often viewed to exceed bushfire risks. Residents believe that good land-use practices and precautionary measures will eliminate the threat of bushfires (Gillen, 2005b).

it therefore falls upon residents of areas near the interface to protect their lives and property. To increase survival probability, preparation of property and grounds is required. This involves developing a suitable survival plan and purchasing equipment to reduce fuel availability from houses and surrounding environments. Such an investment is required by residents who choose to defend their property actively. However, it has been observed that the considerable costs and time involved limits residents from adequately preparing their properties and grounds. Investment in preparation is dependent on whether or not residents consider it justified in relation to other events in their lives, and whether or not residents perceive the risk of bushfires as substantial enough for preparation. If opted for preparation, people typically undertake the least expensive and the simplest actions for preparation. Other reasons for inadequate preparation are dependence on the Government to provide prior warnings regarding bushfires, relying on insurance cover, and lifestyle priorities (Penman et al., 2016). The decision is also influenced by the Australasian Fire and Emergency Service Authorities Council (AFAC) advise to residents where they can choose between staying and defending, or leaving early (Haynes et al., 2010).