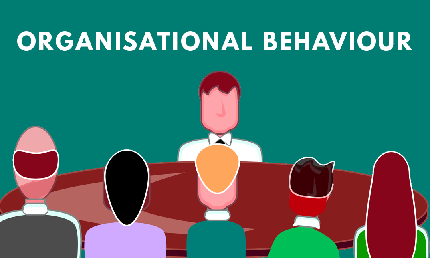 Now that you have watched the mini lecture, you can learn more in the Essential reading for this topic:

Remember that all the Essential reading for this programme is provided for you. Click ‘next’ to go to the next page and start reading.

Developments in management and organisational behaviour

A central part of the study of organisational behaviour is the development of management thinking and what might be termed management theory. (See also Chapter 1.) Managers reading the work of leading writers on the subject might see in their thoughts, ideas and conclusions a message about how they should behave. This will influence their attitudes towards management practice and bring about change in behaviour.

Writing on organisation and management, in some form or another, can be traced back thousands of years.1 Also, Shafritz makes an interesting observation about the contribution of William Shakespeare (1564−1616):

While William Shakespeare’s contribution to literature and the development of the English language have long been acknowledged and thoroughly documented, his contribution to the theory of management and administration have been all but ignored. This is a surprising oversight when you consider that many of his plays deal with issues of personnel management and organizational behavior.2

However, the systematic development of management thinking is viewed, generally, as dating from the end of the nineteenth century with the emergence of large industrial organisations and the ensuing problems associated with their structure and management.3

The study of management theory is important for the following reasons:

•      It helps to view the interrelationships between the development of theory, behaviour in organisations and management practice.

•      Management theories are interpretive and evolve in line with changes in the organisational environment.

Management theory is a complex area of study in which it is possible to identify a large number of writers and a wide range of comparative and/or conflicting points of view.

There are, therefore, many ways of categorising the various approaches. For example, Skipton attempts a classification of eleven main schools of management theory.6 Whatever form of categorisation is adopted, it is possible to identify a number of other approaches, or at least sub-divisions of approaches, and cross-grouping among the various approaches. The choice of a particular categorisation is therefore largely at the discretion of the observer and the demands of the reader.

For convenience, the following analysis revolves around a framework based on four main approaches, shown in Figure 2.1. Although a simplistic process, it provides a useful framework in which to direct study and focus attention on the progression of ideas concerned with improving organisational performance:

•      classical − including scientific management and bureaucracy;

guide managerial action has also been subject to much criticism. For example, Simon writes:

Organisational design is not unlike architectural design. It involves creating large, complex systems having multiple goals. It is illusory to suppose that good designs can be created by using the so-called principles of classical organisation theory.10

Research studies have also expressed doubt about the effectiveness of these principles when applied in practice.11

However, the classical approach prompted the start of a more systematic view of management and attempted to provide some common principles applicable to all organisations. These principles are still of relevance in that they offer a useful starting point in attempting to analyse the effectiveness of the design of organisation structure. However, the application of these principles must take full account of the particular situational variables of each individual organisation and the psychological and social factors relating to members of the organisation.

Many of the classical writers were concerned with the improvement of management as a means of increasing productivity. Emphasis was on the problem of obtaining increased productivity from individual workers through the technical structuring of the work organisation and the provision of monetary incentives as the motivator for higher levels of output. A major contributor to this approach was F. W. Taylor

(1856−1917), the ‘father’ of scientific management.12 Taylor believed that in the same way that there is a best machine for each job, so there is a best working method by which people should undertake their jobs. All work processes could be analysed into discrete tasks and that by scientific method it was possible to find the ‘one best way’ to perform each task. Each job was broken down into component parts, each part timed and the parts rearranged into the most efficient method of working.

Taylor was concerned with finding more efficient methods and procedures for co-ordination and control of work, and a believer in the rational−economic needs concept of motivation. If management acted on his ideas, work would become more satisfying and profitable for all concerned. Workers would be motivated by obtaining the highest possible wages through working in the most efficient and productive way. He set out a number of principles to guide management. These principles are usually summarised as:

•      the development of a true science for each person’s work;

•      the scientific selection, training and development of workers;

•      co-operation with workers to ensure work is carried out in the prescribed way;

•      clear division of tasks and responsibility between management and workers.

There were strong criticisms of, and reaction against, scientific management methods from the workers who found the work boring and requiring little skill. Despite these criticisms, Taylor attempted to expand the implementation of his ideas in the Bethlehem Steel Corporation. However, fears of mass redundancies persuaded the management to request Taylor to moderate his activities. Yet Taylor’s belief in his methods was so strong that he would not accept management’s interference and eventually they dispensed with his services. Continued resentment and hostility against scientific management led to an investigation of Taylor’s methods by a House of Representatives Committee, which reported in 1912. The conclusion of the committee was that scientific management did provide some useful techniques and offered valuable organisational suggestions, but gave production managers a dangerously high level of uncontrolled power.

Taylor placed emphasis on the content of a ‘fair day’s work’ and optimising the level of workers’ productivity. A major obstacle to this objective was ‘systematic soldiering’ and what Taylor saw as the deliberate attempt by workers to promote their best interests and to keep employers ignorant of how fast work, especially piece-rate work, could be carried out.