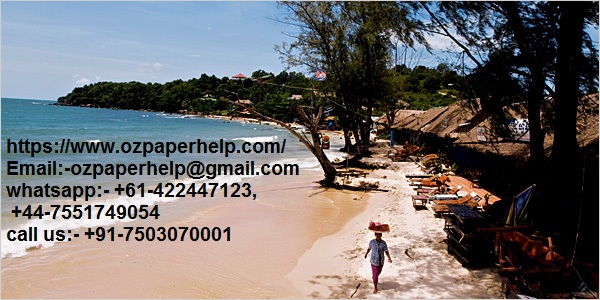 My utopian city will be in Arendai, Norway. This Utopia has a potential of thriving specifically in this city since the Norwegian culture has features that are nearer that of a typical utopia community. Within the outskirts of this city, I sit on my desk with my laptop, my tablet phone and fruit juice which I am enjoying. I am in a warm and serene environment with trees, flowers, and perfect landscaping surrounding me. The place is utterly clean as the subjects are obligated to clean the place where they stay on a constant basis. However, all people living in this place are given different responsibilities and undertake work that aligns with their interests, talents, professions, and skills. For example, people who are good in football will only be involving themselves in this activity while those good in writing and seeking information will be doing works such as writing and journalism. On the other hand, those good in treating people should be doctors or nurses while those in artwork should be doing the same. What I mean is that in this city, all people will be doing what they are interested, comfortable or good at and not be coerced to do whatever that comes up their way.

My world will contain modern day gadgets, technological innovations, domestic animals such as pigeons, parrots, rabbits, cows, aquarium among other sceneries. We will exploit the opportunities presented by technology to make life as comfortable as possible. Things like the modern railway, modern airplanes, latest computers, modern and latest vehicles, high ridge buildings will be key features of this city. In other words, we would not live in an analogue world, but rather, in a digital world.

In this new world, the subjects will be expected to be loyal to their leader, who will be considered to be a king and direct them accordingly. If people obey what the king tells them to do, then there will be harmony in the community. They will not be rude to their leader nor will they oppose him in what he does. Moreover, all the subjects will love one another and help each other as they make the life of everyone better. There will not be a person with vested interests but everyone will be conscious of the welfare of others. Honesty will be key to every citizen of this land and everyone will be required to be trustful to his or her fellow members. No one will see the need for competing with one another for resources, money, leadership, opportunities or space. This means that all people will be equal since they have equal opportunities.

In his essay on “Self-Reliance” Waldo Emerson, an American transcendentalist philosopher argues that, every person should follow his own ideas and instincts, as well as avoid false consistency and conformity. He went on to articulate that truth is inside an individual and that there is nothing which harbors authority over self (Emerson 188). However, as observed by Melville, Emerson’s opinions are destructive and are bound to create chaos in the society if implemented. In particular, Melville points out that when pushed to solipsism, self-reliance will ultimately generate emotional, spiritual and physical death (Meville 563). Melville continued to observe that self-reliance is irresponsible, anarchic, and a kind of wild egoism (Meville 563).

Durlauf, Steven, and  Fafchamps, Marcel. “Social Capital.” The Centre for the Study of African