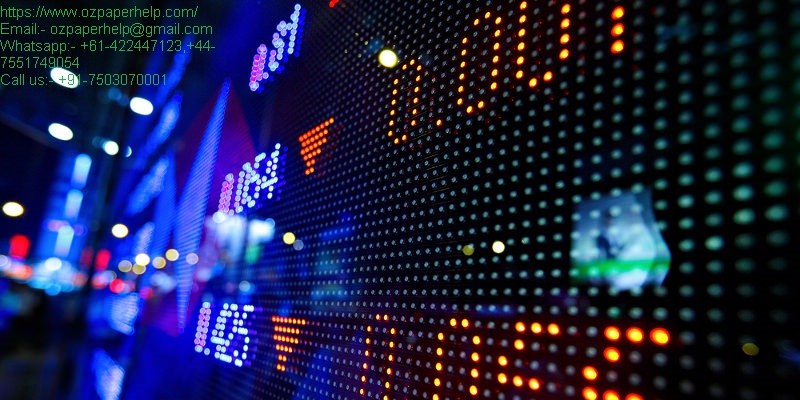 Today’s stock market offers as many opportunities for investors to raise money as jeopardies to lose it because market depends on different factors, such as overall observed country’s performance, foreign countries’ performance, and unexpected events. One of the most important stock market indexes is Standard & Poor's 500 (S&P 500) as it comprises the 500 largest American companies across various industries and sectors. Many people put their money into the market to get return on investment. Investors ask themselves questions like how to make money on the stock market and is there a way to predict in some degree how the stock market will behave? There are lots and lots of variables involved in how the stock market behaves at a specific time. The stock market is in a way an information agency. Based on new information, whether good or bad regarding almost everything from political issues to interest rates and inflation, the stock market can go up or down. The market is anticipating economic occurrences pro-actively, ignoring already occurred events that were predicted before. This way it is very hard to predict how it is going to move in the future. As S&P 500 is considered to be the most reliable benchmark for the overall U.S. stock market, we decided to study what factor has the most impact on it. We created two regression models and included the economic indicators, such as Consumer Price Index, Producer Price Index, House Price index, Interest Rate, Unemployment Rate, and Gross Domestic Product of some countries.

β1: Consumer Price Index reflects the state of inflation in the country’s economy. That indicator is very important in the assessment of the stock market performance. If inflation grows, the interest rate rises and this prevents the companies to borrow money for further development of their businesses. This entire situation may hurt the stock prices of the companies and that’s why we wanted to see how big the impact is. We assume that this variable is going affect the dependent variable a lot. β2: Producer Price Index indicates early state of inflation. Therefore, if investors know that the PPI heralds a strong economy with no increase in an interest rate, then they feel confident to invest in the businesses what means increased positive activity in the market. We assume that this variable is going to have some impact on the dependent variable however; it is not going to be crucial.

β3: House Price Index is an analytical tool for estimating changes in the rates of mortgages. If mortgage rates are high, then housing market is weak because demand for houses drops due to expensive loans, therefore HPI drops. In 2008 mortgage default affected stock market very severely because before that period house prices went down because people couldn’t pay their mortgage payments and banks collapsed. Decrease in house prices is one of the possible contributors to recession because the home owners lose their equity in their houses. Considering such recession scenario, the stock market always becomes bearish. Additionally, house market is considered more stable investment than stock market. When stock market drops, people are willing in the houses and HPI goes up. We assume that HPI and stock market shouldn’t move in the same direction thereby we don’t take into consideration the complex scenario of 2008.

β4: 10-Year Treasury Constant Maturity Rate impacts on the number of issued bond and is used as risk free rate to calculate the excess return on the investment. It also has an influence on the stock market.

β5: Gross Domestic Product of the US is important for business profit and this can drive the stock prices up. Investing in the stock market seems reasonable when the economy is doing well. If the economy is growing fast then the stock market should be affected positively, the investors are more optimistic about the future and they put more money into market more. This variable is crucial for the dependent one.

β6: Gross Domestic Product of Spain. Since Europe is currently in a recession, we wanted to include the GDP of Spain, as one of the weakest economies in Europe now, to check if there is any relationship between Spain’s economy and the US stock market performance. Very small percentage of US investments goes to Spain. Compared to Germany, which is the 5th country the USA invests into, Spain is the 31st country on the list. There should not be any correlation between these two variables, so we included Spain’s GDP into our regression to check our hypothesis.

Explanation of the new variables

Unemployment Rate is one of the most important factors of the economy’s performance. High unemployment rate decreases the buyer power of the consumers. 2/3 of the US economy is consumer based and it influences the stock market negatively. We assume that there is a relationship between these two variables.

Gross Domestic Product of China affects the US economy because cheap export from China prevents inflation in the US. China is a huge buyer of the US Treasuries. It lowers the interest rate and companies borrow money to invest in development hence, it directly affects the stock market. We assume that GDP of China and US stock market move in the same direction, meaning if China does well, it has money to buy US Treasuries. Additionally, the US stock market increases because production of those US companies that is outsourced to China grows

Suppose you have applied for a business analyst position at a prestigious firm and as part of their hiring process, you have been requested by the Recruitment Panel to analyze the data for a presentation to be made to the Panel.

Prepare a report that summarizes your analysis, including key statistical results, conclusions and recommendations. Your report must also include a complete analysis and clear interpretation of each one of the coefficients contained in the two studied models. Include any technical material that you feel is appropriate in the appendix