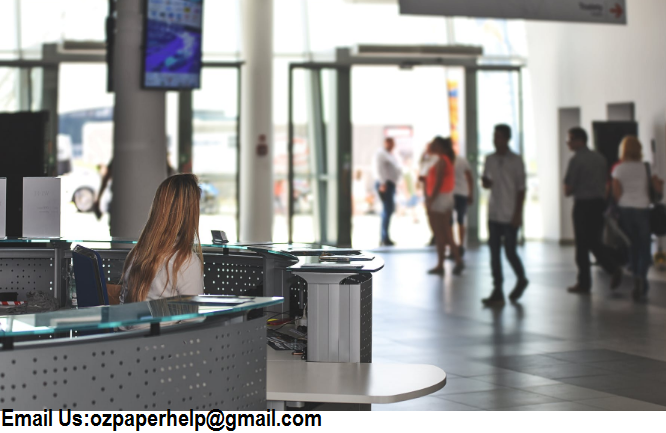 The report’s headings must be properly numbered. Furthermore, the report must be 1.5 spaced and written in either Times New Roman 12pt, Calibri 11pt or Arial 10pt.

Students must support their analysis with reference from the text and a minimum of eight (8) suitable, reliable, current and academically acceptable academic sources. Please ask your tutor if you are unsure about the academic sources that are considered valid. Completed assessments must be uploaded as a word document by using the relevant link in the subject’s Moodle page.

Purpose: This assessment is designed to allow students to apply theory and models of change management and change leadership to a given scenario, identifying the issues and proposing supported recommendations to resolve the issues. This assessment relates to learning outcomes a, b and c.

In 1989 Angus Buchanan, a marketing specialist, and Hamish Moray, a business analyst, then both aged 30, established Claymore Consultants, a management consulting firm that provides advice to companies on issues of strategy, organisation, technology and operations. The business is based in Melbourne. When Claymore Consultants commenced operations, the provision of professional consulting services was an industry in its infancy. For Angus and Hamish, who had worked together in a large multinational accountancy firm, it represented an untapped market with huge potential. In the first two years business was difficult, but they worked hard to build a network of corporate clients and gradually their reputation grew. As business took off, Angus and Hamish had to recruit more staff to cope with demand.

Through the early years, the business was highly successful and proved an exciting place to work. The consultants were well paid, very committed and worked hard and long hours. In these early days, the two partners were closely involved in the day-to-day running of the firm. The consultants worked in small, projector client-based teams built around the two partners, seeking business through personal networks of customers. This represented a very flat, organic organisational structure. There were few formal rules, team members worked closely together and allocated tasks according to interests and expertise, with members often sharing tasks or multi-tasking. The teams willingly shared stories and experiences, celebrating their successes together and learning from each other’s mistakes.

By the late 1990s the firm’s network of clients stretched across Australia. It was clear that more formalised systems and processes needed to be put in place to manage the growing scope and scale of the business. To meet the increasingly complex range of customer needs, it was also clear that consultants with specialist, as well as generalist, skills were needed. In addition, the ad hoc client databases managed separately by each team needed to be consolidated into one system. From a team of six for the first three years, the business increased to 18 (three project teams) by 1995, and by 2005

the firm employed 48 consultants and four administrative staff. Up to 2005 staff turnover was low. All of the 18 with the firm in 1995 were still around in 2005.

As the size of the business and number of clients grew, it became increasingly difficult for the two partners to project manage all the teams between them, yet they were unwilling to delegate this role. Angus and Hamish recognised the necessity for them to step back from their hands-on team leader roles to concentrate on the strategic direction and growth of the organisation. However, they were both reluctant to relinquish project leadership control to another team member, believing other team members lacked the strong communications and relationship-building skills that were essential for both team and client relations. This became an increasing source of frustration among team members, particularly for those who had been with the company almost as long as the two partners. In their view, the reluctance of the two partners to delegate authority not only reflected a lack of trust in their skills and experience, it also undermined their professionalism in the eyes of clients and junior team members. A number of long-serving team members took their concerns to Angus and Hamish, who listened, but still continued to step in and ‘meddle’ in project work or liaise directly with clients without consultation with the relevant project team. Consequently, the high-trust, collaborative team spirit was slowly eroded.

Where once there had been cross-team collaboration and sharing of experiences, the project teams became virtual fiefdoms. Each team now held tightly to its network of clients, and was unwilling to exchange notes in case Hamish or Angus found cause to step in and take control. In addition, there was increasing resentment about remuneration. Equal pay for all team members may have worked when there were only two or three teams, but responsibilities such as mentoring new recruits, building and maintaining client relations, and team leadership were unrecognised. In addition, there were no incentives for introducing new clients or for innovative suggestions about growing the business.

In early 2007 eight of the longest serving consultants left to establish their own business, taking a number of big- name clients with them. This left a huge void in expertise and accumulated industry knowledge, as well as a lack of important role models and mentors for new and inexperienced recruits.

By 2008 the firm’s fortunes were in the doldrums. Competition in the professional consulting services industry had become increasingly cutthroat and Claymore Consultants was not moving with the times. They lost a number of longstanding clients to one of the large multinationals, whose aggressive advertising and cost cutting Claymore Consultants could not hope to match. Departing clients commented that Claymore Consultants had lost its edge. In a bid to diversify and differentiate the business, Hamish and Angus looked to expand operations into the Asia– Pacific region, aiming to target the niche consulting segments that larger consulting firms were not so interested in. They recruited ten new consultants under 28 years of age, specialists in financial planning, strategic thinking, econometrics and asset management. Turnover, however, among this group was high and six of the ten left within 12 months. Reasons for leaving were lack of clear career development path; poor mentoring; no training and development opportunities tailored to their individual needs; lack of task variety; and lack of recognition of the skills and talents they brought to a project team.

In early 2009 one of the large multinationals, the Graball Group, made an offer to Angus and Hamish to buy Claymore Consultants, offering to keep the two on as advisers. Angus and Hamish turned down the offer believing they could still turn around the fortunes of Claymore Consultants. They wanted to recapture some of the dynamic, entrepreneurial spirit that brought success in the early days of the business, but recognised that the twenty-first century environment and workforce presented very different challenges from when they started out in 1987.

1.  Draw on the nine change indicators within the structures– processes– boundaries framework to analyse the current situation at Claymore Consultants.

2. What changes in forms of organising must be made to the structures, processes and boundaries of Claymore Consultants if the organisation is to survive and grow?

Task Details: Using the provided case study students need to identify the problems, use change management theory to explain why the problems have arisen, and develop supported

recommendations to improve the situation, taking into account the concerns and interests of various stakeholders.

Students need to format their research, analysis and conclusions into a professionally presented report that has the following items:

The report’s headings must be properly numbered. Furthermore, the report must be 1.5 spaced and written in either Times New Roman 12pt, Calibri 11pt or Arial 10pt.

Students must support their analysis with reference from the text and a minimum of eight (8) suitable, reliable, current and academically acceptable academic sources. Please ask your tutor if you are unsure about the academic sources that are considered valid. Groups seeking credit or above grades should support their analysis with increased number of reference sources comparable to the grade they are seeking. Completed assessments must be uploaded as a word document by using the relevant link in the subject’s Moodle page.