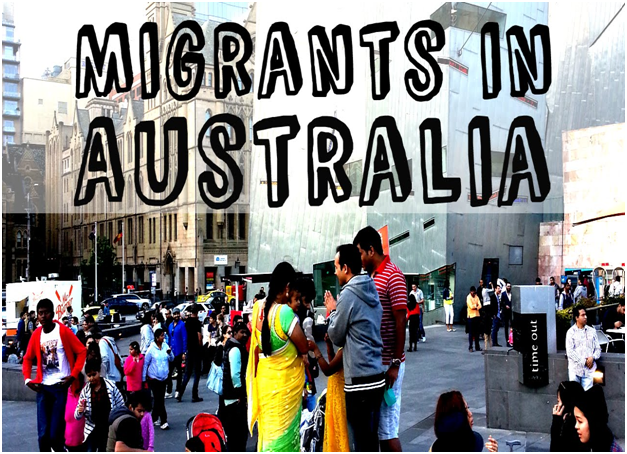 The migration of people from one country to another has been taking place from the ancient age due to different reasons. The violence in socio-political, economic, environmental and other external factors compels people to leave their familiar places and find a safe and secured shelter in another place. The attraction for a better living environment, education, employment, food, and security gives birth to migration. Through migration, people can able to adapt to a new environment by absorbing a number of new socio-cultural aspects. However, it is also a fact that migration does not always provide comfort and security in some cases. Therefore, it is obvious that the migrants may suffer from specific mental health issues due to the changes in the familiar circumstances and usual lifestyle. The fear of an uncertain life in the migrated place also generates mental health issues strongly. These mental health issues are distinct in the case of people migrated to Australia, too.

Background to migrants to Australia

Since 1945m the migration of people to Australia has started. However, the actual migration took place during the settlement of Australian aborigines from New Guinea and Maritime Southeast Asia (Bbc.com, 2019). Australia began to experience the increase of immigration and permanent settlement of people from these parts of the world since the 1970s those helped to make Australia as a country of multiculturalism. One of the major factors that influenced the migration to Australia is skill and familial programs, especially reunion. Between 1992 and 1993, the total overseas migration in Australia was 30,042 that increased to 178,582 between 2015 and 2016. It is significant to mention here that Australia has been involving in providing shelter to a number of refugees and asylum seekers due to their urgent needs. Due to this, the sociological report in 2014 on Australia disclosed the fact that Canada and Australia have proved themselves as the most important receptive to migrated persons from western countries.

Through penal transportation, Australia began to give shelter to the European, especially British convicts in 1788. Afterward, Bounty immigration also increased the number of migration to Australia. Australia also launched a significant immigration program after World War II due to which an Australia gave shelter to a huge number of displaced Europeans. Although the migration scheme subjected to serve the people belonging to the Commonwealth countries, it expanded its sphere to serve other countries also, such as Italy and the Netherlands (Thecommonwealth.org, 2019). During applying this scheme, the Australian government also included some mandatory criteria of the migrants, such as the age should not be above 45 years and they should also possess a good health condition. However, it is noticeable that the scheme was difficult for the people belonging to the mixed-race background. Nowadays, the humanitarian program, migration program along with the migration and settlement services of Australia enable to help the migrants to come and settle here through legal ways.

In a country, people are generally grouped as a specific type of population with maintaining similar kinds of national systems. Even their health and education scope are also under specific considerations. The government is well aware of the needs and demands of the internal people and even an effective as well as the popular government also focuses on the national health condition of its internal people (Rees et al. 2017). The national policies and legal systems have been developed based on the need and advantages of internal people. Moreover, it is quite known to the government on how to manage emergency situations of the internal people at any time. Australia is no exception regarding this and, therefore, the maintenance and supply of necessary ingredients to the residents is tactfully handled by the Australian government.

On the other hand, migration always seems to a special challenge for the government of any country. There are several reasons for generating challenge regarding migration. First, migration due to social and political violence makes people both physically and mentally ill (Health.wa.gov.au, 2019). They primarily remain in a hurry to find a shelter for their physical security. This emergency condition marks them as a special population. The migrants from European countries to Australia also belong to a completely different cultural background and competency that differentiates them from the aborigines and long-time residents of this country and recognize them as a special population.

The migrants generally possess several health issues such as malnutrition, hunger, diarrhea, psychological instability, and certain memory loss. Therefore, this special population requires specific health treatment so that they do not feel as a disadvantaged group of people among other Australian. In this case, the healthcare specialists identify the family background, past experiences violence those the migrants had faced and prescribed treatment as per those. Moreover, the government of Australia is sincere about the fact that adopting the Australian culture is difficult for the migrants and therefore they need time to adjust with the mainstream Australian culture (Phillips & Simon-Davies, 2016). Due to all these, the migrants in Australia are considered as the special population and the Australian government is also aware of implementing special policies and advantages for them in order to fulfill their basic needs, such as existential, health, food, shelter, education and employment.   However, it is also argued that the consideration of the migrants as a special population creates discrimination between the Australian aboriginals and migrants that will not allow them to coordinate and communicate with each other. Even the socio-cultural differences will also prevent them to think as a united nation and therefore, considering the migrants as a part of the mainstream of Australian society is rather fruitful than treating them as a special population.

The migration, from the depth, is a long-term process that does not only mean to leave a country to settle into another. As stated by Papastergiadis (2018), a series of intolerable events and violence forces the residents of a certain country to leave that country and migrate to another for their safety and security. In Western Australia, the cultural environment is diversified and even the languages and religious beliefs also differ from one another. In addition, the migration and settlement of the refugees also go through some processes here that give birth to the mental illness of people.

In Australia, it can be noted that the migrants most suffer from adopting the Australian culture after setting in this country. They come from a particular socio-cultural belief and in Australia, they experience a completely new culture and it is a time-consuming process for them to cope-up with this new culture. These dissimilarities create a state of loneliness as well as isolation in human psychology. On the other hand, migrants to Australia not only leave their country but also leave their family, past memories and friends there that prevent them enough to establish a new and fresh life in Australia (Lowyinstitute.org, 2019). It is strong enough to create mental grief, a sense of loss and anxiety about their uncertain future in a completely new country. Especially for the pregnant women and also women after childbirth, it is very difficult to cope up with the new environment of a new country, new surroundings and also new social circumstance. Not only has this, but the uncertainty of these women belonging to refugees about the availability of a secured shelter also enabled to create mental illness. Priebe, Giacco & El-Nagib (2016) has successfully mentioned here that moving towards an uncertain life from a secured lifestyle through migration develops the sense of loss of all available social and familial supports. Due to this, the mental health condition greatly deteriorates. Similarly, the language barrier also creates inferiority among the migrants for which mental stress occurs.