Masters of social sciences In Psychology 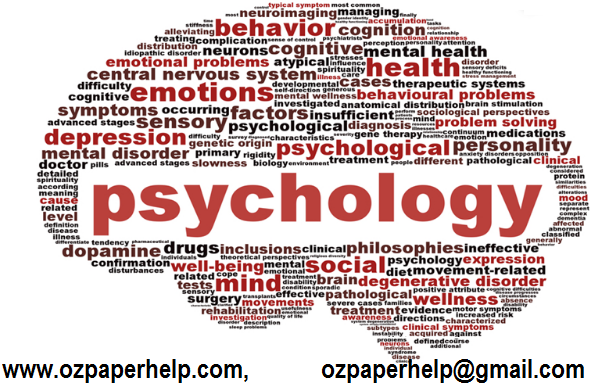 CHAPTER ONE: AN INTRODUCTION

Our increasingly crime-weary nation has been shocked recently by two high-profile murders – those of Anene Booysen and Reeva Steenkamp. Suddenly the high rate of femicide in South Africa is dominating the front pages, and we are being forced to absorb the sobering reality that over 2500 women are murdered every year in our country

Since democracy was introduced to South Africa in 1994, the media’s focus around violence against women has increased significantly (Usdin, Scheepers, Goldstein, & Japhet, 2005; Usdin et al., 1999). An act of violence once reported as ‘just another racial story’ under the apartheid regime, now attracts widespread attention from the media within post-apartheid South Africa (de Nobrega, 2009). At present, the South African media is identified as being instrumental in terms of shaping individual perceptions of violence against women (Usdin et al., 1999). The messages conveyed by the media often determine whether or not female survivors speak-out about their abuse, and the nature of the assistance women receive from the public, criminal justice system, and the health sector (Usdin et al., 1999). Moreover, the influential position afforded to the South African media has also been harnessed in order to promote the 16 Days of Activism for no Violence Against Women and Children Campaign1; and to raise public awareness more generally (Harries & Bird, 2005; Usdin et al., 1999). For example, the recent murders of Anene Booysen and Reeva Steenkamp during the month of February 2013, were

used by journalists to educate media audiences as to the disproportionately high levels of gender-based violence that are evident within the South African context. However, whilst media reports emphasised the ongoing crisis of gender-based violence in South Africa for several weeks, journalists did not hesitate to turn these murders into sensationalist stories. Media coverage, consistent with Wasserman’s (2010) definition of tabloid journalism, continually used catchy phrases and magnified the gruesome details of the murder above the experience of the victim2 in order to keep audiences entertained (Wasserman, 2010). This tabloid-style was also noted within the findings of previous studies that have attempted to explore the possible link between the media and violence against women in South Africa (Boswell, 2003; Lewis & Orderson, 2012; MMP, 2004; Omarjee, 2001).

In post-apartheid South Africa, research studies have begun to examine the portrayal of gender-based violence in the South African media (Boswell, 2003; Lewis & Orderson, 2012; MMP, 2004; Omarjee, 2001). As a result, a number of criticisms have been levelled against the South African media for the manner in which it tends to represent gender-based violence (Harris & Bird, 2005; MMP, 2004). For example, research studies conducted by the Media Monitoring Project (MMP) since 1993, have indicated that journalists report gender-based violence predominantly in a simplistic and event-based fashion, and reinforced the victim-status of the women under discussion (MMP, 2004; Usdin et al., 1999). Of equal importance, it was also revealed that in many instances either the violation or the perpetrator would be placed at the heart of the media coverage, rather than the experience of the victim (MMP,

2    The current study acknowledges the fact that women, who experience abuse by male partners, cannot always be defined as victims. This issue will be addressed later in the analysis and discussion chapter of the dissertation.

2004; Usdin et al., 1999). Similarly, three empirical studies by Boswell (2003), Lewis and Orderson (2012), and Omarjee (2001) have brought to light the shortcomings of media reports that cover stories of gender-based violence. In these studies it was highlighted that gender-based violence was not seen as a serious crime by newspapers (Boswell, 2003; Lewis & Orderson, 2012; Omarjee, 2001). Journalists sensationalise and trivialise stories related to gender-based violence, and deem such stories not newsworthy to appear on the front page of newspapers (Boswell, 2003). Instead stories that made reference to gender-based violence would be published outside of core business section, steering clear of proactive commentary, or extensive critical investigation (Lewis & Orderson, 2012). All three studies, alongside the MMP projects, have made significant contributions in terms of highlighting how the media often does not necessarily function to promote a transformative understanding of gender-based violence in South Africa. Nevertheless, even though the aforementioned studies have contributed to understanding the possible function of media in the context of gender-based violence; none of these studies have critically examined the way men’s violence against a female partner is constructed within the South African media. The current study sought to investigate the way that domestic violence against women is represented in three newspapers that attracted the highest readership in the Western Cape (i.e., Daily Voice, Cape Argus, and Cape Times) through the lens of social representations theory. Adopting social representations theory as a theoretical framework for the current study allowed for an in-depth understanding and analysis of the Western Cape mass media in relation to domestic violence against women (Höijer, 2011). Furthermore, in contrast to the study conducted by MMP (2004) that only monitored media coverage of gender-based violence over the 16 Days of Activism campaigns;

this project went beyond those campaigns and collected newspaper reports that made reference to the topic of domestic violence against women over a longer period of time.

Domestic violence3 is a serious and widespread social problem (Prinsloo, 2007). It is increasingly being identified as a public health problem and is also associated with physical injuries, as well as a wide range of mental, emotional, psychological, and physical health problems (Jewkes, Levin, & Penn-Kekana, 2002). Research conducted by the World Health Organisation, showed that 35 percent of women worldwide have experienced either physical and/or sexual intimate partner violence (Garcia-Moreno et al., 2013). Similarly to the global trend, violence against women and children is widespread and on the increase in South Africa (van der Hoven, 2001). South Africa has one of the highest statistics of intimate partner violence in the world (de la Harpe & Boonzaier, 2011). A recent research brief released by the Medical Research Council (MRC) revealed that intimate partner femicide is the leading cause of death among South African women (Abrahams, Mathews, Jewkes, Martin, & Lombard, 2012).

3  This dissertation defines domestic violence as the willful intimidation, physical assault, battery, sexual assault, harassment, stalking, economic abuse, damage to property, and any other abusive behaviour inflicted upon a woman either by a former or current intimate male partner (Jewkes et al., 2002; NCADV, 2007). Furthermore, the terms domestic violence, men’s violence against women partners, and intimate partner violence will be used interchangeably throughout the dissertation.

Nettleton, 2011; Taylor, 2009). A key finding was that the media reframed domestic violence in a way that obscured the male perpetrator’s role while placing the burden of responsibility on the female partner (Berns, 2001; Bullock & Cubert, 2002; Gillespie et al., 2013; Morgan & Politoff, 2012; Nettleton, 2011; Taylor, 2009). Presently no study has exclusively investigated the social representations of domestic violence against women that emerge within the South African media. Currently the South African media is identified as a powerful and influential part of South African society, and being recognised as one of Africa’s major media players (MDDA, 2009). Howarth (2006) argued that wider-societal influences, such as media, play an important role in generating and maintaining social representations of social phenomena, such as domestic violence against women. Since the media is argued to be a powerful institution within the South African context, it emphasised the significance of the current study.

Following the introduction and background provided in chapter one, the remainder of the thesis is structured as follows: