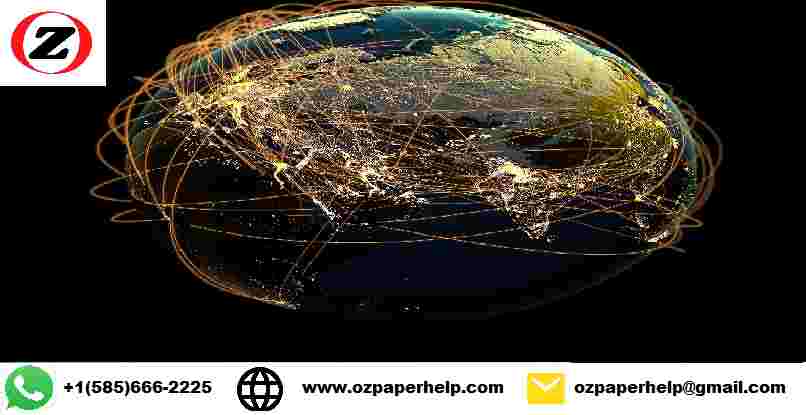 The report has been conducted based on international business laws that are exercised all across the globe. Among the various case studies of business laws, the case study of Abbott v. Republic of South Africa has been chosen to shed some of the light on the principles of international business laws. The report at first shall discuss elaborately about the incidents that led to the forming of the particular case that shall be followed by brief representation of the issues that occurred during the case. In the third portion of the report, some of the legal issues related to the case have been presented that is followed emphasis on the arguments between the individual and selected parties. The last section of the report explains about the tribunal decisions that were taken in alignment with the case and the overall importance of the particular case in international business laws.

Background of the dispute

The particular case study provides a general scenario where a particular person named as Abbott, who was the plaintiff from Spain lost the case based on “South Africa and its bank accounts are immune from judgement” that was held in the Supreme court of South Africa. Abbott was employed as a bilingual secretary by the embassy of South Africa and she was dismissed in the year 1985 as she was found to perform her duties inadequately (Dyzenhaus, 2012). Abbott won her first appeal in the year 1990 however; her appeal was brought into the Constitutional court in South Africa that was against her appeal. It is said that the Spanish Court is allowed to enforce a judgement that is purely against the property rights of a foreign state that was held within the premises of Spain. The case is based on two principles where the first one state that the international laws bar does not allow the assets that are held in banks shall not be used or indented to use for exercising the same for economic activities (Deegan, 2014). The second principle state that the diplomatic properties shall be used only for benefits of consular missions.

The Supreme Court of South Africa was confused with the issue that the bank accounts were actually under whose jurisdictions: Spain or South Africa. As the accounts were under the embassy of South Africa and Abbott claimed for reinstatements and arrears of her salary, the Supreme Court demined and said Abbott to reclaim the issues again to the Labour Court of Spain, as the bank accounts of South Africa were not immune from the laws of Spain jurisdictions. Abbott who was the plaintiff claimed further that her decisions were denied and this was unsatisfactory and the issue was unjustified in the views of plaintiff, as she has to pay back the complete amounts.

Brief facts of the case

Some of the facts that are aligned with the particular case have been provided as follows:

The statement “maxim ne impediatur legatio” states that the diplomatic agents have to be protected from every possible disturbance that occurs even in private lives.

The “absolute immunity” is said to be obtained only on the disclosure of the bank accounts where the investigations related to the same are forbidden.

These issues are protected by the virtues of the immunities that are aligned with the diplomacy of international law bars (Clarkson et al., 2014).

This was one of the first cases where even after disapproval from the Labour Court, the appeal was taken forward to the Supreme Court. Before this case, South Africa was considered immune from execution on various grounds, most importantly its stand on international relations.

While Abbott was seeking compensation for blocked arrears, this case was considered a milestone for the relationship between Spain and South Africa, countries that had for so long been friends, both diplomatically and politically (Burley, 2017).

This case was finally solved in 1990, when the Supreme Court of Spain gave the orders that South Africa was not free from execution, irrespective of whatever grounds it may stand on. While this was true for other countries as well, the case was thought to be one of the most essentials in terms of the laws that Spain upheld not caring very much about the fact whether South Africa, its political friend, would like it or not.

There are certain legal issues presented in this scenario. The primary issue is whether bank accounts are protected in terms of state immunity rule. These accounts are described in article 22(3) provided by the Vienna Convention. In addition to this, bank accounts are not physically presented on the premises of Embassy (Dörr and Schmalenbach, 2018). The issue includes deciding the bank accounts are available in the name of a particular embassy or not. Another issue is making a strong decision that accounts are working to fund operations undertaken by an embassy. The decision became more challenged, when it was found that funds available in an account belong to one South Africa embassy.

A serious issue involved due to breach of relation among sovereign states. It was impossible to attach certain funds in the bank account of one embassy. These funds were applied to fulfil the requirements of daily operation expenses of embassy. As bank accounts are necessary tools for effective functioning of several diplomatic missions, it became an important issue to make the declaration. The major question arose in order to confirm that the bank accounts were intended to continue the daily operations of one embassy. The process of judgement was too long. It considered whether to apply restrictive sovereign community or not. The tribunal’s decision focused on the property case of a foreign state (Clark and Worger, 2016). Such activities from the point of bank accounts found in foreign bank accounts are used for various purposes of normal diplomatic activities along with consular mission. In addition to this, the court was not aware of issues that the immunity of these ban accounts may pose. Another issue was whether to levy execution against some foreign states or not. The court found certain burdens in terms of indentifying proof for defending states, making effective decisions and gather evidence to solve the particular issue