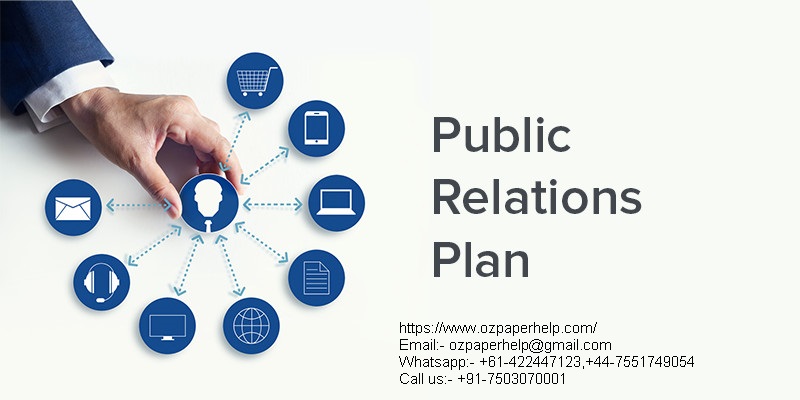 .  Identify a multinational company (MNC) operating in Australia.  Provide a brief description of the company.

Business law can be defined as the set of rules and commandments that dictates how a business should commence in the market and the way in which it can run its operations. For the sake of the project, a MNC would be considered so that the legal aspects in this company can be discussed and explained.

For the sake of the project, the company L'Oreal would be taken into account. L’Oreal Group is a French company, which deals with personal care and is based on Clichy, France and have its registered office in Paris. It is the one of the leading cosmetics company. It has urbanized its actions in the field of personal care and beauty products focussed on make-up, skin care, perfume, sun protection, hair colour, and hair care. This is the leading company of France in terms of market shares and the number of customers. The company operates in most of the countries all around the world and the produce is of a standard quality.

In France, this type of company is termed as a “Societe Anonyme” or company that generally operates through the regulations laid by the civil laws of the country. The company was founded in the year 1909 and now the company has developed itself to be a €26 billion company and the net income of the company is around €5 billion. The company operates over 120 countries and has around 89300 employees all over the world. The valuation of the company’s assets is calculated to be around €35 billion and the proceeds from equity is recorded to be €25 billion. The company operates either with its parent name or through its prominent subsidiaries like the Lancôme, NYX Cosmetics, Garnier and Maybelline (Loreal-finance.com, 2018).

All the companies in Australia have to abide by the rules and regulations that are stated by the Australian Corporation Act. The legislations include:

The Australian Employment and Labour Law

The Australian Employment and Labour Law is the segment of the Corporations Act of Australia, which states and determine the regulations and the policies that any company like L'Oreal have to abide by during its operations inside the country. This act is further divided into anti-discrimination, equal pay act and the work and safety act. L'Oreal has to follow the rules and regulations mentioned in these acts. This is done so that the interests of the employees and any person who works for the company in any way are protected by the company (Evans, Martin, & Kortenkamp, 2016). This may also include the internal stakeholders of the company or the people who help the company to earn revenue. The “Fair Work Act of 2009” was introduced by the Australian Body of business regulations and the government of the country collaboratively, so that the employees and the workers of the company are safe during their work and their interests are protected well. It is also observed that the people inside the company like L'Oreal are not treated in a malicious manner and are not discriminated between these people in terms of caste, creed, and sex (ICLG, 2018).

The “Fair Work act of 2009 and the “Fair Labour standards” of Australia is responsible for the regulations and the control of the employment laws in a vast company like L'Oreal and aims to protect the interests of the employee and the workers. According to the Employment and the labour law of Australia, the company like L'Oreal has to provide the employees with their basic rights and requirements, so that these people can stay safe inside the organisational premises. The company has to comply with all the decrees that are stated by the law and has to discuss with the below mentioned options during the recruitment of the employees.

As L'Oreal is a cosmetic and personal care company, the employees of the company have to deal with a large amount of chemicals. The company have to take care that the employees of the company are safe during their course of their work and is able to deal with the raw materials and their products. If the employees are not suited for this kind of work, the employees cannot be forced or influenced in any way to do such kind of work. The legislations and the law related to the employment and labours are not written in Australia and thus, the laws and legislations stated are according to the laws of UK and/or the commandments that are stated in the International labour Organisation.

It is done so that the employees are not hurt during their work with serious products, which can affect adversely if misused. L'Oreal provide their employees with a secure and safe environment and thus, the company is able to carry on its business according to the policies of the work and safety act and are in no way affected for the same. The company has provided with the chemists and the some of the employees with secure jackets, so that if any mishap occurs, their employees would not be hurt. Moreover, if an employee fall sick or is injured within the company premises, the company would provide the first aid and would provide with their treatment costs too.

The Corporations act is divided into three different sections and the competition and the consumer law is divided into three schedules. In these sections, the standard that has to be followed by every company. The company has to follow the set of classifications and the requirements that are desired by the customers and the first section of the act shows the desires and the requirements that are needed for a company to operate in the market. The act also shows the common security laws and the prohibitions that can be faced by the company. The business operations of the company L'Oreal can be banned if the company is seen to be using misleading and deceptive advertisement system or business policies, and there would be a huge difference between the quality of the products and services offered by the company. There would be a general ban if the company is seen to be using false or fraudulent methods of business and would have to compensate for the loss faced due to these methods. The company is liable to be prohibited if the members of the company perform an immoral conduct or have exercised inequitable and unambiguous practices too.

Due to the implementation of the free trade agreements and Australia, the companies could face a decline in the taxes and excise duties, for which the companies have been now been able to increase their profits and retain more earnings. The import and export trade policies and regulations have affected both adversely and positively on the companies like L’Oreal. The companies had faced a reduction in the overall export and import charges, which obviously had helped the companies to carry on their business in the overseas market hassle free (Anderson & Yotov, 2016). There was a new policy, which was introduced, it had limited the number of transactions with the companies of the overseas markets, and if the company had to continue with the transactions, it had to pay a charge for it. These had also helped in the development of the mercantile laws and have subdivided the edict that agrees with the officially authorized civil rights, responsibilities, accountabilities of parties concerned in some sort of trade dealings related to trade, employment, sales and merchandising.

The free trade agreements with the other countries were one of the innovative plans Australia that has helped the domestic companies to enhance their operations and spread over the different overseas markets. This has helped the company like L’Oreal to build up their operations absolutely and these agreements have enabled the companies to work in collaboration with some other companies in foreign markets (Vince et al., 2015). The companies like L'Oreal can now continue free trade among these two countries and that too without much expenditure. L’Oreal could continue its operations in the foreign markets devoid of high excise duties and limitations, which have resulted in the companies increase profitability and in maintaining relations with the public both in abroad and in the domestic markets. It has also helped to access the different innovative technologies and policies for marketing (Ghemawat, 2016).

L’Oreal has now been able to function in the overseas market and offer their business services and products to these markets at a very low cost. As there has been an increase in the free trade agreements, the company has now been able to increase its sales and flourish. Not only there has been an increase in the amount of sales but also has helped the company to access the innovative technologies and services from foreign companies, which has in turn helped the company to enhance the company operations and dominate over the competitors. The company has been able to access innovative technologies from countries like Japan and China and have adopted innovative communication policies, which have helped the company, communicate with their customers and retain them (Importing and exporting, 2018). The Government of Australia has introduced these policies so that the business operations could be carried out more flexibly with other countries and the domestic companies could flourish with the help of this treaties and trade agreements.