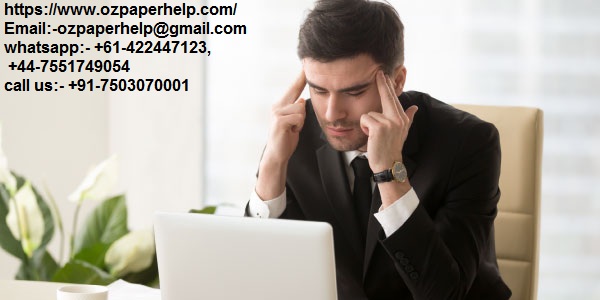 McDonalds Corporation is the world’s leading fast food franchise that offers customers with ready-made meals and drinks at their operational branches and restaurants spread across the globe. The company is established in approximately 120 countries and owns over 31,000 restaurants that serve only McDonald food items and refreshments (Gilbert, 2009). The success behind McDonald is its brand marketing strategies that have made the company internationally recognizable. Furthermore, the success of the company is based on capitalist methodologies used by the management to ensure that the organization registers higher profit margins at the end of the every business day. However, in the past, the company has encountered some human resource ethical complaints from their employees. Due to these claims, McDonald faced a nation-wide rebuke in the United States because the discrimination charge involved two aspects of unethical conduct from supervisors and managers at one of McDonald’s branches in the state of Virginia(Gilbert, 2009). Therefore, this paper will address the discrimination allegations categorized as racial and gender accusations by former employees at McDonald and how the organization resolved the issue from both a legal and ethical standpoint.

In 2014, about eleven employees were fired from Soweva Corporation; a subsidiary company of McDonald's without any justifiable cause or reason(Daniels&Macdonald, 2005). However, it was later determined that the employees were fired because of their racial identity and gender. It was discovered that the male supervisors at the franchise claimed that the organization had too many “black people” who exhibited ghetto-like behavior (Du, & Potgieter, 2014).  The supervisors were accused of using vulgar language while addressing mostly female employees using sexual undertones and derogative terms and language. Some of the fired employees had worked at the organization for over five years,and they had the necessary expertise and professionalism needed to serve as chefs and employees at the firm. However, due to their racial identity, they were released from their workstations. Once they formed a legal lawsuit against the franchise, the employees went ahead and notified McDonald of the illegal termination. However, the company did not address the issue claiming that they were unaware of the unethical conduct of its subsidiary organization. The fired employees were ten African American women and one Hispanic lady; they were fired because of their race which is a crucial issue in the United States.

The legal lawsuit filed against McDonald by the fired employees cited that they were asked for sexual favors and indecently groped while working at the restaurant. They claimed that the conduct of their immediate supervisors was disrespectful and demeaning such that it affected their professionalism. Since Soweva Corp. is a franchise of McDonald, the organization was held accountable for the actions of the managers at the Virginia restaurant(Du, & Potgieter, 2014). The lawsuit claimed that McDonald should be held accountable for the actions of the restaurant managers because it profits from its operations and daily turn-over sales and profit margins. Therefore, based on this argument, McDonald Inc. should address the racial discrimination and sexual harassment that eventually led to the termination of the eleven employees. McDonald addressed the issue by stating that its corporate policy fully supports workplace diversity and does not discriminate against any member of its staff or franchise based on gender, race, and nationality(Gilbert, 2009). Initially, McDonald did not want to get involved with the lawsuit because the company claimed that it was not responsible for the actions of its subsidiary companies. However, from a legal standpoint, the organization was directly involved with its franchise firm which means McDonald was involved in the illegal termination of all eleven employees at the restaurant. Therefore, as the lawsuit progressed, McDonald decided to resolve the issue through an off-court settlement agreement to avoid tarnishing the company’s name and reputation in the corporate world.

The decision to settle the lawsuit before the trial began denoted that McDonald accepted responsibility to compensate the employees who suffered emotional, physical, psychological and mental agony during the entire process at the workplace. McDonald revised its employee policies to ensure that none of its subsidiary firms and franchise business engaged in unethical conduct especially about its employees and customers. McDonald resulted to an out of court settlement on the charges filed against the company to ensure that the misconduct of their supervisors in Virginia branch did not jeopardize the credibility of the entire organization (Daniels&Macdonald, 2005).