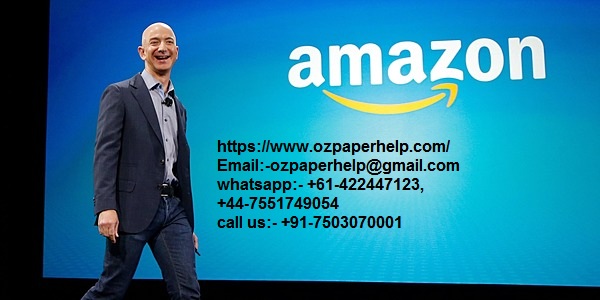 Jeff Bezos’ biological parents were JacklynGise and Ted Jorgensen but their parents separated and his mother remarried Miguel Bezos who became his stepfather, thus taking his last name. In his early years, he spent most of his summer holidays working at his grandfather’s farm in Texas where he vaccinated the livestock and did some manual work like fixing the windmills and other factory equipment. In his teen years, he attended the Miami Palmetto Senior High School and did his undergraduate degree in Electrical Engineering and Computer Science at Princeton University.

During the summer break while he was still at the university, he took a job as a program analyst in Norway and when he came to the United States, he improved an IBM program in California. He graduated with the title “summa cum laude” an academic term used to describe students with the highest academic qualification and performance throughout their university course program. During his time at Princeton, he served as the President for the Exploration and Development of Space.Upon graduation, he worked with Wall Street organizations such as Bankers Trust, Fitel and D.E Shaw & Co. It is during this time became the youngest Vice President at D.E Shaw & Company and later found the love of his life MacKenzie. After working for some years at the company he decided to have a career change and founded Amazon; an online shopping platform for customers in 1995. The idea that motivated Bezos to start the company was to provide Americans with a digital platform to access books to read. However, as Amazon.com became popular, Jeff introduced other features such as customer reviews, one-click shopping, and mail notifications (Brandt, 2011).

Jeff Bezos is known for his fear-driven leadership approach which he uses to inspire his employees to innovate and create change in customer service (Drexler, 2007). Since the company is an online platform that provides digital services to over three hundred million customers worldwide, Jeff ensures that all his workers are problem-solvers and critical thinkers. The ability to devise solutions instantly and resolve a client's complaining is crucial in Amazon. There is a close relationship between the fear-driven leadership approach and the straight-talking approach whereby Jeff directly challenges all his employees whenever there is an unresolved customer complaint. He uses this corporate management style of leadership to ignite a certain type of reasoning and rational thinking among his workers. It’s a tactical way of ensuring that Amazon employees remain vigilant and update any changes in the e-commerce world.

Amazon is customer-oriented which Jeff says the Customer is King. His corporate management is dynamic and authentic whereby he states that the customer is the most important person in the entire company. By first accomplishing the requirements and needs of the customer can the company move forward in achieving its financial objectives. Identifying the customers’ needs and demands and devising ways to meet these requirements is the foundational success of Amazon over the years. Bezos believes in satisfying all the needs of his customers before attending to the needs of his staffs and workers. He understands that the soul and body of Amazon lie in the satisfaction of his global consumer base. Over the years since 1995, Jeff has exhibited transactional corporate leadership qualities whereby he is never interested in other peoples’ opinion about his company rather focusing on building Amazon’s reputation as the world’s best online platform for transactions (Schepp, &Schepp, 2009). He is known to micro-manage every small operational detail that is ongoing in the company to ensure that every decision is in accordance with the organization’s policy. Jeff is a task-oriented individual. He likes handling all pending projects and tasks because he despises procrastinating on things that can be handled within the set date and day.  Therefore, his personal mission based on the corporate management style he evokes in the daily operation at Amazon, Jeff Bezos ensures that his company attains operational goals and outcomes in an era where there is stiff commercial competition among multi-corporations (Rossman, 2014).

Rossman, J. (2014). The Amazon way: 14 leadership principles behind the world's most disruptive company.