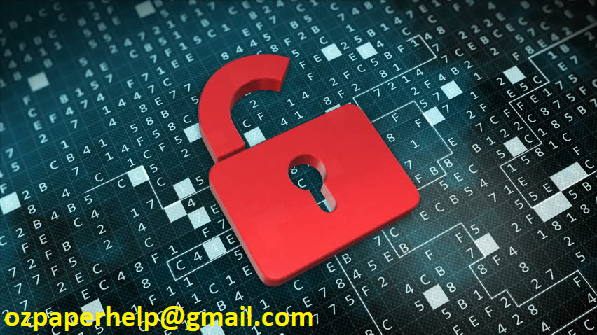 A software utility used for administration purpose to test if a host exists on the network. Mike muss in December 1983 invented the ping utility; the tool was used to troubleshoot problems that occur in an IP network. Through the ping utility, round trip time is calculated for the messages sent from the origin to that of the destination host.

Ping utility sends ICMP (Internet control message protocol) request packet to a specified node on a network which in return sends an ECHO_REPLY packet. This is the process which happens when you ping a machine.

·  From the source, ICMP echo-request package is sent to the destination.

·  A sequence identifier I set, which is incremented with each request.

·  In the data section of the request sending time is interested.

·  If the destination host is alive, it sends an echo reply message back.

·  Calculation of the round-trip time is done when the response from the destination is received and the time is noted for that and sending time is extracted from the package.

·  A sequence identifier is incremented for each request received and new echo request is sent again. The no. of the request can be set by the user or can be executed until the program is terminated.

The data received is processed and used to calculate packet loss percentage, the information then is displayed contains ping statistics for the destination which is the information of the packets sent, received and the total percentage loss and also contains the round-trip minimum, maximum and average time values. Data for each request made is also displayed with the response is obtained for each of them.

For What Ping is used:

Several network diagnostic tests can be performed using the Ping command, some of the following are mentioned below:

·  Ping when performed on a particular domain name, the DNS server resolves the request for a particular IP and IP for the particular host is returned and shown.

Here we do a simple ping on domain name www.google.com and the IP of the destination is obtained, the time for each request, the total time and packets sent, received and lost throughout the process is displayed.

There are several ways for several tasks in which ping can be useful and ping utility comes with a lot of options below is the screenshot for all the options available. 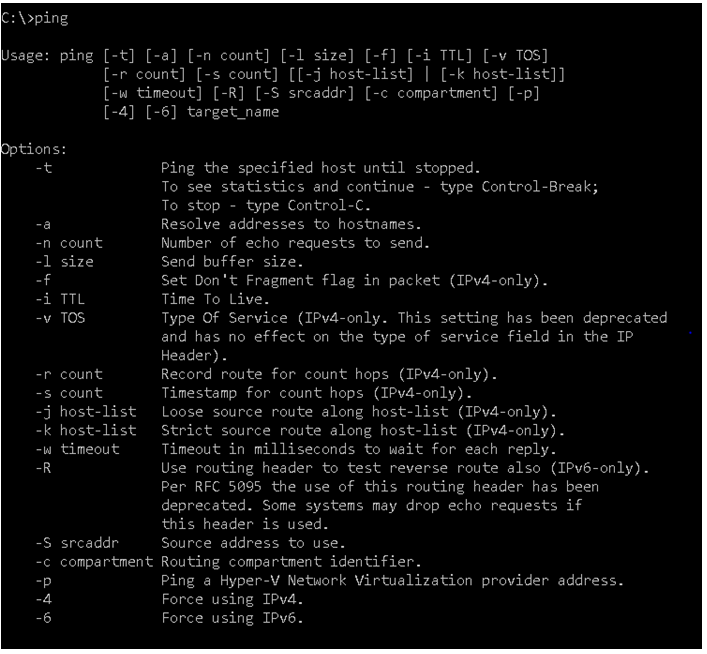 Ipconfig (Internet protocol Configuration) is a console application for Microsoft Windows which shows the configuration values for the current TCP/IP network and can be used to change the values for Domain name system (DNS) and Dynamic host configuration Protocol (DHCP) settings.

As Ipconfig is a console application when ipconfig command is executed in the Microsoft Windows command prompt it generates the following output. This output contains details for the different adapter attached to the computer and their details if they are connected and active. There are five details provided for each adapter if it is connected:

The data gained is used to identify the number of interfaces present on the computer and in which network each interface reside.

What Ipconfig is used:

For network troubleshooting Ipconfig is widely is used. Basic networking information can be retrieved using this command. The usage of ipconfig is not limited to this only it can do much more than that, some of the actions that can be performed using this command and adding some options to it are shown below.

· Ipconfig /all – Displays configuration (TCP/IP) for each adapter present on the computer. Where adapter can be of two types of physical and logical, where physical represent the installed interfaces on the network and logically represents the logical interfaces.

·  Ipconfig /flushdns – DNS client resolver cache contents are deleted and a reset are initiated through this command. Obstructive cache entries can be removed using this as well as the entries which were dynamically added.

Ipconfig /registerdns - dynamic resolution manually is done for all the DNS names and IP addresses for the computer. DNS name registration which failed can be troubleshooted using this command without making the computer reboot.

·  Ipconfig /allcompartments – Configuration (TCP/IP) for all the components is displayed.

Ipconfig is mainly used for DNS troubleshooting, with ipconfig /all command you can see advanced values for each physical and logical adapter, physical adapter are interfaces that are physically installed on the system and logical adapter are the interfaces which are logically created by the operating system, Flushing DNS cache and resetting the whole configuration can be done with ipconfig and also can be a great help when troubleshooting DNS issues, below is the screenshot attached containing several options which can be used in order to debug network problems.

Network statistics (Netstat) a network utility tool which shows the routing table, outbound and inbound TCP connections, Network interfaces, and statistics for the network protocol. It is available for most of the operating system which includes most of the variants of the Windows operating system. To figure out network problems, performance, and measures the size of traffic on the network.

·  Netstat – Statistics for the TCP/UDP connections is provided through this command these include details for the following:

o   Proto - There are two possible values for this (TCP or UDP), here proto stands for the Protocol

o   Local Address – This shows the IP address followed by the port number on which the particular service is running. If -n parameter is provided with this command, a port number is shown in numerical format. If all the interfaces of the server are listening then asterisk is shown for the host.

o    Foreign Address – This shows the IP followed by the port number of the computer to which the connection has been made. Asterisk is shown if the port is not established. 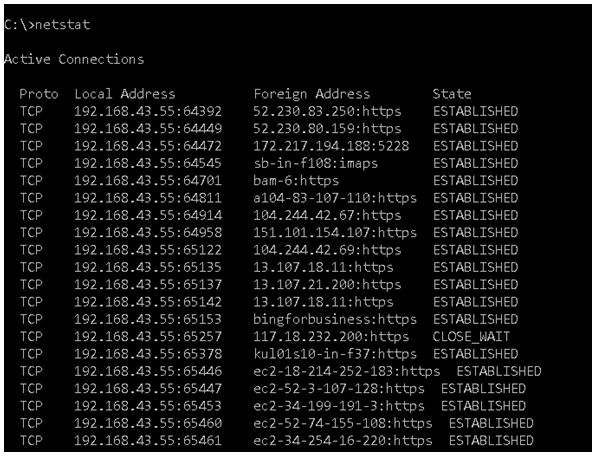