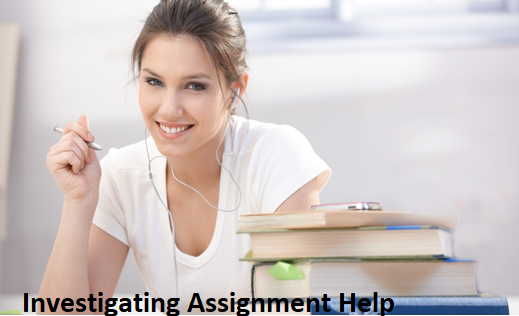 Research Topic: Investigating The Issue Of Consumer Trust In E-retailing of Nigeria

This chapter outlines the methodologies used in this research work. Saunders et al. (2015) defined research methodologies as the scientific and systematic of collecting, processing, and analyzing research data to meet the research aims and objectives. This research follows the “Research Onion” model discussed in Sunders et al. (2015) to formulate the methodologies. Following this model, this chapter first discusses four key types (pragmatism, interpretivsim, realism, and positivism) of research philosophy and formulates the most suitable philosophy for this research. Then, the research approaches (both inductive and deductive) and defines the appropriate research for this research. Then, the researcher discuses the research designs and defines the particular types of research design of this study.  Next, this chapter defines several kinds of research strategies and selects the particular strategies for this study.  Following this, the researcher discusses and defines the data collection methods and data analysis methods. At the end of this chapter, the ethical issues, and research reliability and validity are discussed.  The researcher also justifies how this study maintains ethical issues, and how the study is valid and reliable.

What is research philosophy?

The positivist philosophy focuses on the ‘factual’ knowledge gained through observation. Positivism philosophers apply objective approaches to collect and interpret data. In positivist research the findings are usually quantitative and observable (Collis and Hussey, 2014). On other word, in positivist studies researcher depends on quantitative observations and statistical analysis. A positivist study is empirically observable via human senses and aims to explain and predicts. This study mainly adopts a deductive approach and quantitative research strategy (Novikov and Novikov, 2013). Positivist studies use existing theories and literature to develop and test hypotheses. Positivist studies focus on large samples where the participants are selected randomly (Wilson, 2015).  However, there are some shortcomings of positivist philosophy. Positivist philosophers depend on valid sources of knowledge and experiences but many concepts like space, time and cause are not based on experiences. Then, the finding of this study is only descriptive, where there is a lack of in-depth analysis (Ramanathan, 2013).

The interpretivist philosophy promotes researchers to interpret elements of the study. This means interpretivism integrates and transforms human interest into a practical study. Interpretivism studies focus on naturalistic approach of data collection like observations and interviews (Bajpai, 2011). These studies also hugely depend on secondary data sources. An interpretivist study follows an inductive research approach and a qualitative research strategy. This study focuses on smaller samples but data are analyzed over long time or in a greater depth (Easterby-Smith, Thorpe and Jackson, 2014). The advantage of this philosophy is it conducts qualitative study in depth with a high level of validity because the data in this study tends to be honest and trustworthy (Saunders et al., 2015). However, the disadvantage is the reliability and representativeness of data in this study is undermined to a certain level. This is because data can be biased due to its subjective nature. In addition, the finding of this study cannot be generalized because the data is heavily affected by researcher’s values and viewpoint (Crowther and Lancaster, 2012).

The pragmatist philosophy focuses on different ways of interpreting research and the world. This philosophy believes no single view can provide the whole picture and multiple realities exist in the real world (Saunders et al., 2015). In pragmatist research, research question is the significant determinant. The researcher in this study can apply a combination of both interpretivist and positivist positions based on the research question (Easterby-Smith, Thorpe and Jackson, 2014). Pragmatist philosophers can apply more than one research strategy and approach. This means pragmatist studies can apply a deductive approach or an inductive approach or both approaches, and qualitative methods or quantitative methods or both. The pragmatist approach finds out the best suited strategies and methods to sort out the research problems (Crowther and Lancaster, 2012). This means that pragmatic researchers have freedom to choose of any procedures, techniques and methods. In some studies, it is essential to apply both qualitative and quantitative methods simultaneously. For this reasons pragmatism philosophical view is considered the most suitable for this study (Collins, 2014).

The realist philosophy depends on the independence idea of reality come from human mind. This philosophy focuses on assumptions of a scientific approach to knowledge development. This philosophy is classified into two groups direct and critical (Wilson, 2015). Direct realism focuses on the personal human sense. Critical realism focuses on the experiences of humans in the real world. This means the image and sensation of real world can be deceptive, and do not portray the real world. In a nutshell, direct realists think of the world as relatively unchanging, where critical realists focus on multi-level study (Saunders et al., 2015).

Research philosophy in this study:-

Research approaches are classified as deductive, inductive, and abductive, as follows:

Bryman and Bell (2015) explains that in deductive reasoning, a researcher takes a general idea or theory and tests it in a specific context. Then, the researcher moves through a number of stages to come in a conclusion. The goal of this approach is to reach a valid chain of reasoning, whereas every statement holds up to testing. However, there is a chance for deductive approach to provide both valid and unsound outcome. According to Olivia (2011), a deductive approach is suitable to deduce (infer) conclusion from an existing theory.

Bryman and Bell (2015) stated that the inductive approach starts with specific observations and the research goes towards the theories and broader generalizations. In this approach, there is a degree of uncertainty because the conclusions are based upon premises. As this approach is started with specific observation, researchers in this approach try to detect regularities, patters to make hypothesis and explore them. Finally, the researcher comes up with generalizations and conclusion that disclosed as theories.