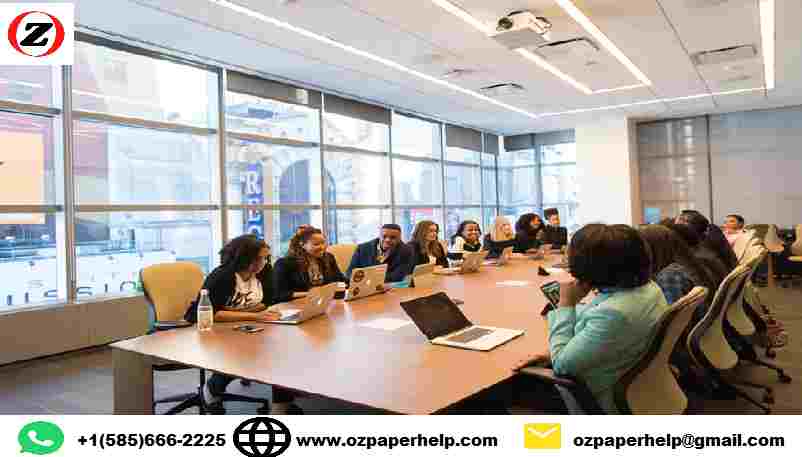 The aim of this business report is to study international labour mobility and assess its impacts on host and sending countries. Labour is a vital resource to the running of any business and consequentially the expansion of a country’s economy. Many of the developed nations face a shortage of labour owing to their lower population. This lower population is attributed to the country’s poor demographics. To make up this shortage, countries often import skilled and unskilled labour from developing and under-developed nations that lack financial resources. This influx of foreign population into host nations often impacts the country on many fronts. Through this business report, the effects have been studied and elaborated. It has been found that, the host nations more often than not benefit financially from the foreign influx. However, socially and politically, international labour mobility disrupts the normal working of the nation. It has also been found that there is a need for more uniform immigration laws that could be applicable across all circumstances and situations.

Adam Smith in his book, ‘The Wealth of Nations’, had put on a keen observation, which stated that it would be advantageous for countries to import goods from foreign nations at a lower price than manufacture them in-house with a part of the produce manufactured domestically to incur some basic advantage. This theory, stated in 1776, holds true even today in the 21st century, the age of globalization and industrialization. This theory known as competitive advantage simply means that the countries need to focus more on creating wealth by carrying out productive production activities with minimal resource inputs. The theory has formed the foundation of free trade in the modern age. Policy makers and economists around the world from the developed nations have acknowledged the theory’s viability and advocated for liberal trans-border movement of products and raw materials. However, as a major exception to this free movement, there exists a major limitation on free movement of labour across countries.

Data indicates that almost 3% of the world population resides in countries in which they were not born. This large immigration rate mainly comes from people migrating from third world African and Asian nations to more developed and economically stronger nations. A study by Pelham and Torres in 2008 has also indicated that roughly 40 percent of the adults living in the poorest 20% of the world population would be willing to relocate to a more developed nation. This desire to give up their homes, families and jobs to move to unfamiliar surroundings is born out of the lack of opportunities to develop in their native countries. Migrants are prepared to bear any legal cost to expedite the legal processes of moving to more developed nations and sometimes resort to illegal means too. This desperation to shift to alien landscapes is a result of the higher wage earning opportunities in the destination countries.

These large wage gains available to the immigrants reflects the increased productivity that the labour benefits from in developed countries with increased capital resources and better public laws. The redistribution of labour to more productive regions is based upon the principal of comparative advantage. The advantages of this labour reallocation is evident in the study by Klein and Ventura in 2007, which indicated that simplification of the legal immigration processes would lead to a 50 to 150% increase in global wealth. Countries have however been sceptical about accepting immigrants into their land. The reason behind this fear is manifold ranging from economic impact borne out of the additional costs required to sustain this foreign population to the socio-cultural impact on the country’s existing population. The aim of this report is to study and analyse the international labour mobility trends and their impact on the host nations on various fronts.

International labour mobility has become an extremely important issue over the past few years. However, despite the growing immigration numbers of skilled and unskilled labour across the globe, there are no uniform set of rules to regulate this movement. The United Nations and other world organizations have set-up initiatives like the UN High-Level Dialogue on International Migration to establish regulations in this aspect. The World Bank has also shown its interest in migrant remittances, which further underlines the growing importance of this issue. The Global Migration Group was born out of this need and has consistently been coordinating with the developed and developing nations of the world to bring about a homogenous regulation that would oversee all such movements (Pellerin, 2011).

The international labour movement regulation is derived from various other acts like the Human Rights Law, Refugee Law, and International Trade Law etc. Therefore, instead of assuming a singular identity, it takes various forms, often with different and conflicting objectives. The movement and work contract for temporary workers is based on the supply and demand chain and is often regulated by bilateral agreements between the two countries. Intra-company transfers to on-site and off-site locations and employment through private employment agencies are regulated by the company’s rules and often do not abide by the international regulations (Pellerin, 2011).

The work activity and economic status experienced by the economic migrants has a large degree of variation. By referring it as economic migration instead of labour migration, there is a lot of inconsistency and ambiguity. Owing to deindustrialization, high unemployment, and global economic crisis, the scale of labour immigration has stretched beyond salaried workers to non-established works such as self-employment and apprenticeship. Many unskilled immigrants arrive in foreign nations without any fixed employment to later establish small-scale businesses to sustain themselves economically. Though the status of their work is often permanent, their official work status is designated to temporary and thus no labour laws regulate their practices.

Owing to the population imbalance between the OECD nations and the developing nations, the demand for foreign labours is expected to remain high in the near future. Thus, concerned nations would now be expected to converge and collaborate in a better fashion to curb the menace of illegal and improper immigration by drawing up robust and flexible labour mobility laws. These laws should be flexible to allow greater mobility of skilled labour in important sectors such as healthcare and engineering.

Matsuyama and Miyazaki, 2018, in their report state that Brexit and success United States of America’s President, Donald Trump, have led to an increase in xenophobia. The primary reason behind this change in sentiment is observed to be the sense of threat that the natives experience from these immigrants. Owing to the increased influx of immigrants, the locals often feel deprived of their opportunities. Countries like the United States of America, the United Kingdom and Canada, which face a large majority of the migrant influx, are often forced to tweak their economic policies to accommodate this new population. The large non-labour resources in these countries often remain unused due to a deficiency of skilled labour. To accommodate for this lack in human resources, countries often bring in human labour from developing and under-developed nations. An empirical study by Ortega and Peri in 2009 indicated that the host economies more often than not benefit from the incoming foreign labour. The unskilled migrant populations take up the low wage jobs in the agricultural and service sectors and fill up a considerable gap. The worker immigrants alter the country’s income distribution and effect the domestic investment policies. The student immigrants help in increasing the stockpile of human capital and disseminate knowledge in the country. The investors and self-employed immigrants create greater job opportunities in the country and bring about technological advancements. However, this influx also results in an increase in the percentage of low-income personnel in the country and inadvertently adversely influences the country’s economy and international standing.