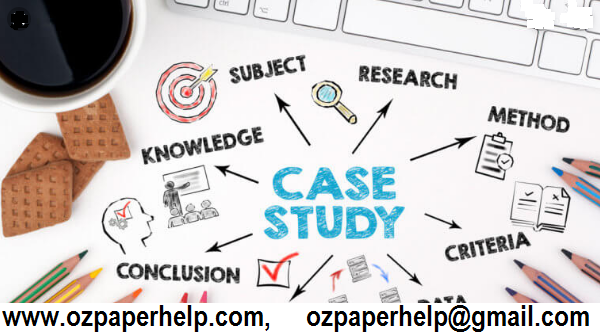 In 2008, almost a decade of the bull market in the United States subprime housing mortgage market spectacularly collapsed in the wake of numerous defaults by creditors. As the housing bubble burst, it sent the country into the worst period of economic recession only comparable to the great depression of the 1930's. The US dollar's status as the primary reserve currency for investors, institutions, and central banks across the world only served to amplify the effects of the crisis globally, almost bringing the entire global financial system to a halt. In light of this disaster, the command of the dollar in the world’s financial system came under intense scrutiny by economists, with some touting it as the end of the widespread use of the dollar.

This essay examines the trend of the US dollar post the financial crisis using the theory of exchange rates and how the emergence of a strong Yuan as a result of the remarkable growth of the Chinese economy has led to speculation of the Yuan as a viable substitute to the dollar as the world’s reserve currency. It finds that despite the initial decline of the dollar immediately after the financial crisis, its unstoppable rise through the years 2008-2017 saw it still emerge as the strongest currency, with its appreciation largely driven by the laws of demand and supply and its status as a safe haven. The outstanding performance of the dollar despite the challenging economic landscape leads to the conclusion that the dollar is unlikely to be replaced by the Chinese Yuan or any other reserve currency as the worlds anchor medium of exchange within the next ten years.

The Theory of Exchange Rates

Exchange rates, at their most basic, show the competitiveness of price in different economies. Prior to the 1970’s exchange rates were primarily determined by capital flows resulting from international trade (Bilson and Martson, 2007). The implication of this system is that countries that had a trade surplus, would find their currency appreciating in value and those with trade deficits losing value. However, the increased liberalisation of currencies around the world and the advent of floating exchange rates essentially invalidated this school of thought as it became increasingly clear that there were a number of factors at play in the determination of currency exchange rates (MacDonald, 2007). As such, exchange rate theories emerged from leading economists that placed a greater emphasis on how the exchange prices are determined.

The most common theory used to explain exchange rates is the Purchasing power Parity theory (PPP). This theory involves the cost of a commodity in one country and the cost in another country (Cassel, 1918). The PPP theory originally stems from the law of one price which states that an item or commodity, though sold in numerous nations, should have an equal cost when quoted in a common currency(Keynes, 1923). Fundamentally, this law denotes that one unit of currency of a nation should buy the same amount of identical goods in all countries. The key assumption of this law is that no significant barriers stand in the way of free movement of goods and capital e.g. transport costs and tariffs.

While the law of one price primarily relates to a single good, PPP applies the price level for a whole basket of commodities. With regard to exchange rates, Purchasing Power Parity applies where the ratio of the cost of the goods basket in the two countries is then compared to the actual prevailing currency exchange rate between the two countries (Krugman and Obstfeld, 2003). If the theory applies perfectly, then the price ratio should correspond to the existing spot exchange rate. If the ratio is greater than the exchange rate then that currency is overvalued. If found to be lower, then that currency is undervalued (Bilson and Martson, 2007).

The other method of calculating exchange rates is the asset approach. This method transfers the basis from goods to financial assets, as they tend to respond faster to price changes (Frenkel, 2007). The effect of this is that the price of a currency is in a constant state of change as it responds to the market forces of demand and supply of its assets. The main assumption under this theory that no significant barriers stand in the way of international capital flow e.g. high transaction costs (MacDonald, 2007). The exchange rate between the dollar and other world currencies is determined by the supply and demand of money and government bonds between the two countries. When the supply of domestic bonds increases as compared to those of the other country, then the local currency depreciates in value as investors demand a higher risk premium for the country’s assets to offset the related foreign exchange risks (Mussa, 1976). One issue with the asset models of exchange rate determination is that they do not take into account the effects of central banks’ intervention in regulating the supply of money and responding to international issues (Frenkel, 1977). With the wish of applying a more independent monetary policy, central banks have the ability to offset international reserve flows. As such Central banks have the ability to dictate the supply of money in an economy albeit in the short run.

Interest rate parity theory is the other method of determining currency exchange prices. This method utilises the relationship between interest rates and the rate of inflation. Under this theory, according to the Fisher effect, the change in the expected real exchange rate and expected inflation in both countries are the two determinants of nominal exchange rates(Krugman and Obstfeld, 2003).  This theory implies a high level of correlation between interest rates in a country and the country's exchange reserve. Combining this theory with the PPP theory yield the International Fisher Effect theory (IFE). In this theory, currencies that have high rates of interest will depreciate over time due to the expectation of high inflation rates (Bilson and Marston, 2007).

The housing bubble in 2008 as a result of subprime mortgages led to the financial crisis of 2008. In turn, the complete lack of credit in financial institutions across the world resulted in a worldwide economic slowdown only comparable to the great depression. Applying the PPP theory in the case of the United States, the cost of a good in dollars is the same across the world, regardless of where it is sold.  Looking at the PPP figures for the US dollar against the Euro, in December 2008, the PPP for the dollar to the Euro was 0.790. At the same time, the USD/EUR exchange rate stood at 0.6796(OECD, 2017). In December 2012, the PPP was 0.774 while the exchange rate was at 0.7778 Euros to the dollar(OECD, 2017). In 2015, the exchange rate had soared to 0.9011n while the PPP had reduced marginally to 0.75(OECD, 2017).  Therefore, empirical evidence of the PPP does not sufficiently explain the movements of the dollar in the period following the financial crisis. This shortcoming can largely be attributed to different price strategies internationally depending on demand, existing barriers to trade e.g. transport charges, and instances of restricted competition(Atrill and McLaney, 2012).

In this real world of PPP failure, it is then expected that the exchange rates can be explained by the Interest rate parity theory. For the case of the EURUSD exchange rate, we shall examine the policies of the European central bank and the Federal Reserve, and inflation figures in both zones. In the wake of the complete lack of liquidity following the collapse of Lehmann brothers’ bank, both the Eurozone and the United States went into recession. Monetary authorities in both regions embarked on a fiscal expansion policy to stimulate economic growth. The 2009-2016 period was marked by extremely low-interest rates and excessive supply of money in the economy. The effective federal funds' rate fell from highs of 5% in 2008 to lows of 0.07% in 2011(Federal Reserve, 2017). The ECB on the other hand gradually slashed its rates from 4.25% in late 2007 to 0% in 2016 (ECB, 2017). In both regions, inflation rates swung to negative territory immediately after the financial crisis with the Euro ranging from a low of -1% in 2009 and a high of 3% in 2013(ECB, 2017).At the same time, the US posted inflation figures of -2% in 2009 and 4% in 2012(Federal Reserve, 2017). Examining the exchange rate between the two currencies, the dollar consistently ascends against the Euro in the years 2009-2016, completely shrugging off the effects of the ECB policies and inflation.

Failure of the PPP and Interest rate parity theories to account for movements in the price of the dollar in the last decade implies the currency was mainly moved purely both by demand and supply of the particular currency. The role of the US dollar in the global market cannot be underestimated. 87% of all the daily currency transactions in the world involve the dollar at a staggering $4.7 trillion (BIS, 2016). The demand of the dollar rose after the crisis, due to investors’ confidence in only the dollar as a safe investment and their response by a flurry of purchases of dollar-denominated assets (McCauley and McGuire, 2009). This is because a currency increases in value when capital flows into its alternative markets e.g. bonds or equity increases.