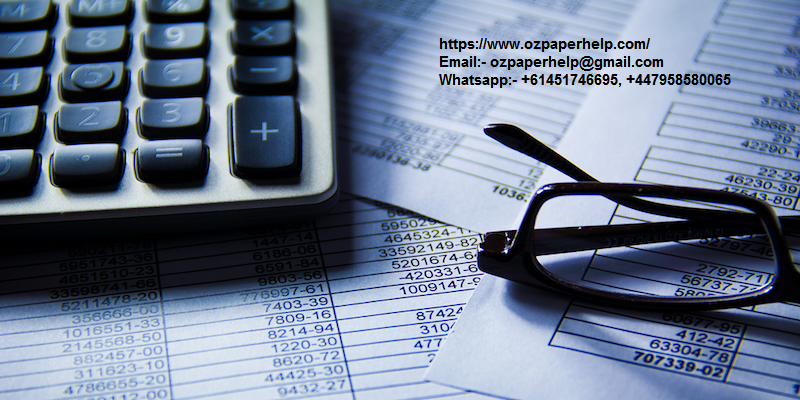 How will ‘Brexit’ impact the financial services sector?

The financial services sector is of key importance to the UK economy, while the continued success of the City as Europe’s principle financial services hub is a central theme in the ‘Brexit’ debate. We have looked at the pros and cons of ‘Brexit’ from three perspectives in order to assess how it might influence the regulatory landscape, economic fortunes of the sector and implications for cross border trade.

The regulatory picture is complex. Many financial and banking rules are set by global

higher than those set by the EU, suggesting any immediate impact may be limited.

Conversely, a ‘Brexit’ could reduce overall banking stability as any crisis may be met

with divergent responses from UK and EU regulators. It could also pose a thorny

legislative challenge, with over 40 years of regulation not formally enshrined in UK law.

market will be a high priority in ‘Brexit’ negotiations. A favourable outcome is highly

and may impact future decisions by global institutions on where best to locate.

Whatever the outcome, there will likely be an on-going need to comply with new EU regulation in order to continue to conduct business across the EU. Indeed, even if the UK were to exit, it is probable that firms wishing to conduct business across the EU would face increasing regulatory demands and, in all probability, still be required to comply with MIFID II rules when they are introduced in January 2018.

Economic impact on the City

elsewhere. However over time, competing European financial centres may renew

that these are better conducted from within the Eurozone under EU supervision. The UK

One impact that may be immediately felt could be a slowdown in EU talent that currently comes to work in UK Financial Services. A requirement for visas and work permits may create a barrier that could weaken the UK, whilst strengthening other more welcoming financial centres.

rights for firms based in the UK, looking to sell services into the EU. Firms could adopt

the Swiss Banking model by operating through subsidiaries without passporting rights.

Many firms already have distribution or servicing hubs within the EU, such as

Luxembourg or Dublin. These take advantage of local knowledge and expertise, or deal

with indirect obstacles to trade within the single market for services, such as tax.

cost. Despite the alternative options, some commentators have estimated that ‘Brexit’

could still see a significant reduction in exports of financial services into the EU.

Over the longer term, there could be an opportunity to compensate any potential loss by

Kong and Singapore, with which the UK has considerable historical and cultural ties.

Weighing up both sides of the Brexit argument

•    Many financial and banking rules are set by global regulators, such as the Basel Committee and Financial Stability Board.

•   UK based institutions could benefit from lower capital requirements set by the PRA.

•    UK firms could potentially avoid burdensome EU legislation, such as the bonus cap, restrictive employment rights and proposals for a financial transaction tax, improving the City's competitive position with Asian and US financial centres.

•   Brexit could pose a set back with over 40 years of regulation not formally enshrined in UK law.

•   It could arguably reduce banking stability, as a banking crisis would be managed by UK authorities with limited EBA input.

•   Potential loss of passporting rights for UK based firms. While the UK could preserve these rights by remaining in the EEA, it would still have to adopt EU regulations while losing the ability to influence or block damaging ones.

•   Non-EEA institutions providing financial services within the EU may face higher barriers with the introduction of MIFID II rules in January 2018.

•   The UK has the strongest Financial Services sector in the EU by reason of history, timezone, language, legal system, critical mass of skillsets, expertise in professional services and London's cultural appeal. This lead is likely to continue with the UK outside the EU.

•   Market forces will continue to prevail. Strong and innovative UK firms should have every reason to believe that discerning European customers will still do business with them.

•   Brexit poses short term risk to financial stability given the UK's high current account deficit. A period of prolonged uncertainty could increase sterling volatility, the risk-premia on assets, cost and availability of financing.

•   The UK leads Europe in euro-denominated wholesale banking, FX and derivatives trading. Eurozone countries have historically pushed to have key euro related activities and infrastructure relocated within the Eurozone and overseen by the ECB. Brexit could make such outcomes more likely as the UK would lose protection from ECJ enforcement of single market rules.

•   Brexit could restrict the free movement of banking professionals between Europe and the UK.

•   Over time, Brexit might inhibit growth in the sector, impacting on long term investment decisions, job creation and the length of time required for new businesses to establish themselves across Europe.

•   The single market in services is imperfect. Global financial services firms are adept at dealing with local market variations and hidden barriers to trade, such as competing Regulatory and Tax regimes.

•   Brexit could provide a longer term opportunity to develop bi-lateral trade agreements with emerging financial centres, such as Hong Kong and Singapore, with which the UK has considerable historical ties.

•   Given the disparity in financial services trade, the sector is arguably one part of the economy where negotiations stand the smallest chance of success. Loss of passporting rights could potentially see exports of financial services to the EU halve to around £10bn.1

So what can firms do to prepare?

With some big issues at stake for the sector and a large number of risks and unknowns, it is important that companies use the remaining time before the referendum to prepare. Grant Thornton has compiled a list of questions across five areas, that our clients can use to assess the likely consequence of ‘Brexit’ on their businesses. First, firms need to understand their degree of exposure, not just directly, but also that of their counter-parties, customers and suppliers. Secondly, firms must gauge the impact to their businesses under the most likely ‘Brexit’ scenarios. Finally, firms should complete the appropriate contingency planning, with identification of resources and support in order to cover off the largest risks and most likely outcomes.

Thinking about the impact of ‘Brexit’

Some questions to help you explore the possible impact of ‘Brexit’ on your firm.

How would an adverse outcome on passporting impact location strategy?

For subsidiaries of European parents, how is the parent likely to respond and how can

How essential is the need to comply with new EU regulation, e.g. MiFID II?

What is the likely impact on capital requirements?

What impact will Brexit have on the firms cost base and cost-income ratio?

What will the firms response to a Brexit be to clients, shareholders, suppliers and key

staff from the EU?

Do you have a Brexit communication plan and resources in place?

What adjustments to pricing strategies will be required?

What impact would Brexit have on existing legal contracts and mandates?

What documentation will need to be changed. What measures and resourcing have

been put in place to do this?

Review counter-party risk, direct and indirect impact on suppliers. How do impacted

What are the implications for cross border data management?

What is your key man risk and level of reliance on talent from the EU? How are key

One prediction that we are confident to make, is of a sustained period of business uncertainty in the run up to a ‘Brexit’ vote and beyond. By understanding their level of exposure to the most probable outcomes and putting strong plans in place to handle them, firms can ensure that they are well placed to mitigate any immediate risks and also capitalise on longer term opportunities ahead of the competition. For our part, Grant Thornton’s Financial Services Group is well placed to support our clients through a ‘Brexit’ with relevant regulatory, business planning and risk services.