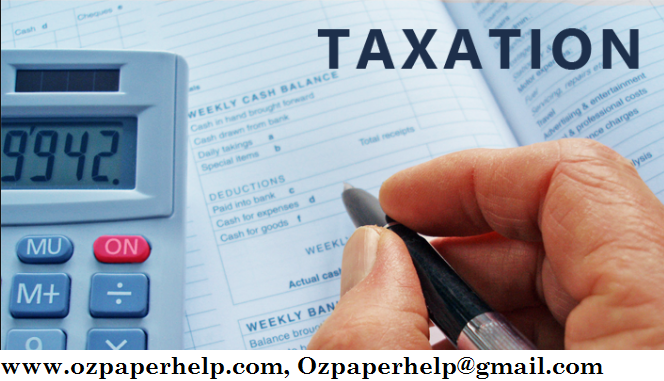 RIP Pty Ltd is a resident private company carrying on the business of undertaker/funeral director. It operates out of premises comprising office facilities, a chapel and assembly area and professional rooms. Its other assets include a fleet of motor vehicles.

For the year ended 30 June 2016 the company reported a net profit of $2.45m. Its income arises from the provision of funeral services financed as follows:

Fees payable under several external insurance contracts to which bills are issued under a ‘net, 30 days’ arrangement. For instance, some funeral costs are paid by the Transport Accident Commission, others are paid out of private life assurance plans.

Amounts paid under a funeral plan in which clients make periodic contributions to meet future funeral costs. ‘Easy Funeral Plan’ is a fixed price contract. When the agreed amount is paid, the client is guaranteed a ‘deluxe funeral arrangement’. If the contract price in not fully paid at date of death, the deceased’s estate is billed under (i) or (iii), above. The amount is not refundable or transferable. At 30 June the credit balance Easy Funeral Plan is $225,000.

From time-to-time amounts paid pursuant to the Easy Funeral Plan are not drawn upon. The clients might die abroad or remains not be recovered and no funeral service is provided. No refund issues arise.

At 30 June, the company transfers from Easy Funeral Plan amounts estimated to have arisen in connection with defaulting members (ie, members who have ceased making scheduled payments and who are not expected to make up arrears). These are credited to a ‘Forfeited Payments Account’ that has a balance at 30 June of $16,200.

[Note: it is necessary to refer to appropriate case law on the issues.]

a)    Refer to the decision in Arthur Murray (NSW) Pty Ltd v FCT (1965) 114 CLR 314. In your own words, briefly describe the facts, issues and conclusion in that case. [Note: Case reports and extracts of Arthur Murray are widely available or the decision may be accessed via www.hcourt.gov.au]

o Advise RIP Pty Ltd when income is derived (i) generally, and (ii) when it derives its income from funeral services and related activities.

o   Does the Arthur Murray principle apply to the company’s accounting treatment of amounts in Easy Funeral Plan? Explain.

o   Does the Commissioner or any taxpayer have a choice in the method of accounting for tax?

a)    RIP Pty Ltd holds a stock of three types of caskets as well as a range of accessories (such as religious and secular icons). In June 2016 the company prepaid $25,000 for material to be delivered in August 2016. The company obtained considerable discounts for the advance purchase.

d)    On 1 June 2016 the managing director of RIP commenced three months long service leave and was paid $22,000 in advance. In the company’s accounts the amount was debited against a Provision for Long Service Leave Account.

e)    In 2013 the company’s Board of Directors decided existing accommodation was inadequate and it resolved to construct a purpose built facility. In that year $250,000 was paid for preliminary architectural designs. In 2014 land costing $1.25m was acquired and $50,000 paid to demolish an existing structure. Construction of the new premises commenced on 1 September 2014 at a cost of $2.5m. Fitting and equipment was installed on 1 June 2015; operations began on 1 August 2015. On-site car parking costing $125,000 was completed on 30 September and landscaping of the site was completed on 31 January 2016 at a cost of $40,000.

Advise the company about the following:

[You must refer to appropriate sections of the legislation and relevant case law.]