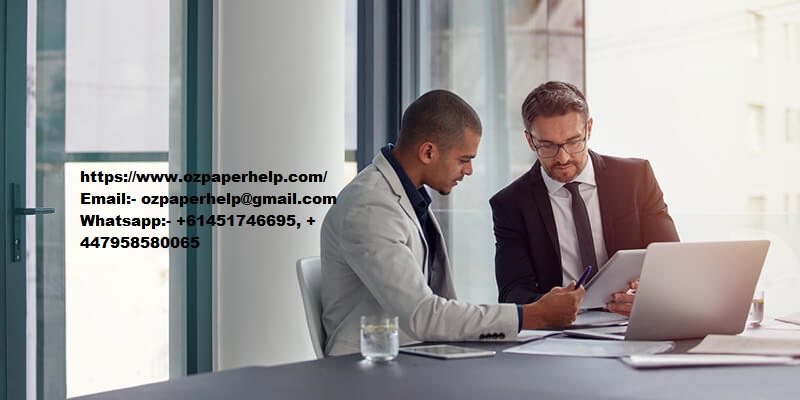 Commonwealth bank is based in Australia with a business interest in other countries like New Zealand or the United Kingdom. It provides varieties of financial services to its customers like retail banking, institutional banking or fund management (Schlagwein &Thorogood & Willcocks, 2014). It has around 51,800 employees working with this group. Total operating income of the group is $25,907 million on the cash basis and the return on equity is 14.1% in the financial year 2018. The scope of the report is limited to the independent auditor report for the financial year 2018 of Commonwealth bank and different matters related to it will be discussed.

2.  The name and nature of the non-audit services

The name of the non-audit services given by the Pricewaterhouse Coopers auditors and its network firm’s auditors who are also acting as the independent auditors of Commonwealth Bank are taxation services, services related to risk management, control and compliance matters of the group and other services which are defined as benchmarking and review processes in the independent auditor’s report. The nature of the taxation service is to check in an independent investigation whether the amount, which is recorded as tax expense or differed assets or liabilities, is accurate or not and assistance in the tax return calculation and filling of the group. The risk management, compliance, and controls related non-audit service is the independent investigation of the working processes of the group were the effectiveness of the existing control and other regulatory measures are evaluated and any areas needing improvement noticed by the auditor are communicated to the management and board of director and the suggestion are also given for how to improve those areas performance regarding risk management. In the benchmarking process the process reviews and benchmarking of the Bank responses related to security of the IT system and APRA and the royal commission (Commbank.com.au.,2018).

3. Auditor’s remuneration and its changes in two consecutive years

Loan impairment provision- For this key auditing matter, the audit procedures performed are analytical procedures and test of control was used. In this procedure, the Expected Credit Loss (ECL) model was analyzed by examining the cash flow forecasted amount, assumptions made in the model, the weighting of probability used in the model and comparing a sample of the supporting evidence. This procedure was done to check whether the financial reporting of Commonwealth Bank had followed AASB 9 related to the financial instrument. In addition, the auditing procedure of test of control was used to check the accuracy of the information of the credit information recorded in the Commonwealth Bank.

Provision for conduct risk and regulator action – For this key auditing matter, the auditing procedure of test of control were used. In this auditing procedure, the identification of the conduct risks and the legal and regulatory matter of the group were done. In addition, key governance meeting minute was analyzed and the discussion with key personnel of the group about the legal and regulatory matter was also conducted.  The influence of each financial instrument performance in the overall financial performance of the group was examined and it was checked whether the proper provision was made according to it (Commbank.com.au.,2018).

Operation of financial reporting information technology (IT) systems and controls – in this key auditing matter, the test of control procedure was used. In this procedure, the effectiveness of the certain operating control of the IT system for the continuity integrity which is related to the financial reporting was analyzed. In addition, the design of the IT system was examined to check its comparability with the financial reporting of the group. For examining the effectiveness of the certain control and compatibility of the existing IT system, a direct test was conducted on the sample of system functionality was done and the accuracy of the calculation or certain report made by the system was measured (Commbank.com.au.,2018).

The main responsibilities of this committee are a review of the financial and accounting reporting which are of high significance, checking and recommending regarding the half and full year financial statements of the group to its board and checking the level of consistency in the application of each accounting standards. In addition, the accuracy and completeness of the disclosures given are assessed by this committee, the effectiveness of the internal control system and reviewing and recommendations regarding the auditor’s response are given. The different responsibilities regarding group internal auditor and internal audit like appointment or removal of the group internal auditor or approval of internal audit plan. The different responsibilities regarding risk management like summarising the finding of the investigation regarding group policy like group whistleblower policy or reviewing the finding of the internal auditor (Commbank.com.au.,2018).

6. Audit Opinion and its type

8.  Identification of Material subsequent events and its treatment in the accounting system of Commonwealth Bank.

There are three subsequent events in the annual report of Commonwealth Bank for the financial year 2018. The first subsequent event involves the completion of the process of the sale of the New Zealand Life insurance business for the amount of $3.8 billion to the AIA group limited. It consists of selling of 100% business interest of the Commonwealth Bank to AIA group limited. The sale also includes the agreement of 20 years of partnership with AIA for life insurance products provisioning to the customers in the Australian and New Zealand market. The sale was completed on 2nd July 2018 and its accounting treatment involves the recording of the total gain of $102 million in the financial accounting system after deducting all expenses including tax expense and making all adjustments like purchase price adjustment (Commbank.com.au.,2018).

Another material subsequent event involves approval of the sale of commonwealth bank South Africa Limited to the non-controlling interest, African Rainbow Capital by the CBA board. The sale cannot be accounted for or treated in the accounting system as it is still waiting for the approval of regulatory bodies and calculation regarding the adjustment of the potential sales price. Therefore, it cannot be recorded in the accounting system for lack of accurate sale price of this transaction. The third material subsequent event is the new issue of new shares of around $622 million value for the purpose of DRP for the final dividend payment for the year ending 30th June 2018. This value of $622 million was added to the total value of equity of the group and the same amount has been appropriated in the income statement for the dividend payment purpose (Commbank.com.au.,2018).

9. The identification of the material information which is either missing or not fully explained or disclosed in the report in an effective way for the user.

The material information relating to the hedging activities of Commonwealth Bank were not fully disclosed as it should have been added in the list of key auditing matters of the group as its performance has a high significance in the overall financial performance of the group. The measurement and valuation model of the hedging activities should be evaluated and included in the auditing procedure of the key auditing matters. In addition, the fluctuation of the currency translation reserve of the group and measure or control taken to minimize its negative effect should had been evaluated.

10. The follow-up questions to the auditor of the Commonwealth Bank.

Some of the follow-up questions to the auditors of the Commonwealth Bank are mentioned below.

Why are there are high fluctuation in the amount of auditor remuneration of this current year with previous year?

Why the hedging activities of Commonwealth Bank are not included in the key auditing matters?

Why are new shares are issued of the group and do find the action justified?

Are there any areas of improvement, which you find in time reviewing of the internal control system of the group?

Do you find any significant risk of the group, which is currently having in its work processes and how will it impact the group financial performance?

Are you satisfied with the investigation process conducted by you in the completion of the auditing and non-auditing services to the group or you had done something different if you had more time?

How find you select the sample in the auditing procedure of different key auditing matters?

Do you have a suggestion regarding any financial matters of the group and if the answer is yes, then what is the suggestion?