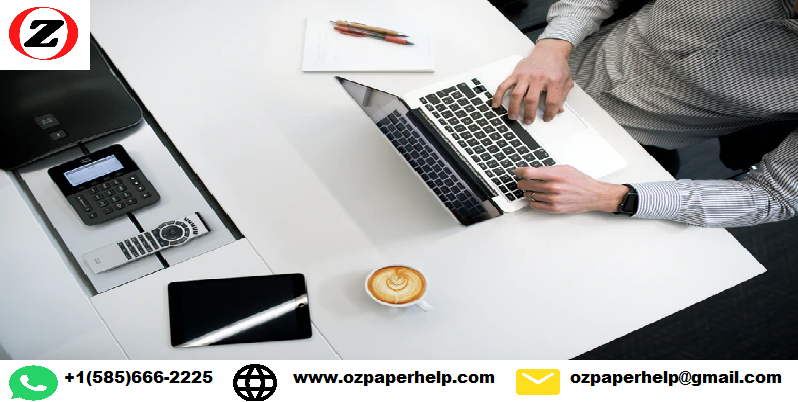 This report explains the fundamentals of financial analysis of a business using a comparative survey of two companies as a frame of reference.  The organizations in question are two of the prominent names listed on the Australian Securities Exchange (ASX) - JB Hi-Fi and Jindalee Resources Limited.  Before we come to that, it is important to know about ASX. Also referred to as the Sydney Stock Exchange, it is the chief securities exchange of Australia and ranks among the world’s top fifteen exchange groups. Any information related to stock market of a company can be found on the ASX website, as long as it is listed on the ASX. It also acts as market operator, clearing house, provider of educational materials to investors and facilitator of payments.

The purpose of this report is to aid financial decisions in business operations. Comparison between basic activities related to sales, variations in gross margin, balance sheet of the two companies has also been drawn. The companies have been deliberately chosen from different industries for greater contrast in comparison. This will help in clarifying the fundamental concept of ratio analysis and enlighten the reader about the organizational structure of business in general. A clear idea about corporate administration of the two companies can also be formed from this report. Graphs and index charts have been included to better illustrate the comparative financial analysis of both companies. A letter of recommendation has been attached with the intention of defining company goodwill and investment status through financial and investment evaluation. (Johnson, 1970)

Description of operation and comparative advantages of the two chosen companies

JB hi-Fi is a retailer of home consumer products and among the best retailers of Australia. Established by John Barbuto in 1974, it is now the seventh largest consumer electronics and home appliance retailer in the world. As of 7th June, 2016, it has 184 stores across Australia and 15 in New Zealand. It also offers information technology and consulting services. Besides that, it provides corporate and government solutions, insurance replacements and education sales of products and services. It identifies essential opportunities in social, economic and government affairs to supply authentic information regarding suppliers, investors, shareholders and so on. The board of directors of the company provide accurate reviews and thus aid in industrial development. The board of directors generally conduct their survey of corporate administration in compliance with business standards.

An ethical assessment of the government structure is conducted by the board of the company using business statements. Increment is made while utilizing multiple opportunities. The policies of the company make it mandatory to comply with all the products and services as per the third edition of ASX list. This has been improvised and subsequently approved by the board in August 2017.

It is a fast growing mineral exploration company. Jindalee is a public company aims at providing shareholders with monetary benefits through the discovery of high quality mineral deposits. ASX included Jindalee on its list on 11th July 2002 after the company raised an amount of 2.67 million US dollars. However it has not gone back to the market to raise capital since the listing and so the company shares on the stock market are relatively low. Jindalee has strong support from its directors who own roughly 34 percent of the company. Other private companies have a stake of 9.85 percent in the company. Jindalee’s third largest shareholder is Trek, a prominent name in the Canadian mining industry, which owns 5.9 percent of Jindalee’s assets.

As of August 2018, JB Hi-Fi’s annual profit rose by thirty-five percent to 233.2 million dollars. Total sales registered a 21.8 percent increase, reaching 6.9 billion US dollars, thereby exceeding expectations. Sales in the current financial year are expected to total 7.1billion dollars, headed by Australia, New Zealand and The Good Guys, which is a chain of retail stores acquired by JBH in 2016.

Currently, Jindalee operates on a cent percent ownership basis, brings in investors for funding or itself sponsors further exploration through a dedicated company of which Jindalee owns a major share or a company in which Jindalee shareholders can directly invest in. As of June 2018, Jindalee has 39.4 million US dollars worth of shares on the stock market and roughly  five million dollars worth liquid assets, which is 0.14$ per share. Thus the company is in a secure position to finance planned surveys and utilize new opportunities to provide more wealth to its investors.

Calculation and comparison of performance ratios of the two companies:

Liquid ratio analysis refers to the combination of various ratios in order to examine the prevailing abilities of the organisation. With the help of liquid ratio, it becomes easier for the organisations to pays their respective bills within periodic intervals. (Altman, 1968)

This assessment will describe the significant changes in share prices of JB Hi-Fi and Jindalee Resources. The stock prices as obtained from the All Ordinaries Index show that the varying of prices affects both the companies. Thus along with share prices, the index reveals the genuine financial condition of the companies. A perusal of the index explains all there is to know shares and their fluctuating prices in the stock market. It gives an idea whether the market situation is favourable for investment or not. (JB Hi-Fi Ltd, 2016)