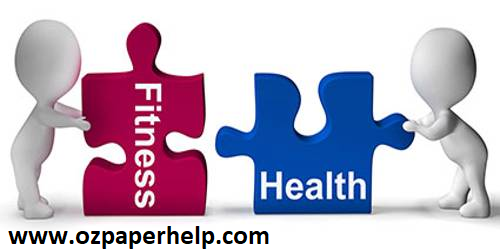 In this sections, the paper focuses in analyzing the strategy of the market though assessing the data that has been collected in the market. It more important to have a well and final report that has a clear data that has been scrutinized maximally so as to make the value of the app being achieved in a positive way. The analysis will involve various forms right from Economic, cultural, competitive and also PEST analysis.

According to the findings from the data collected, it has been established that the rate at which GNP GROWS the country to be high. This implies that the economy is growing positively and in a promising manner. With such a case, it implies that the adoption of the app ca be easily be considered. The total gross national product is a measure that can tell about the growth of the economy in which this research found it suitable for the proposal of the project. According to the analysis conducted, in 2018, the GNP of Kenya was reported to be ranging from 87.180 USD billion which was an increase of about 10 billion from the previous analysis. With this reason it can be deduced that the economy of Kenya increases evenly. Therefore, the adoption of the project primarily will be as a result of the rate at which GNP is being depicted (Shabanova 2015).

Consequentially, the average per capita income of Kenyans will remain the main determinant of whether the adoptions is to be positive or not. According to the analysis, results shows that most people are leaving an average life and most of them are self-employed. And therefore, people are ranging to a level that not poor nor rich. Basing on this findings, the paper establishes that most people can adopt the app so that they can be monitoring their well-being precisely in terms of health and fitness. For those who are engaging in works that are more physical and heavily can manage how they are doing health wise or otherwise. it can also be noted that most people are of working class and therefore having the apps that can monitor their working style is more vital. Literally the way of livings of the people remains the main key factors that can be used to assess the importance of the project. This is because, both social and economic are termed as the main elements that is of important in determinations of the application. The findings terms security as one of the profuse key that determines the economic progress in terms of health to people who are working in different conditions. Quantitatively, it can be concluded that the rate of growth of the Kenyan economy is much influential to the adoption of the applications which is very essential for human health monitoring (SHTAL 2018).

In this sections, it very important to the project in assessing both qualitative and quantitative aspect of the culture of the people in an economy.  It is prudent to be aware about the way of living of the people so that to have a way forward before releasing the applications to them. And therefore in this part, the aim has been to analyze how people takes and accept new innovations considering that this application is meant to be adopted in the field of health. Having a clear understanding of what the story of the people particularly in Kenya is will provide a market for the adoption of this applications. According to the statistics that has been established for this project is about the populations distributions. Most people are living within urban areas and therefore it suggests that most people do not have a recreational area for them to have better place that they can do physical exercise. This therefore, remains an impediment to the progress health fitness. As a result of this, many cases are reported in regard to obesity among other effects that are due to the absence of body exercise. This application can work properly in the country precisely in urban areas where there is minimal number of recreational facilities (SHTAL 2018).

Additionally, according to the statistics most people who are well learned and can easily adopt the applications resides majorly with the urban areas. Young people who are usually termed youth are the one occupying more than 85% of the whole country urban areas such as Nairobi. From this data then, it can be said that the application may find its way in since most of the young people like things that can affect their living style in a positive manner. Considering the role of this applications which is totally digital in nature, it shall serve profusely to the people who are using the smartphones most of them being of the young generation. Culturally, this application is marketed to young people who are having smartphones throughout their life. Furthermore, advertising of the projects usefulness to the public through the use of the media platform is a great initiative to be applied in marketing strategy. This because most of Kenyan follow the information that are being shared in the media such as televisions and Radios. This therefore makes it applicable to the people and they hence get convinced about the applications in making health fitness good and stable (LEYVA 2018).

Language is another tool that greatly influences the culture in relations to how to adopt new technological tools. The main target of this project is basically to be used in an area that is densely congested. In Kenya for instance, Kiswahili and English are the major main language that are being used for communications. Therefore, the main target is to be efficient in a manner that it can easily be understood by people within the urban area. Having a well language setting is an important aspect that is to be taken into account when having issue of business or market strategy.

The main aim of this analysis is basically to have a clear illustration of what is happening in the market in terms of other service providers. It will help in coming up with techniques that can help to outdo the other applications. Doing the analysis is basically going to help the project to be implement in a manner that is socially friendly and competitive in its own capacity. Since there are other applications that are closely related to what the application is meant to do, then is through strategy to analyze what is missing from the other brand so that it can be added to the brand. Having adding the flavor in the intended applications will mean that a favorable competition will be adopted and hence the application may get more market as it has been initially expected to be (Shabanova 2015).

To achieve this, it requires a lot of professionalism and marketing technique that is more friendly and cost effective. In other words, the aim is practically to make sure that transportations of sales agency to convince people to try the use of this applications without taming other brands intentionally. The data analysis then established that competition is very intense outside here, and therefore, much of time is to be taken to ensure that the target market is met. Considering that the total populations that is occupied by young people who are assumed to like recreational services. This is a great opportunity for the initiator of the project to provide a gaming completions that can involve numerous young people who can actively participate with an aim of winning different awards. This will be a great opportunity for this brand to sell their product to people who will attend the occasion. People will establish the profuse value of the product then they will have to share it with their friends and the products may fully get support and market will be achieved.

Additionally, more market can be met through the use of promotional services using other products that are directly consumed. In that case, a product that are usually consumed by all people within a country may be selected so that they can be seen and potential users can be met who may find it usable for their own health. Alternatively, a way may be done so that it can be adopted by the health facilities who may use it to assess the progress of the patients who majorly faces issues with obesity and any other related diseases. Though media, it should be made publicly that it is the best applications that automatically tells and reminds the user to have body fitness. This reminding will work best to people who are usually lazy to maintain the pace for their own health care. Having a smart approach on the market in a friendly and triumph way will help the applications in making its way into the market without any impediment (Shabanova 2015).

Furthermore, the competitions outside are seen growing speedily with most mobile companies such as Samsung adopting applications that are useful in monitoring health pattern of people. This application such as MapMyfitness, Argus, Fitbit among other important apps are greatly used in Kenya. This is due to the fact that the applications are download freely without any cost value. With such a case, it more prudent to have a modified system or applications that can easily be adopted by everyone without necessarily having to incur cost during downloading. The aim of this project to meet wide range and also many people is by making it available for them easily.