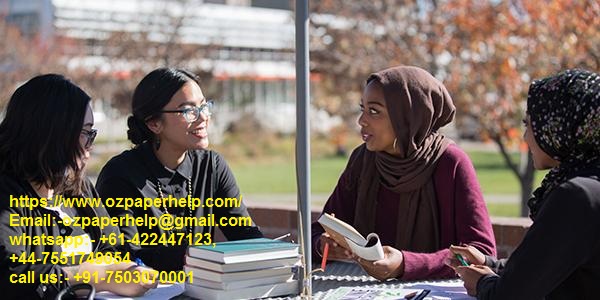 This section has the key points that have been derived from the video on Ford and Taylorism. The key points are going to describe the process, which has been taken into consideration by Ford in the initial phase of development.

From the video, it is found that the management needs to make sure that the process of production they are using is adequate to make betterment of the organisation. The Taylorism process made revolutionary development in Ford, and the reason behind this kind of success is prioritising the employee needs.

In this regard, the strategies are changed, and the production level increased drastically. Apart from that, the company’s management team was not satisfied. They focused on the ideology of emphasising more on employee’s convenience, rather than improving the percentage of production. The mobility of the workers was minimised, and the object was moved from one place to another. It is also seen that the company had huge profit, but the employees of the assembly line started to quit because they were not able to cope up with the speed. Ford raised the wages, and they received a huge number of applications from the job seekers.

From the above section, it can be illustrated that one organisation needs to think in a different way. For a better market grip, one organisation has to produce exceptionally good products and has to increase the service quality in a proper manner (Au, 2011). For this reason, employee management should be taken into consideration and by satisfying them, one organisation can have a better condition in vulnerable scenarios.

From the above section, it can be stated that the entire procedure of approach is highly productive and the other companies can also adopt this. It can also be implemented in the personal life of an individual. In small professional units, productivity matters drastically. The market reputation is highly necessary to be taken under consideration for the small organisations. The entire concept is applicable for the call centres. The company is one of the leading electronic goods makers in the world, and the demand is increasing drastically. In this regard, the organisations have to make sure that they are giving employees the needed backup during the production phase and all the assembly line. Implementing improved machines and incorporating the newest technology, a call centre can have better returns on their investment (Mortenson et al., 2015). In this manner, it is going to be a necessary prospect for the company because time consumption will be minimised and production per day will increase in a drastic manner.

The benefits of adopting new components have also been demonstrated, and the positive sides have been stated as well. Therefore, it is necessary to implement the newest thoughts and ideas to make betterment in the monotonous workflow. The production will increase, and the reputation will flourish in the highly competitive information technology field. The concept of Taylorism can still be accepted in the Australian and American region, but in case of the current scenario, new methodologies have to be incorporated, and proper machines have to be installed for the workers’ betterment. Applying proper training is going to make sure that the people will get proper motivation and newest approach strategy to perform better than the past.

The section contains key points, which are valuable and effective in describing the issues that has been faced during globalization in different phases.

The video describes the opinion of Thomas Friedman. In this video, he says that the world has faced three different types of globalisation. He demonstrated why the arguments described by him are authentic and legible. In the initial phase, the world has seen an era of globalisation relating to the country based on globalisation. In the past times, the countries used to colonise another part of the world and in this manner, the cultures and the other transmittable objects used to transfer from one part to another. The next part, which has been taken into consideration, is the company-based globalisation. In this segment, the companies went for business ventures, and they carried the culture of the country from one place to another. The companies played a huge part in spreading the thoughts and making the world more approachable for others. The third era is individual globalisation where people are living now. With the help of social media, people are becoming self-centred, and the physical communication has been minimised (Coker, 2014). It is threatening for the entire human race because; people are forgetting the importance of getting involved in a collaborative venture for societal improvement. The key factors, which can be depicted from this segment, are the importance of globalisation, the harmful effects of the entire segment and monotonous approach strategies related to globalisation prospect. In this case, it can be stated that the iron rule of Friedman is partially acceptable. The major importance should be given to the development of the entire human race; otherwise, there will be no meaning in developing the communication standards.

Au, W., 2011. Teaching under the new Taylorism: High‐stakes testing and the standardization of the 21st century curriculum. Journal of Curriculum Studies, 43(1), pp.25-45.

Coker, C., 2014. Globalisation and Insecurity in the Twenty-first Century: NATO and the Management of Risk. Routledge.