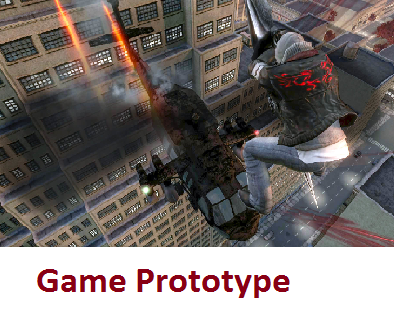 For this assessment task you are expected to construct a prototype level/area as a “proof of concept” for the game that you have designed in Assignment 1. The prototype should function with proper game logic utilizing self-created and pre-made artistic and programming assets.

The following course learning outcomes are assessed by completing this assessment:

•       S4. Use programming constructs to respond to user input and to create object and character behaviours;

•       A1. Operate appropriate software packages to design and build games and interactive media products that align with client and project expectations;

You will go through the game development life cycle outlined in Lecture 2 during this semester to design a game and develop a small prototype of that game for Windows PC.

The Game Prototype is related to your designs outlined in your Game Design Document.

After your game pitch, you will have reiterated and written a game design document for Assignment 1 that discusses your game idea in detail, including some or all of the following: genre, story, setting, characters, objects and game mechanics. Using your game design document, you must now develop a small functional “proof of concept” prototype that showcases part of a level or contained area of your game.

What does “proof of concept” mean?

•       Here are some just some examples of different proof of concept prototypes:

o    RPG: an option would be to showcase a small village with a few characters you can talk to, with a couple of game mechanics – rather than showcasing an intricate RPG combat system.

o    Shooter or Racing: the markers will probably expect that your prototype will have at least some shooting or racing respectively!

o    Platformer: at minimum some platforms and jumping should be involved in your prototype, and possibly an enemy or two to dodge or attack.

•       Remember: the core mechanics and scripted events of your game will really show proof of your game concept in the prototype assignment.

There are a number of requirements that you must adhere to when completing this assessment task:

o    It is expected that you can develop your own 2D and 3D assets that are appropriate for your game dimension (2D or 3D). Remember that creating a 3D game is highly recommended.

§  2D games must have at least four 2D assets (not just primitive shapes) created by yourself. Static sprites and world terrain are the most likely choices here.

§  3D games should have at least four assets (not just primitive shapes) created by yourself in 2D (materials), 3D (meshes), and/or even a world terrain (3D level mesh or Unity terrain).

§  All assets need to be listed in your report (see next page).

§  You can use alternatives like Photoshop for your assignment but there will be no labs exploring this alternative.

o    Blender can be used to develop 3D assets (see Labs 2 and 3 for Blender instructions).

§  You can use alternatives like 3ds Max or Maya for your assignment but there will be no labs exploring these alternative.

o    Unity can be used to develop a Terrain (see Lab 6 for Unity 3D Terrain) and place primitive shaped 3D assets. Unity also has a huge library of over 3000 free premade assets you can import and use, and not limited to just art assets (see Labs 4 to 10 regarding Unity and Moodle Resources links to free assets).

§  Premade ready-to-use assets should be used appropriately within your prototype. o Other external assets

§  It is acceptable to source additional external assets if needed, but they should be completely free to use (under Creative Commons 0 licensing).

o    Unity is a requirement for developing your game prototype, do not use any other game engine software (see Labs 4 to 10 regarding developing simple games and triggered events in Unity as well as Moodle links to Unity tutorials to build small playable games for multiple genres).

o    Single player requirement. Multi-player will make the scope much larger – too much for this introductory course (unless your multiplayer design has been approved by the lecturer).

§  Engaging use of Objects including the player, objects in your scene(s), camera and light sources. These will have components and scripts to create the mechanics of your game.

•       Materials placed on game Objects to distinguish them apart from one another.

•       Use of prefabs where Objects are reused as another instance, instead of re-created.

•       Scripts to give user control over the player character/object.

•       Scripts to trigger events and collision detection on game Objects.

•       Components added to your game Objects where appropriate such as Animators, Rigidbody and Colliders.

§  Unity UI elements scripted to control their functionality such as a scoring system, ammunition left, chat dialogue or another interface element.

o    You should also submit a report detailing what you have done. A template is provided on Moodle to make this easier for both you and your marker. This must briefly address:

§  Which of the assignment criteria have been implemented. Do not rely on the marker noticing which criteria you have met, so highlight where you have implemented each element.

§  Any major aspects of the game which have changed since your game design document, explaining why this has occurred.

§  Any limitations or known bugs in the game. Unacknowledged bugs detected during marking will be taken as evidence of insufficient testing. Bugs that have been documented in this report will receive more leniency in marking than those that are unacknowledged.

§  An overview of all of the scripts which you have created and which game object(s) each one is attached to.