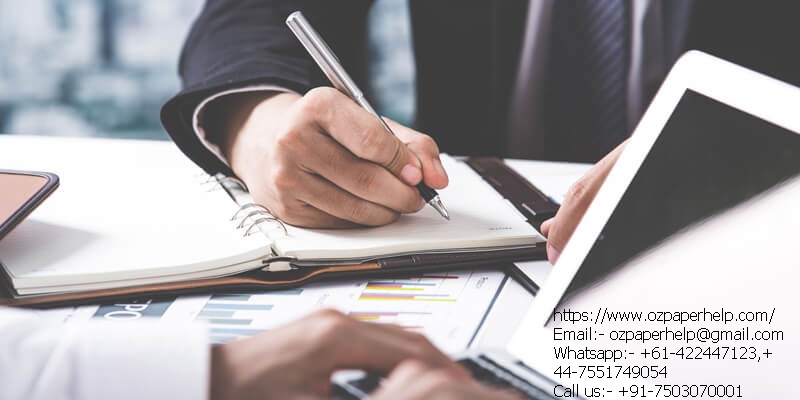 Bernard Madoff is a former American stockbroker who was convicted in a Ponzi scheme and is currently serving sentence in federal prison. He is guilty of the largest financial fraud in U.S history. He was running a legitimate stock broking business alongside a fraudulent investment company. The investment securities fund business was a Ponzi scheme. He collected money from scattered   individual investors, promising them a low risk and high return policy. He founded his investment business Bernard L. Madoff investment Securities in the year 1960, as a penny stock company with an initial investment of $ 5000. Later due to intense competition in the brokerage industry he created, his investment firm which was the start of the Ponzi Scheme.

The fraud that came into existence is by nature a Ponzi scheme. The concept of a Ponzi was named after Charles Ponzi, who started this pattern of Fraud in the 1920s. A Ponzi is a fraudulent investment scheme, which attracts funds from new investors by promising very high rates of returns and secretively pays off the dues of earlier investors from the money thus collected.  In this way, they do not allow in damage to goodwill in the market thus attracting more and more unsuspecting victims. It successfully maintains a illusion of sustainable business, thus generating newer funds continuously. Bernard Madoff was a pioneer of electronic trading in NASDAQ and he was extremely respected in the industry. This is a case of money laundering, Ponzi as well as securities fraud. There is a dispute regarding when the scheme actually started, however during investigation he claimed that it was initiated in 1991, but his other account employees gave witness that it was almost running from 1975. The money that he collected he deposited in the Chase Manhattan Bank, which later became J. P Morgan & Chase (Lewis, 2013).   The deposits earned interests, which were used to pay-off any investor who wanted to withdraw his money. Sometimes money was paid from receipts of newer investors. Madoff maintained a front of respectability thus wooing more investors. Bernard was a well-respected active member of the financial industry, which in turn helped him to stay afloat even after multiple reports of suspicious activities from Securities Exchange Commission. It is known that the scheme was of the scale $65 billion. In 2008, Mad off’s son told authorities that their father had confessed regarding the scheme and this led to the investigation of the largest fraud of Ponzi. The Madoff investment scandal defrauded thousands of investors of billion dollars of hard-earned money. He was charged with 11 federal felonies and was sentenced to a150- year sentence.

3. How the Fraud Scheme was perpetrated

The Madoff Ponzi scandal was a massive deception scheme, which led to huge money loss for the people. Five long-term employees of Madoff were also prosecuted. This entire process was perpetrated by habitual doctoring of books and records in a periodical systematic way. There was maintenance of phantom records and huge window dressing of financial statements. The entire scheme could be committed because the false sustainable image of the investment scheme of Madoff had a very good image in the market. He was a veteran in the industry and his image as a successful man who was constantly beating the markets actually ensured success for the firm (Forbes.com. 2018). Bernie Madoff did not have to borrow funds to invest as he already had the money from the unsuspecting investors, which he kept rolling.  Madoff owned a legitimate broking business and he used his booming brokerage business to shield his fraudulent activities. He collected money from his own clients initially and then from references, deposited them in his own bank account. His bank account balance grew which he used as collateral in his broking business. Whenever an investor would request a payout, he facilitated it by paying out of the deposits received from new investors. This cyclical activity along with his image of a brilliant fund manager, he pulled off the fraud. The strategy involved by Madoff was that he paid high returns in a flat market. He doubly paid the hedge fund managers on both purchase, delivery points of the fund transaction, and this was done clandestinely, without mentioning his name. The illegal advisory Ponzi scheme was conducted in seventeenth floor of his mid – Manhattan office. In 2003 and 2004 the SEC started getting complaints alleging that Mad off’s schemes were showing signs of Ponzi nature.  Earlier there was a major red flag issued against Bernie’s company by Markopolos, who claimed that either Mad off’s firm was into insider trading or it was running a Ponzi scheme. When the SEC decided to start investigation, Bernie objected and reminded that he had been chairperson of NASDAQ for three years. But on further investigation the contradictory statements and irrational fund size of the Bernie fund ensured that gradual fraudulent activity information was coming to light(Dcollins.faculty.edgewood.edu, 2018).

4. How the Fraud scheme detected

Initially, the fraud was detected by an accountant named Harry Markopolos, who tracked Mad off’s revenue stream. He is famous as the whistleblower in the Bernie Madoff Ponzi case. He filed complaints with the SEC, but was not entertained. However, the scheme was finally exposed when the market was severely hit by the crash of the housing financial crisis in 2008. The sub-prime crisis exposed the Ponzi felony. When the market crashed, several investors lost money and this led then to claim their amounts from Bernard Madoff’s firm. This is when he was faced with no other way than to plead guilty of running a Ponzi, because he had a liquidity crisis and could not pay off all the investors. If the markets had not been affected by the sub- prime crisis, he would have gone undetected. The SEC had conducted an investigation and had failed to detect any anomalies, the liquidity crunch of the sub-prime crisis forced Madoff to plead guilty. This failure of SEC to detect the fraud, led to further investigations by Inspector General David Kotz, into the failure. The report clearly indicated that the examiners were aware of Mad off’s stature in the financial market leading to be less aggressive. The involvement in fund rolling with clients of the big four audit houses had also played a heavy deterrent in the investigative procedure (Sec.gov, 2018).

5. The Investigation and the Aftermath

The financial juggernaut Lehman Brothers had filed for bankruptcy leading to market crash and  liquidity crunch for Bernie Madoff‘s Ponzi scheme due to huge one time claims by investors. He confessed to his sons that, the decade long business was a Ponzi. He pleads guilty in the court of law and his firm was liquidated.  The BLMIS was liquidated recovering around $ 9 million only. Irving Picard was appointed trustee who conducted the liquidation process and wound up the company eventually distributing to the victims in a proportionate basis. However, Picard could only settle 2500 claims and had to deny 13000 claims (Forbes.com, 2018). The recovery efforts though aggressive were only successful to a very small extent. The aftermath of the investigation led to the criminal investigation, though Madoff claimed that he had acted alone, yet the authorities brought criminal charges against 15 individuals of his company’s innermost circle. The accountant who was the longest serving Frank DiPascali received a long sentence. The major changes that took place were that, there were many reforms that, the Securities and Exchange Commission (SEC) formulated. Enforcements of rules have now become a priority.