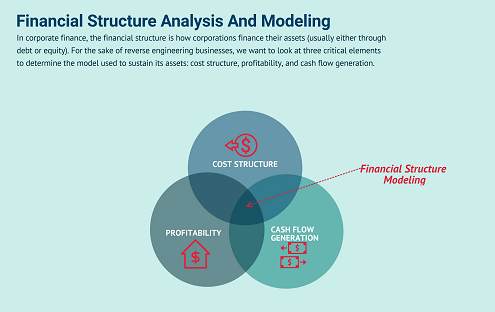 The financial structure of the company represents the company’s sources of fund. The company has to generate a positive financial growth to retain the current shareholders and debt holders and also to increase the market share of the firm.

Here, the Dillistone Group Plc is one of leading software company in the world established in the United Kingdom, has a potential in capturing the market. The company has a great quality product on the market. But if we consider their financial conditions it is not worthy of that. The company has a decreased EBIT and net income as a profitability of the company. This is not a better sign for the company and the investors will not invest in the company if they could not increase the profitability such as net income and EBIT. On the other, Dillistone has to maintain its debt and equity in the firm so that their interest and dividend payment remain in a constant procedure. Now the capital structure of the company is getting more debt base. The company has to prevent the dependency on the debt.

Background of the company:-

Dillistone Group Plc is one of the most popular software industries in the world which was founded in the United Kingdom. It is a global leader in the field of supply of technology solutions and services to the recruitment industry. Currently, the company is operating its business in more than 60 countries and working in 2,000 firms in the world. The company has three divisions for working in. Its three divisions are Dillistone Systems, Voyager Software, and Gated Talent. Dillistone system is the is division specializes in the supply of company and services into the executive level recruitment process. Voyager software division is specializing in the contingent recruitment like contractual placement, provision of temporary staffs and permanent placement. And the final division is Gated Talent which was established in 2017 to provide networking the information the executive recruitments in a GDPR compliant manner.

For the Dillistone Group Plc, their main goal in for surviving in the market is by both organically and through acquisition. Also, the group has a focused customer based who are aware of the product quality of the company. So, the company is focusing on the products that can increase the market customers as well as the market shares. The firm has a principally implemented the group’s objective in the company to have a better customer in numbers, who are willing to buy new quality products. And to be the market leader in the software industry of the United Kingdom, through increasing the company’s capabilities by recruiting the talented employees who have the potential to prove their best worth for the company. Also, the company is implementing an aggressive dividend policy in terms of providing shareholders benefits against their share.

The company is maintaining its capital structure mainly by adjusting the number of dividends paid to the shareholders, return capital to shareholders, sell assets, issue new shares, or taking loans from the banks or other financial institutions who are capable of providing loans to the companies like Dillistone Group Plc. The company has structured its capital structure from both equity and debt as they take debt from the market to finance their organization. It is important for the company to invest fund from the outside of the company like the bank loan, it is beneficial for them in many ways that it reduces the cost of capital and when they include the interest expense in the income statement it provides benefits in tax benefit and lower the tax rate for the company as a result of less net income. 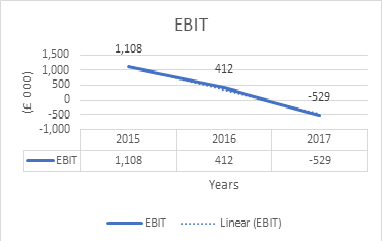 A company’s profitability is mainly measured by the amount of net income the company has been able to generate from its net income. Net income the annual profit that a company generated from its operating activities. It is the income that is available after deducting all the expenses of the company. Net income is calculated from the sales of the company. It is the income that available to the shareholders and will be provided them as the dividend. 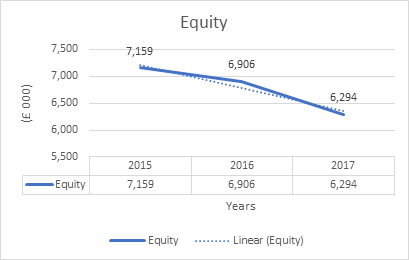 Here, in the trendline, we can see that the company's equity is decreasing in numbers. This can be the result of the company’s bad impression as generating profits. As the company has not been able to generate more profit for the owners they (owners) are withdrawing their funds from the market and investing the fund in other company’s shares. In the future, the company may have to fund their capital structure if they could not generate the desired profit for the shareholders.

The company has been working the United Kingdom for a long period of time, but in recent financials of the company represents that the company is not doing well in the business as their both EBIT and Net income is not worth enough to represent in the market. On the other hand, instead of having a lower net income the company has been able to provide the shareholders their desired dividend. The management here, have to take the responsibilities of generating more profit for the company. Their main work here should be to implement the rules and regulations in generating the best work from the employees. Not only the work but also to ensure that the market has enough knowledge about the company and they know the potential of the firm. This can increase the capabilities of the company in generating more profit and increase the trustworthiness of investors.