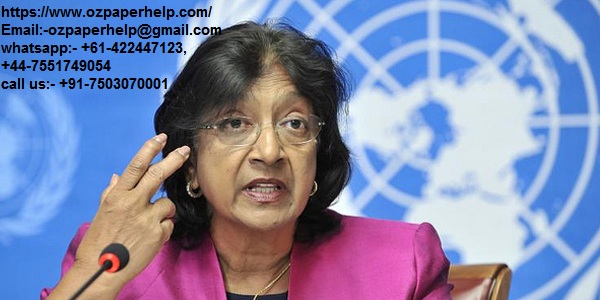 Female Genital Circumcision (FGC) also known as Genital cutting, Genital Mutilation or Pharaonic circumcision finds its first mentions in Egyptian history around 163 B.C. (Rosella Lorenzi, 2012)This practice involves partial or total removal of female genitalia for non-medical reasons. It was used as a tool in order to subdue sexual appetite of women for various reasons and was practiced in Africa, Asia and Middle East for centuries.

In the various researched conducted by several organizations like UN and WHO so far have been from point view of medical benefits v/s health hazards of this practice. It is found that more than 200 million women across Africa, Asia and Middle East have gone through this procedure before the age of 15 years and have suffered severe consequences (WHO, (n.d)). Some of them are immediate like severe bleeding, pain and problems in urinating, wound healing problem, shock and on some occasions even death. Long term impact list goes even further and includes vulnerability to later cysts, sexual problems, menstrual problems, as well as complications in child birth and increased risk of new born deaths (WHO, (n.d)). In the light of these far reaching health hazards FGC is viewed internationally as a violation of human rights of girls and women and is often highlighted as deep rooted inequality between sexes and extreme form of discrimination against women (UN, 2017). Considering all this UN requested all the nations to take steps towards abolishing this practice.

Though Female circumcision keeps drawing so much flack, male circumcision is still a prevalent practice across various faiths (Jewish and Muslim communities) and nationseven the British royalty practice it (CathrineBennette, 2012). However,In a ruling by a regional court, following a case in which a boy suffered a botched procedure, it was banned in Germany (BBC News, 2012). They said that ‘fundamental rights of the child to bodily integrity outweigh the fundamental rights of parents’(CathrineBennette, 2012)but the German government said that,” it was a case of protecting religious freedom and circumcision carried out in a responsible manner should be possible without punishment.” (Angela Markel, 2012).

Even a study conducted on male circumcision “Randomized, controlled Intervention Trial of Male Circumcision for Reduction of HIV Infection Risk” concluded that circumcision provides a degree of protection against acquiring HIV infection, equivalent to what a vaccine of high efficiency will achieve and can be an important way of reducing spread of HIV in sub-Saharan region”.(BertranAuvert, Dirk Talijaard, Emmanuel Lagarde, Joelle, Remi, Adrian, 2005). Another study suggested reduced risk of HIV is due to reduced susceptibility to sexually transmitted infections (Julius Atashili, 2006).

Through my research I am trying to uncover this aspect of the FGC practice to explore how young women from Agbarha-Otor (majority of them undergo FGC procedure) feel, that what has been done on/to them that is (Circumcision) is now illegal.  Additionally exploring experiences of what happened prior, during and after the procedure and present a new perspective regarding whether all women (as commonly believed by western world) are forced to do this or whether they understand the implications of their actions and still choose to undergo FGC for their own reasons.

Qualitative data collection method was used for the current study. It involves analyzing attitude, behavior and experiences of women of Agbarha-Otor Kingdom Community Delta-State Nigeria about FGC. This study will focus on the experiences of African women who underwent FGC and their views about the banning of the procedure and declaring it a criminal offence.

The qualitative approach was chosen because it is useful for obtaining details that are rather difficult to get with a quantitative method which employs use of numerical data. Personal interviews helped me obtain true insights about the feelings of the participants regarding this subject (FGC) which has been a part of their lives and family discussions ever since childhood. The interviews were kept simple and concise in order to avoid misunderstanding and misinterpretation.

The research was carried out at the Agbarha-Otor Kingdom Community Delta-State Nigeria because Nigeria is a cultural and political power house in Africa. The outgoing president with backing from United Nations population fund and senate passed a federal law banning the practice on 5th May 2015. Nigeria has the highest percentage of FGCcases worldwide and almost one-quarter of the total circumcised girls / women there have undergone FGC. This move was highly appreciated and welcomed by the campaigners as they hope that it will have a knock on effect on other African nations where this practice is still rampant.