Fairy Tales and the Childhood Development: An Influential Bond 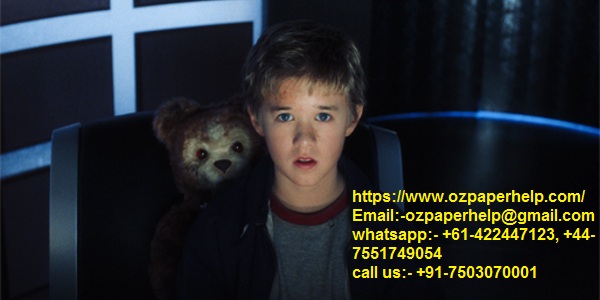 Fairy Tales and the Childhood Development: An Influential Bond

Every movie is developed to satisfy the taste of a specific target group and therefore, each movie has distinct backgrounds and story development patterns. Children are also one of these target groups and the movie makers try to satisfy this specific group by producing movies that are based on popular fairytales and folklores. But it has been observed over the years that such kind of movies try to ensure that the contents are appropriate for the children psychology as the mental status and stature of the children far more different from that of the adults (Warner 96). This is the reason why the movies present the popular fairy tales in a developed and revised manner to suit the target audience. This paper aims to discuss that fairytales have a huge importance both in the film making industry and in the development of the child psychology, and it also tries to establish the fact that revisions are appropriately made within the original storylines so that the movie does not have any negative effect on the psychology of the children.

Fairy tales exist in every culture and language. They are being narrated to the children from ages beyond. But it has to be understood carefully and critically that the fairytales are not only the mediums of entertainment but they are also the significant agents that have a great influence on the psychological development of a child. Most of the tales have similar patterns in the development of the plot and therefore, the fairytales are considered as the distinct set of stories. While most of the fairytales have storylines and images having a positive impact on the childhood development, there are a lot of stories that contain inappropriate images of violence and other negative traits that consequentially have a negative impact on the childhood development (Bettelheim 207). Every fairytale is designed to convey some sort of moral message. The principal character usually goes through a lot of hardships and battling times to conquer the goal and hoist the flag of positivity and heroism. Thus, these tales help in developing a moral and ethical sense in the human beings right from the childhood period. According to a number of experts, the narration of the fairytales produces an immediate effect on the psychology of the children that leads them to behave according to the rendered and supposed belief they developed from hearing the tale (Crain et al. 13). The stories of heroism help the children to become ethically stronger and develop a strong sense of self-belief. But the effects of these tales are not always positive. Violent and negative images have immense effect that deconstructs the psychology of the children in such a way that they may even confine themselves within the constraints of their owAn self for the rest of the life (Cashdan 186). Moreover, the apparently non-harming contents can also have negative effects. For example, the popular of the prince charming may affect the girls to develop a notion which leads them to find the qualities of the portrayed prince in the real life characters. The images of injuries, bloodshed, and evil characters may boost the sense of fear already present in the children. It can never be rejected that the storylines of the fairytales have minimal or no connection with the real life and therefore, the children should be made aware of this fact so that they can interpret the meanings of the tales in their own ways (Campbell 122). Fairy tales are written with a sense of positive purpose and the children should be made enough capable to find it and interpret it. But there are some portions of the fairy tales that symbolically intensifies the sense of fear and deconstructs the moral development. Therefore, it is pretty clear that the fairy tales do have an important role to play in the childhood development either in a constructive way or through a deconstructive process. Similarly, the movies adopted from the fairy tales also have similar sort of effect on the childhood development. This is the reason why the movie makers try to improvise in the original story line to make the plot more appropriate for the children.