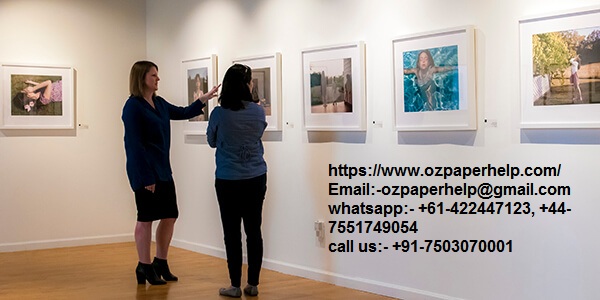 1. Background:Hallmark event is one of the international research for contacting different activities in different places. It is important to secure high prominence in the industry and reflects the primary function with prominence to the people.

3. Scope:The description of the study has stated the details and the objectives and aims has been introduced to achieve the success factors easily.

1. Description of the film festival in Cannes

The event which is celebrated for fashion is a Commune located in the AlpesMaritimes department (Ostrowska, 2017). It is a curious beast and attract a lot of attention of every people in the world. Several media from different parts of world visit the event to capture each and every moment of this event.

The interesting controversies has attracted different tourism which has gained the fund of the event. The event is organising from the past 70 years and the festival is conducted for 12 days. These attended by celebrities from across the globe with their superb fashion sense. According to the recent study of 2018, the film festival of Cannes has increased by 7% in 2017 compared to 2016. The total revenue earned in 2017 Cannes festival was £62.9m and has awarded with delicate numbers of prizes to different celebrities for the best performance in the world. The total revenue on has equaled the quarter of organic constant currency basis against 2016. However, the growth of revenue has slightly dropped the volume of award interest and delegates reflecting the reduced participation by certain major agency customers.

1.3 What happens in this event?

In the world of film, the festival de Cannes has the largest International showcase of cinematic Arts. In this platform, different people submit their films and in every submission it has the chance to be viewed by the representatives of the international movie industry (Ward, 2015).

1.4 Where and when is the event held?

This event takes place in each year in the month of May for 12 days. The occasion helps in the small city of Cannes in Southern France which turns into a meeting place for the players of Cinema world. The unique combination with ground floor, different international stars across all over the globe and first time movie makers has created a grand in by Roman and universal image with red carpet at the main screening. The event attracts 27,000 film industry representative and countless tourist which has helped the perfect spring weather in Cannes to be more beautiful.

1.5 What makes it a Hallmark event?

This is one of the big business where many stars and Hollywood insiders attend the festival for promoting their business and make the world premiere at the event (Ostrowska, 2017). Few big stars like AishwaryaRai, Priyanka Chopra, Nicole Kidman, Kristen Stewart, and Marioncotillard, Arnaud Desplechin, David cronenberg, Sylvester Stallone etcetera showcase their fashion sense and increase the value of the event. The events help the film industry and different director to showcase their ideas so that new films can be adopted for the customers and also it can help new people to grow.

The event combines glitzy, stars in studded red carpet premises with long, exhausting days of screening, meetings, networking and different parties for different stars. It is important for the film industry as it is big and fancy deal for the filmmakers with different events and complete with the competitors in the market.