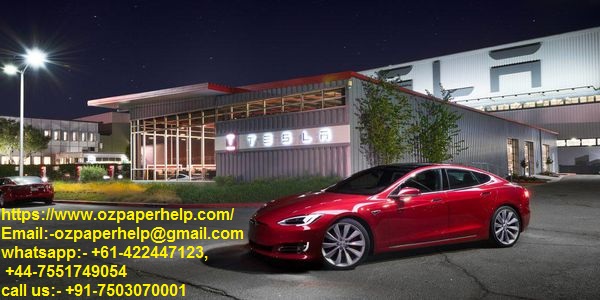 Tesla Motors has been widely recognized as one of the most well known and established companies associated with the production of  automobiles as well as the storage of energy. The company was founded in America in the year of 2003, but it rapidly extended the area of its business across several continents. Although the company is noted for producing efficient car models, batteries, charging networks and many other technological innovations, it has faced and still continuously facing several issues related to the disruption of environmental balance. These issues have also barred the company from earning considerable amounts of profit. Recently, Tesla became successful in earning a net profit of about 21.9 million USD during the third quarter of 2016 (BBC, 2016). However, the aspect of profitability is not the only issue. In an era when the entire world is trying focus on ways to restore the desired environmental balance, these issues are being discussed at large by several experts and business leaders from different parts of the globe. Tesla introduced two models of the battery packages for intended to be used in home and commercial sectors in the month of April 2015. The company stated that the batteries would use renewable energy sources and  that these batteries would contribute to the rate of reduction of tailpipe emissions (Westervelt, 2010). But the reports explain that most of the lithium-ion batteries, making use of cobalt and nickel, may negatively impact the environmental balance on a huge scale. Cobalt and nickel are regarded as extremely powerful materials which can cause some serious damage to the health of the human beings and the health issues might even include cancer (EPA, 2019). Takeshita and Mukainakano (2010) has presented some facts which say that the demand for rechargeable batteries across the entire world will increase as much as up to 30 billion USD by next two years (See Appendices). It means that the scenario is going to get worse. These environmental issues do not only include the aspect of the pollution but these also include the aspects of the global warming and negative effects on health conditions of the human beings. Moreover, the electric cars produced by Tesla seem to have similar kind of problems. The electric cars use lithium-ion batteries in order to make the vehicles lighter. If Tesla wants to produce a huge number of cars, they have to get access to huge amounts of rare metals needed for the designing and manufacture of energy storages such as these batteries. It directly has an impact on the environment. As the greater access to the rare metals means a greater level of mining, those metals will be mostly obtained from the environmentally destructive mines (Wade, 2016). The impact of lithium-ion batteries adds to the negative effect of these cars on a wholesome level. Moreover, it has also been observed that the manufacture and production of an electric car may cause higher levels of carbon emissions (see Appendices) as compared to the rate of carbon emissions observed during the manufacturing of a conventional car (Kimmell, 2016).

The specified issues are extremely concerning not only from an environmental perspective but also from a humanitarian point of view. The huge amount of carbon emissions caused by the manufacturing process of the electric cars will hugely disrupt the environmental balance  by causing various kinds of problems because the batteries alone lead to around 1 metric ton of CO2 emission during the manufacturing process of Tesla S model cars (Forbes, 2016). The negative impact of the lithium-ion batteries has been proven by several researchers and scientists with concrete evidence and facts. Furthermore, recycling of the batteries is also a concern. There are not enough number of specialized sites that may recycle the huge amounts of the large-sized batteries if the cars are sold at a rapid pace and in huge numbers because it has been expected that the worldwide car market will consist of around 7%  electric vehicles by the end of 2020 (Kumar, 2011). These are not only the issues for any specific energy or automobile industry but these problems hugely impacts the entire world. As the entire world and several business industries continuously emphasizing the need for production of such products that at least have minimal impact on the environment if at all cannot positively contribute to environmental sustainability, but the products manufactured by Tesla do not seem to mostly conform to such concern or tendency.