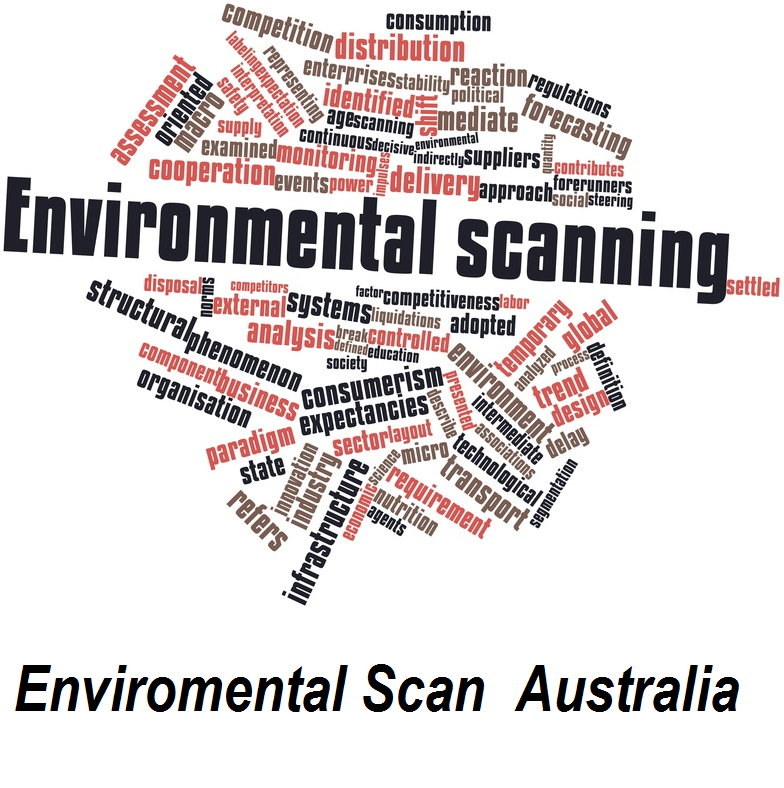 The business environment within which firms operate constantly changes; driven by factors such as politics, economic, social and technology. In order to for companies to remain profitable and sustainable in long-term it is vital that scans over the business environment is undertaken on a regular basis. This discussion will apply the PESTLE frame upon a chosen Australian firm operating within the Commonwealth.

Boost Juice is a retail outlet specialising in smoothies and juices, originally set up in Adelaide back in 2000. Nearly eighteen years on, the firm is now a recognisable brand in various foreign regions such as Bangladesh, Cambodia, Brunei, Chile, India, Estonia, Malaysia, Indonesia, Namibia, Singapore, New Zealand, Taiwan, South Africa, Thailand and UK. The Company successful expansion abroad is primarily attributed to its franchising strategies.

As of 2017, there were 467 retail outlets spread across Australia and other parts of the world. The Company saw immediate success, with nearly 175 stores opening throughout Australia in a manner of four years (Boostjuice.com.au, 2018).

The Juice/smoothie bar industry in Australia has remained a lucrative business opportunity until date. The industry is still growing rapidly, with a constant 7.6% growth rate predicted in 2013-2018. The value of the industry is expected to reach around $ 404.4 million by the year 2018. Moreover, competition is fierce with nearly 100 businesses entities or brands operating within the market. Boost Juice is currently the market leader dominating 65% of sales share as pointed out in a report by IBIS World (2017).

The current political instability is a concern for businesses operating within Australia.The ongoing political crisis has seen leadership change four times in the last four years, with no prime minister being able to sustain office for more than a year.Several issues lie at the heart of the County’s political crisis. For example, the political journalists, poll-driven media, the politicians and the voting public itself. This suggests that the instability could continue for a long period; as these issues are at the core of Australian politics (Sharma, 2018).

In the case of Boost Juice,political instability could bring inconsistencies within distribution, sale and supply. It could also influence strategic decision and decision-making processes. Furthermore, it is likely to influence business continuity strategies, as a single strategic thrust may prove difficult to adopt in long-term (Aisen&Veiga, 2013). For example, the formation of new governments could bring changes to competition laws, which is likely to influence Boost Juice, considering that it is the largest player within the industry by big margin.The instability could also bring changes in international relations and diplomacy between Australia and other countries. If relations with countries within which Boost Juice operates is negatively affected, it could make business operations difficult in those regions. Political vendetta and boycott of Australian brands in such countries would drive sales to the ground.

Despite Australia’s chaotic political environment, the economy is extremely stable and resilient. It stands as an example of a developed nation that was unaffected by the global recession in 2007. Economic growth throughout the 2013-2017 period held stable at around 2.2%-2.6% per year. The continuous demand for resources such as iron ore, coal and LPG is believed to be the driving force behind this growth, complemented by the fact that Australia remains an attractive market for investment. The report by FocusEconomic predicts GDP growth to pick up in 2018 rising to 2.8% and 3% the following year (2018).

In January 2017, 1 AUD was exchanged for 1.06 SGD; however, by September 2018 its value dropped to 0.97 SGD. If the currency continues to lose to value, it would lower profits and raise operational costs for Boost Juice.

Australia is ranked 14th in “ease of doing business”, parameters which suggest how easy starting a business is, how easily credit can be availed and how well contracts are enforced. A ranking of 14 portrays an extremely suitable business environment for investment and business.   Tang’s(2017) report suggests that access to capital or credit is extremely easy, with Australia ranking sixth. The report also states that Australia is 6th easiest country to set up and run a business. While, this has positive implications over Boost Juice; it brings issues relative to competition. Since, it is easy for individuals or small business to set up shop, it encourages new players to enter and compete within the market. This could help explain why an immature market segment such as juices and smoothies could harbour as many as 100 different competing brands. As more players enter the market, the likelihood of price wars, unethical marketing and market share loss is extremely high (Gershon, 2013).

Quality of life in Australia is high with an average life expectancy with women living up to 85.46 years and men up to 81.5 years (Theguardian.com, 2018). The high life expectancy suggests a rising inclination towards healthy food and lifestyles. In addition, minimum wage is high at $ 18.29 (Abc.net.au, 2018) translating to higher human capital expense for Boost Juices. Education is another social factor that could affect Boost Juice, with a literacy rate that is close to a 100% (Knoema.com, 2014). A high level of education indicates smarter and more aware customers. Hence, their product choices and decisions are well informed and thought off (Erasmus, Donoghue &Dobbelstein, 2014).

The report by Mitchell (2018) helps portray Australia’s latest digitisation trends. According to this comprehensive report, 21.74 million or 88% of the population has access to internet. While, nearly 69% of the population or 17 million are active users of social media services. Another key trend identified is that fact there are approximately 19.16 million mobile phone users. These technological trends affect Boost Juice’s business plans in a significant way. Firstly, with internet being any extremely accessible platform, reaching out to customers over the internet is extremely vital. Secondly, advertising might end up being more effective over online platform rather than costlier conventional platforms such as television ads, newspapers etc. Hence, Boost Juice must alter its marketing and CSR activities to take advantage of the eminent popularity of online services (Aral, Dellarocas&Godes, 2013).

The Australian legal framework supports free markets and aims to create a suitable environment for businesses to thrive and compete. Because of this,Australia possess extremely strict laws to prevent anti-competitiveness within the economy. The Competition and Consumer Act of 2010 is the primer legislative that overseas issues related to anti-competition within the Commonwealth (Australiancompetitionlaw.org, 2018). The presence of strong competitive laws influences how Boost Juice operates within the Juices/Smoothie industry. This is relevant to the Company as it holds a massive 65% in the entire market. If Boost Juice attempts to expand and capture more market space, it could be seen as an act of anti-competitiveness. The Company could be accusedof adopting a business model that seeks to develop a monopoly within the industry (Corones, 2014).

Australia is currently battling a few environmental concerns. Some of the concerns directly relate to Boost Juices with regard to sourcing and use of natural resources. Firstly, deforestation, which is causing salt levels in water bodies to rise, makingagriculture nearly impossible. Secondly, destruction of native biodiversity because of deforestation (Wilderness.org.au, 2018). Thirdly, unrecyclable waste caused by the use of plastic bags (Gralow, 2018). Fourthly, an eminent water crisis within the Country has made it difficult to gain access to clean drinkable water (Wright, 2018).

The ongoing political instability is expected to continue, which might bring major changes to business operations across the Country. The best solution for Boost Juice in this scenario is to develop a flexible business strategy. In order words, promote the need to change and evolve within the firm, focusing on the ability to adapt rather than remaining stable or stagnant. Likewise, an appropriate methodology for implementing organisational change should be considered along with a contingency plan for dealing with emergency or high-risk situations. In addition, Boost Juice should alsoincorporate protective policies that prepare the firm for potential political uncertainty. Lastly, existing insurance schemes should be considered and reviewed to ensure it protects assets in the future.

In order to manage the risk of currency fluctuation or depreciation in multiple markets, Boost Juice is recommend to adopt the following strategies:

v  Establish well defined and clear agreements with overseas partners, which address matters such as currency fluctuations and prices adjustments to ensure business profits are not affected. Such an agreement should also include a base line rate, with upper and lower limits of currency fluctuation.

v  Gather a skilled and experience finance team to help address and monitor currency and other finance-related risks.

v  Determine a set of parameters, which signal the need to cease operations in that region, either temporarily or permanently.

The study also revealed that consumers within the Commonwealth are among the most sophisticated and educated in the world. The follow should be incorporated to meet their needs:

·         Being transparent with consumers. In order words, being honest with what the product is and what it can help deliver

·         Use social media pages for interacting with customers

Ø  Strictly abiding to the nationwide ban of plastic bags. The use of paper bags is recommended in this regard

10 facts about deforestation in Australia | Wilderness Society. (2018). Retrieved from https://www.wilderness.org.au/news-events/10-facts-about-deforestation-in-australia

Australians living longer but life expectancy dips in US and UK. (2018). Retrieved from https://www.theguardian.com/society/2018/aug/16/australians-living-longer-but-life-expectancy-dips-in-us-and-uk

Sharma, D. (2018). How to fix the flaw at the heart of Australian politics. Retrieved from https://www.smh.com.au/politics/federal/how-to-fix-the-flaw-at-the-heart-of-australian-politics-20180822-p4zyyl.html

Wright, I. (2018). Cape Town is almost out of water. Could Australian cities suffer the same fate?. Retrieved from http://theconversation.com/cape-town-is-almost-out-of-water-could-australian-cities-suffer-the-same-fate-90933