Economics and Its Principles 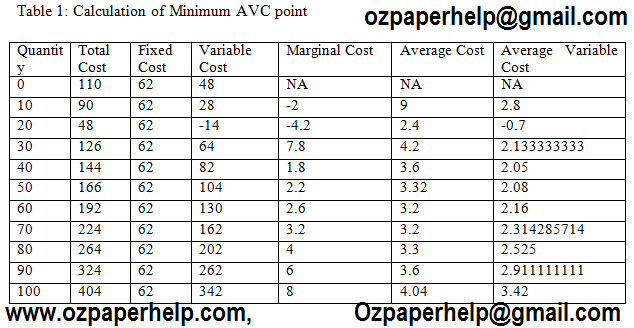 Economics and Its Principles

In terms of economics, economies of scale indicate the situation when an economic unit produces more units of goods on a large scale through incurring comparatively fewer input costs. This economic phenomenon occurs when a company grows through increasing its production units and consequently gets an opportunity to reduce costs. Economies of scale can be divided into two types, which are internal, external economies of scale (Baumers et al. 2016). In internal economies, the size of a company plays significant role instead of the nature of its industry or market. For instance, a large company can by huge amount of products.  This in turn aids the company to reduce per unit costs of the materials what they require for the production process. On the other side, an entity can experience external economies of scale based on its size. The government mostly experiences this type of economic activity and this can be varied city wise. For instance, the government can decrease taxes for some specific cities in order to attract large scale companies that offer more jobs. In this context, the developers of big real estate companies convince the local governments to building and roads for supporting their production system. This further helps those concerned developers to save their production costs (Knaap and Oosterhaven 2017). In addition to this, large companies also get economies of scale by conducting joint research activities with universities and this also reduces the cost of a company. In this context, the development processes of cities also help small companies to get sufficient advantages for their production.

The shut down point of a firm is its lowest point of average variable cost (AVC) curve. In this point, the firm does not receive any benefits and consequently it stops production activities temporarily. This is because the firm cannot bear its fixed cost and variable costs. According to the above table, this point occurs when the firm produces 20 units of output.

GDP or the gross domestic product represents the value of a country’s economic activity within a specific period of time, say 1 year. To calculate GDP, it is essential to conduct the sum of the prices or market values of all final goods and services that are produced in present year. The formula to calculate GDP in an open economy is:

The term ‘gross’ is used because; it considers all goods and services without considering their use. Moreover, this formula to calculate gross domestic product is applicable in both developed and developing countries. This primary indicator represents the economic health of a country.

In developing countries, poverty is measured on the basis of consumer expenditure. A household is identified as poor if its total expenditure lies below a specific poverty line. The analysis of poverty depends on some specific factors, which are income levels, consumption, employment opportunity and literacy rate. In addition to this, the analysis of poverty also considers nutrition level, availability of safe drinking water and sanitation.

The economy of Australia has increased constantly since the last 27 years without experiencing a recession. For this, the country makes a record for having the longest record of recession-free growth among all developed countries all over the world. The unemployment rate has decreased constantly over the last 5 years and in February 2019, it reaches to 4.9 percent. This is the lowest jobless rate of this country since 2011. Moreover, the participation rate has also increased during the same year and reaches to the highest level.   The inflation rate of Australia remains stable by below 2 percent in most of the years since 2017. This indicates that the price level of this country does not fluctuate so much for the last few years. However, the annual growth rate of Australia’s GDP fluctuates drastically over the last 5 years. Instead of this, it can be said that the mixed-market economy of Australia reached to the highest level in 2017. In this year, the value of Australia’s GDP became $1.69 trillion. The economy of Australia maintains its strong progress with the help of uninterrupted economic growth in each year. The economy of this country grew even in the phase of global financial crisis of 2008. Considering all the economic activities, this country expects to have an average growth of annual GDP by 2.7 percent between 2019 and 2023 (Sarkar et al. 2018). International trade plays significant role to develop the economic condition of this country. Australia is the largest exporter of agricultural products while the largest trading partner of this country is China.