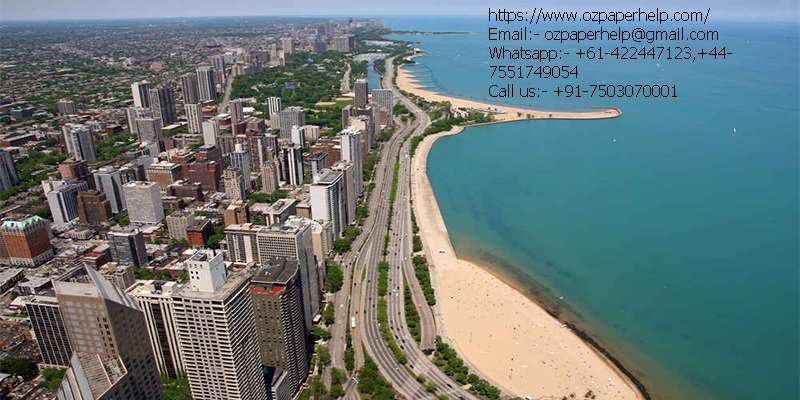 The following project focuses on a proposal that reflects the business problem associated with eco-tourism in the gold coast. The Gold coast is an attractive tourist destination in Australia and the government needs to focus on eco-tourism. Eco-tourism is associated with the tourism business that is focused towards the natural environment and its conservation (Beaumont, 2011). This current research study discusses the problem that is associated with the Eco-tourism in Gold coast. The previous research problem that existed and a decision was taken already is also discussed. A questionnaire is prepared based on which the current problem in the proposal is discussed. The proposal also discusses that why ecotourism is important and to what extent the promotion of ecotourism is essential to boost the tourism industry of Australia. The methodology, as well as the research design, is discussed. As a research sample, a survey is conducted regarding the importance of ecotourism from the locals in Gold Coast. The main objectives were to see how ecotourism has contributed in conserving a place and how the locals can be involved in the process of conservation.

The concept of ecotourism is a new direction in the tourism sector. The research questions that highlights the problems in ecotourism are not many people know what the term ecotourism actually states. The region promoted for the ecotourism are often fragile which indicates that if more tourist visits the place the ecosystems would be more vulnerable to damage. Ecotourism may promote unknown local tourists destination which might lead to inflation in the local area (Bentleyet al. 2010). The endangered flora and fauna of the gold coast may be preserved with the help of ecotourism. Promotion of ecotourism by the Australian government would also raise more awareness and responsibility related to the natural endangered species of the gold coast. However as Gold Coasts are a beautiful place and a splendid tourist destination, much promotion of the place would increase the number of tourists visiting the place. The increase in the number of tourists may encourage the locals to earn more money through tourism which would lead to depletion of the natural resources and pollution. The guides need to be trained and have ethics that need not focus on created good facilities to the visitors as that would increase the depletion of resources. Unlicensed or irresponsible guides may have less concern about the wildlife’s and may cause more risk to the society there. Sometimes the locals also face the threats cause due to a large number of tourists as to provide availabilities to the tourists the habitat or the species may be destroyed (Bryman & Bell, 2015).

As per the responses obtained from the respondents the researcher could come to the conclusion that the level of understanding regarding ecotourism is moderate. Ecotourism is a concept that does not only include visiting a place but the concept of holidaying with causing the lowest possible pollution in the economy (Buckleyet al. 2012). Hence people need to prohibit the idea of having a lavish holiday by using private cars or jets or staying in eco-hotels and having lavish meals. All these ideas affect the environment of the ecosystem and cause pollution. The tourist needs to avail the public transports and food to promote ecotourism. Raising awareness might attract the funds from the people who are interested in volunteering or raising the funds needed for the conservation of the ecosystem.Also as per the respondents, 80% of the people do not prefer going for an eco-tourist holiday. They prefer spending the holiday in a silent less crowded place however they prefer holidaying with all facilities available from the tourist’s spots. Also, the respondent's responses reflect that many people go holidaying through travel agents. Travel and tourist agencies or organisations aim at making profits through the travel programmes and hence that might affect the natural habitat of the destinations. People visiting by arranging independently might avail to the local transports (Fennell, 2014). From the survey, it was also seen that many people like greener environment but the daily lifestyle they spent are not always greener. Several facilities increase the pollution of the environment. Hence the profit motives and optimising cost with holidaying is an issue among the people.

Ecotourism is not always properly promoted by the government of Australia. The Gold coast and the opportunities available are mentioned however the awareness related to ecotourism is not much spread. The organisations and tourist agencies focus on expanding the business by attracting tourist however that are usually influenced by a profit motive. Ecotourism is an important tool that can influence preserving the endangered plants and species. Often eco-tourism, however, has negative impacts on the local economies (Higgins, 2011). The organisations that promote tourists and services might offer better job opportunities than the traditional jobs existing in the community and the local towns or villages might get attracted to the better job opportunities. Hence the constant change in the availability of money and resources may affect the people in the ecotourism locality. The attraction of tourist might deplete the resources. Australia has a large number of natural resources,however, do not appear as the leader in ecotourism. The message regarding ecotourism is not consistent (Buultjenset al. 2010). The ecotourism concepts shall not contrast with the objectives of conservation and experience of high quality. The price ranges provided by the eco-tourists lodges are also usually high which makes it a domain in which the rich are attracted. Huge investments are not required however prohibition of luxury lodges and more investments in medium shelter facilities needs to be focused. This would attract many customers with below average as well as average incomes and would also lead to less depletion of the natural resources. Due to the availability of larger eco-tourist lodge the expenses related to the co-tourism is large whereas people with low income would prefer the destination that requires average expenses.

The ecotourism concept plays an important role regarding the transformation of the economy and the society. Tourism helps in bringing the cultural as well as social development in the economy. The problem associated with the ecotourism is that any times a large number of expenses is involved (Fitzpatricket al. 2011). However, in the recent days, many food and lodging facilities have been promoted in the Gold Coast area. The media slowly is helping in pushing the concept of ecotourism. The ecotourism is not only promoted through TV but also through tourism websites and the audio mediums in the form of advertisements. Also before working people did not get time tom pack bags and go for a holiday. However recently due to the influence of many organised groups, people prefer to spend some time in some area with is silent and less crowded. The majority of respondents responded that they would choose an Ecotourism spot due to the remote places with no crowds and also cause them could see the endangered species more closely. The literature available on ecotourism is extensive. People need to have more awareness related to the environment and also have a responsible behaviour towards the environment. The perceptions of ethics influence the environment responsible behaviour to a vast scale. The tourism offers needs to be ecologically sustainable. The involvement of the different group styles also matter. People that are below forty years sometimes prefernightlife or a market area compared to the people who are above forty who prefer silent locations. Along with the conservation of waters, parks, birds or animals, a sense of having a pollution free life is also essential (Haaland&Aas, 2010).

Beaumont, N. (2011). The third criterion of ecotourism: are ecotourists more concerned about sustainability than other tourists?. Journal of Ecotourism, 10(2), 135-148.