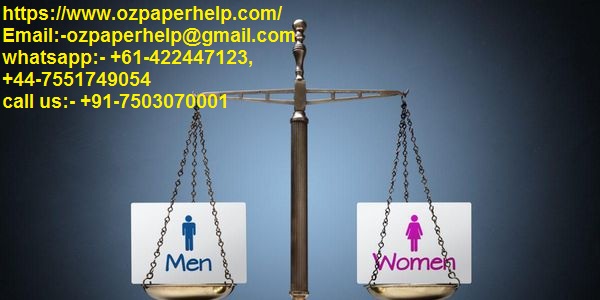 As stated in the Bible, women are not created equal to the men. Women were made from the rib of Adam and thus men are better. As per the statement, Women are less good at sport and thus they can deserve less amount prize money for their victories. At the US open and the other tennis majors, now women earn same amount of prize like the men. However, this case was not visualised in the previous period. The Guardian has charted female champion’s prize money where the pay equality is not same. During the period of 1970 to 2010, the women prize money was relatively low than the men. In the previous period, there is a long divide between female and male earnings in tennis. In 2007, Wimbledon becomes the last of the four major tournaments to offer equal prize. The fight to gain rights of equal prize for women athletes has been sustained from the period of 1973. In n1973, Billie Jewan King has founded Women’s Tennis Association and become the pioneer of gender equality in sport (bbc.com, 2017).

From this historical period, women are fighting for getting equal prize in sport, where Tonny Blair has also supported the idea of equal opportunity. However the England clubs refuse to introduce it. It is outrageous that the modern world women can pay less than man for doing the same job. In this case the factors related to longer play and the other differences are irrelevant. Myth and the religious belief here often play as a factor that depicts negative belief on equal prize for woman (theguardian.com, 2015). However, no religious belief has been mentioned in the Bible and other Epics regarding the difference between male and the female.  Primarily conservative myth is playing major rule in such issues.

Both men and women are hard workers and women are generally fought to gain equal right at all levels. Women are very much dedicated to sports. Therefore, the God has made men and women equally, therefore equal opportunity is also justifiable here.  Due to people perception and conservative belief, women are not getting paid for same amount of play as man per game.

Equal rights and chances is always ethical factor for everything including the prize money. In the modern society, both men and women are working in the same job and get equal education and opportunity. Equality has been written into law for prioritizing the social value at all levels. It is based o the fundamental human right (thestudentroom.co.uk, 2017). In the Canadian law, the equal pay right is supported under section 15 of the Charter of Rights and Freedoms. Therefore, government has taken standard initiative to maintain these ethical rights for all.

In various cases such as cycling and the Tennis, initiative legal implication has been applied to maintain equal rights for both men and Women, in the Wimbledon open the equal pay for the women is a respective attribute for the hard work and interest of the woman players (weforum.org, 2017). The legal implication also can minimise the impact of myth and negative belief that supports the differences among men and women. I future such legal stapes can be effective to facilitate a betterment of the social environment as well as community at all field including sports.

theguardian.com  (2015). Battle of the sexes: charting how women in tennis achieved equal pay. Retrieved on 12 September 2018. Retrieved from: https://www.theguardian.com/sport/2015/sep/11/how-women-in-tennis-achieved-equal-pay-us-open

weforum.org  (2017). How women won the fight for equal prize money at Wimbledon. Retrieved on 12 September 2018. Retrieved from: https://www.weforum.org/agenda/2017/07/wimbledon-women-equal-prize-money/