Diversity In The Workplace 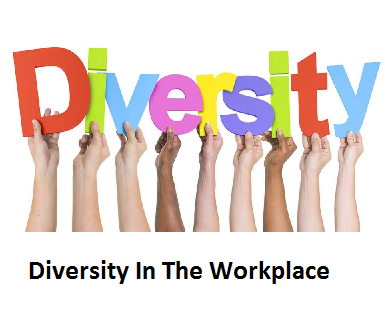 Diversity In The Workplace

(a)     Australia doesn’t have a quota system, but many companies choose to set diversity targets.

(b)     Australia has a quota system regarding the number of women in management roles. It applies to large companies only.

(c)     Australia doesn’t have a quota system, but it does have compulsory targets in many areas of diversity.

(d)     Australia has a quota system for key under-represented areas such as women, disability and older workers.

(a)     Diversity management is a collective term used to describe all human resource policies and procedures related to equal employment opportunity.

(b)     Diversity management is the name given to the team of employees responsible for establishing diversity aims and objectives.

(c)     Diversity management is about recognising and valuing human differences and creating an inclusive environment.

(d)     Diversity management is the process of identifying the diverse needs of staff and matching them to the needs of the organisation.

3.       Within an organisation, which of the following areas is most affected by the diversity policy?

4.       Which of the following places is NOT an appropriate location for a company’s diversity policy?

(d)     With the owner, manager and/or department manager.

(a)     Diversity can help capture a greater share of the consumer market, improve customer responsiveness and build better relationships with customers.

(c)     Diversity increases complaints and conflict, but that is the price to pay for increased productivity and market share.

6.       If your company was concerned about its diversity performance, what would you suggest they do?

(a)     Conduct a diversity audit to see how well their diversity policy has been implemented and understood.

(b)     Gather data from surveys and the HR database on the breakdown of employee diversity statistics.

(c)     Create a diversity council to monitor and review the diversity policy.

7.       Carrie wants to apply for a promotion to Regional Marketing Manager. Upon talking to her manager, she is told that due to the extensive travel the position entails, they prefer to hire a man. What is this an example of?

(a)     Statute law is the term given to the process of making legislation in parliament at a state or federal level.

(b)     Statute law can also be referred to as common law. It is judge-made law.

(c)     Statute law is the term given to legislation made at local council level, such as council regulations.

9.       In which of the following Acts of Parliament would you be likely to find legislation regarding conditions of work, such as annual leave, parental leave and the right to request flexible work arrangements?

10.     Jeffrey is a carer for his disabled wife. He is semi-retired and works 28 hours a week. He was not included in a training course that everyone else in his department did, as his manager said he didn’t work enough to justify the cost. Without the training, he can’t apply for a promotion or take project opportunities in another department. What could this be an example of?

11.     Jazzercise is a gym for women only. It places an advertisement for a female fitness instructor. Can they do this?

(b)     Yes, if they have a special exemption with the HREOC. It is an example of allowable discrimination.

(c)     Yes, if they have a special exemption with the HREOC. It is an example of covert discrimination.

12.     What does the term ‘unjustifiable hardship’ mean?

(a)     Where employing a person with a disability would be too difficult because they may pose a health and safety risk to themselves or others, or making allowances for them would be too costly.

(b)     When the organisation makes efforts to accommodate employees with a disability, where all reasonable circumstances are considered.

(c)     Where the manager or supervisor has a duty of care to protect their staff from harassment, bullying and discrimination and fails to do so.

(d)     Longstanding direct and indirect discrimination that seems to be ingrained in the company.

13.     Prejudice, bias and a ‘boys club’ mentality can prevent women from achieving high-level management positions. What is this commonly referred to as?

14.     Under the Disability Discrimination Act, an employer must make reasonable accommodation to employ someone with a disability. Which of the following is true?

(a)     You must make reasonable accommodation, even if doing so will result in a large expense for the organisation.

(b)     You are exempt from making reasonable accommodation if the disability poses a workplace health and safety risk.

(c)     For privacy reasons, the employee does not have to disclose any disability or condition to the employer if they don’t want to.

(d)     Making reasonable accommodation is always a difficult and expensive thing to do.

15.     A company diversity audit reveals a lack of women in management. What suggestions would you make to improve the efficacy of the diversity policy?

(a)     Run a staff meeting and reprimand management for being biased and discriminating against women.

(b)     Set targets for women in management and put out a directive that states that no men are to be promoted until the targets have been achieved.

(c)     Review recruitment and selection procedures for bias and indirect discrimination, establish networking groups for women and suggest setting a target for women in management roles.

(d)     Conduct the diversity audit again the following year and hope the statistics have improved.

16.     A company diversity audit and review of grievances over the past year reveals a problem with bullying and discrimination against LGBTI employees. How could the organisation show support for the LGBTI community?

(a)     Conduct training to overcome stereotypes and bias. Support the Pride in Diversity program and establish network support groups for LGBTI employees.

(b)     Review the organisation’s grievance procedures.

(c)     Retrain managers as the problem must be due to poor role modelling.

(d)     Run a staff luncheon, encourage employees to communicate effectively and introduce them to someone from the LGBTI community.

17.     What could your company do to be more inclusive of age-based diversity?

(b)     Have a policy and strategy for flexible work arrangements made available to all staff.

(c)     Encourage all staff to keep up to date with technology and make training available.

18.     You want to employ someone who can work a rotating roster of weekends and evenings. Which of the following questions abides by EEO?

(a)     The job is physically demanding and I’m concerned you’ll not be able to manage with the shiftwork at your age.

(b)     The job involves being on a rotating roster, which will include some weekends and evening shifts. Can you comply with this?

(c)     You mentioned earlier that you were a mum. Who will look after the kids when you work evenings and weekends?

(d)     Do you have family responsibilities? How will this impact on your ability to work shiftwork?

19.     Which is the legal definition of sexual harassment?

(a)     Unwelcome behaviour of a sexual nature that a reasonable person would find offensive, humiliating or intimidating.

(b)     Repeated behaviour of a sexual nature that a reasonable person would find offensive, humiliating or intimidating.

(c)     Sexual behaviour that a person would find offensive.

(d)     A pattern of sexual behaviour that is unwelcome and offensive.

20.     Which best describes the usual order that a grievance procedure takes?

(b)     Ask to have an informal chat with HR and then report the grievance to your manager. If the matter is still not resolved, seek support from Fair Work Australia or the Human Rights Commission.

(d)     Try to resolve the problem directly with the person/s concerned. If this doesn’t work, then raise the grievance with your immediate supervisor. If this is not resolved, or you are unhappy with the result, report the grievance to HR. If the matter is still not resolved, seek support from Fair Work Australia, or the Human Rights Commission.

(a)     Bullying can include physical and psychological harm.

(b)     To prove sexual harassment, you need to demonstrate a pattern of repeated behaviour.

(c)     Bullying and harassment often occur in situations where there is a power imbalance between people.

(d)     Grievances can be costly and time-consuming for the organisation.

22.     Jenna works in stores. She feels intimidated and harassed by a regular supplier. How should her manager handle the situation?

(a)     The manager doesn’t need to as he only has responsibility to protect her from bullying and harassment from colleagues.

(b)     The manager should ask her to keep a diary and record what happens each time she feels harassed, so there is clear evidence to confront the supplier later on.

(c)     The manager should ban the supplier and never do business with the company again.

23.     What is the best way for an organisation to ensure that staff are aware of the company’s policy on harassment and bullying and know what to do if they experience it?

(a)     Run training sessions at least on an annual basis and any time that there is an update on policy and/or legislation.

(b)     Make the grievance procedure and policy on harassment and bullying available in various forms, such as electronic, hard copy and in various languages, if necessary.

(c)     Include awareness training during the induction of new employees.

24.     Masie has been repeatedly asked out by Jim, a colleague. She has said ‘no’ on several occasions, but he still keeps asking. Masie feels so uncomfortable now that she tries to avoid any situation where she might be alone with Jim. Could this be sexual harassment?

(a)     It could be sexual harassment because it is unwanted, of a sexual nature, and Masie is avoiding Jim, which demonstrates she is not only uncomfortable, but intimidated by the situation.

(b)     It could be seen as general harassment, because Jim is hassling her, but it’s not sexual harassment.