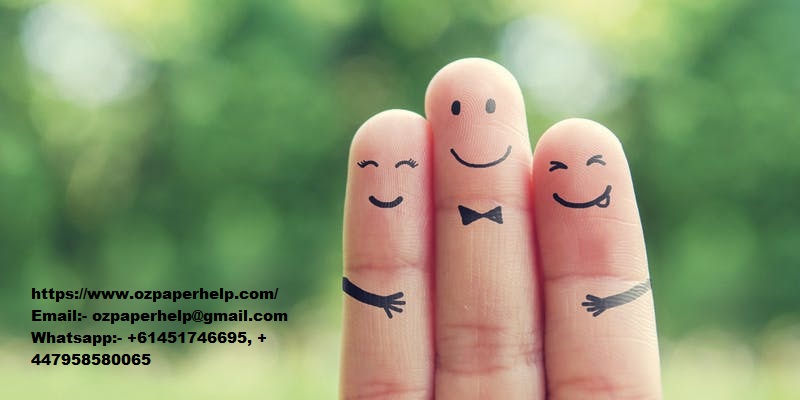 Love is a strong affection or warm attachment towards someone as defined from various sources. Some behaviorist relate love to the closeness, touch andattachment built between the infant and the mother from when he/she isborn.The mothersatisfies an infant needs such as hunger, thirst and avoidance of hunger. The Freudians believed that the breastfeeding strongly attaches the infant to the maternal mother which is not the case according to an American Psychologist Harry Harlow.

Harlow demonstrates love differently through his ‘Discovering love’ study. He conceptualize love as something different and cannot be achieved through basic provision of survival needs such as food rather than affection and contact comfort,(Demetriou et al, p.120-124). To demonstrate on his discoveries, he carried out a study on development of affection responses of rhesus monkeys to artificial mothers. In his study, he built two surrogate mothers where one was made from soft cloth and the other one from wire mesh. The wired surrogate mother had a nursing baby bottle which provided milk to the infant monkeys. The infants were left to two mothers for duration of five months. In his results, he observed that, the infant monkeys always spend much of time on the cloth surrogate mother because they were overwhelmed by a contact comfort rather than in wired surrogate where they could only go when feeding and then go back to cloth mother.

The experiment on infant monkeys by Harlow might present some facts about comfort of the contact strengthening love, but cannot be an enough evidence to generalize that love is dependent only on the contact and skin attachment. As much as Rhesus monkey have some characteristics of human beings, it doesn’t mean that they possess vital characteristics and dignity possessed by human beings, therefore it was wrong and inappropriate for Harlow to draw conclusion on his research based on monkeys and not humans,(Demetriou & Helen, p.280-290). Appropriate research on love should be subjected to human beings as basis for study and not animals, therefore Harlow’s research should be regarded a failure and disqualified for lack of facts. In addition, the research violates rights of animals evident by action of isolating infant monkeys from their parents and introducing them to adverse conditions where there were not receiving parental care.

Some books defends the rights of animals from exploitation and mistreatments. In the book Animals, Property and the law by Gary L. Francione, fights against the mistreatments towards animals where William Kunstler states that pain is pain irrespective of race, sex or species of the victim. In my opinion, I strongly support the statement because inflicting pain on any living things by whichever means is bad and should be against the law. Gary L. Francione, author of Animals, Property and the law asks why the law has failed to protect exploitation of animals,(Caudwell et al, p.2-6). He argues that, as long as animals are viewed as property, they will always be subjected to suffering for economic and social benefits of human beings. In his book, he discusses the history of animal treatment, federal animal welfare and some cases such as controversial injury of baboons at Pennsylvania University.

In my support to Gary L. Francione, animals should be treated fairly just the same way people are treated. There should be no more experiments done on animals for purpose of retaining their dignity and protecting their rights as living things. There should be establishments of animal rights bodies to govern the welfare of animals by ensuring that they receive fair treatments while in their surroundings and are kept in favorable environments.

Love is not something which can be proven through scientific methods. The study of Harlow on infant monkeys presents a cruel nature of himself since it was so unethical to separate young monkeys from their maternal mothers when they needed close parental love and care. Exposing Infant monkeys to adverse and strange environments was so inhuman since it exposed them to dangers and diseases. According to articles on animal rights, some of acceptance of animal rights state that, there should be no experimentation on animals and no use of animals for hard labour etc. In contrary to those rights, Harlow went against the first right and did his experiments on Rhesus infant monkey for his own benefit which according to animal rights is inhuman and unethical.

In his study, he wanted to prove his opinions that love is only depended on skin to skin attachment and not necessarily through provision of food as evident through wired surrogate mother which provided milk but after all that, the monkeys spend much time on the clothed surrogate mother who provided contact comfort. The research conducted shows that, the infants fed on baby milk attached on wired surrogate mother,(Ivanova et al, p.39-44). According to rights governing animals, isolating young ones from their mothers before enough lactation, exposes them to early diseases and unhealthy feeding habits since it is known that fresh breast feeding supplies enough nutrients and protects infants against diseases. It was unethical that Harlow denied the infant monkeys their rights of maternal mother care and breast feeding at a very tender age.

In his further study, he took the monkeys to strange environments to test their behaviors by presenting them with their surrogate mothers and then with no parent in a room. When wired surrogate mother was available or there was no parent in the room, the infants cried and crouched as they screamed but when the clothed mother was presented, they happily clutched and rubbed their bodies against her, (Riggs et al, p.18-22). This shows that, isolating the infants from their maternal mothers exposed them to adverse climatic conditions which made them cry and scream as they froze in fear.

The research done by Harlow is not based on reliable methods therefore the findings in his study are just his own opinions but not proven as he claims in his study,(Qadri et al,  p.240-245). Proper research could be successful only if the subjects for study were human beings for they portray realist aspects of love as compared to rhesus monkeys used in Harry Harlow’s research. Incorporating animals in research of love only inflicts them to pain and the results may be inappropriate.

The topic of the study, “Discovering love” was used by the researcher with intention of proving some strategies of gaining love which indicate that contact, attachment and affection were most effective in attracting the infant monkeys. However the research don’t appear to have appropriately provided the correct results because even though Rhesus monkeys portray some human characteristics, the fact is that, they are not human beings and cannot be used to justify how love is strengthen. In addition, it was unethical for the researcher to use animals in his experiment for it was a total abuse to young monkeys who have no one to fight for their rights.

Caudwell, Jayne, and Darragh McGee. "From promotion to protection: human rights and events, leisure and sport." (2018): 1-10.

Riggs, Damien W., et al. "The Link Between Domestic Violence and Abuse and Animal Cruelty in the Intimate Relationships of People of Diverse Genders and/or Sexualities: A Binational          Study." Journal of interpersonal violence (2018): 0886260518771681.